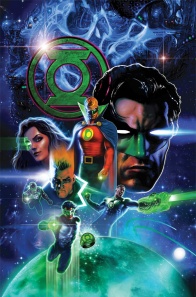 Head to DCComics.com to check out the artwork. “Green Lantern 80th Anniversary 100-Page Super Spectacular” will retail for $9.99, and will be available at local comics shops and digitally from May 20, 2020.