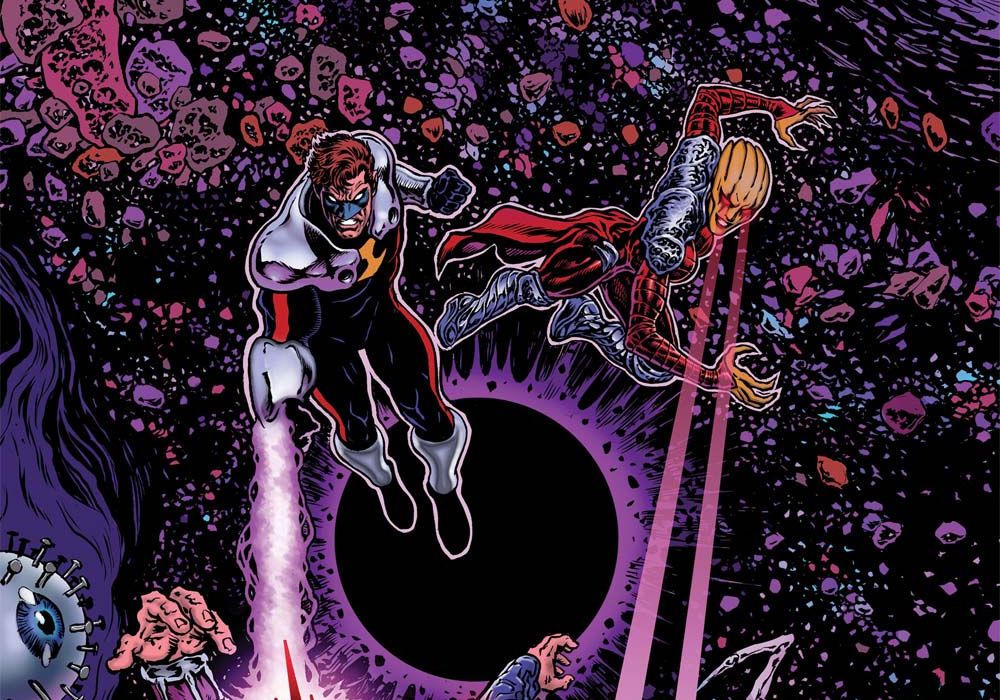 DC have announced that Grant Morrison will set the stage for the next part of his run with “Green Lantern: Blackstars,” a three-issue series illustrated by artist Xermanico (“Injustice”). The series, which spirals out of the events of the twelfth and final issue of Morrison and Liam Sharp’s “The Green Lantern” in October, reveals Hal Jordan has somehow altered history, and caused the Green Lanterns to never exist. Now, Hal is a member of the Blackstars, who Morrison describes as “a sinister cult of universal peace and harmony, involving surrender to the will of the insidious and/or possibly illuminated Controller Mu — are in the process of subjugating the universe to their creed.” 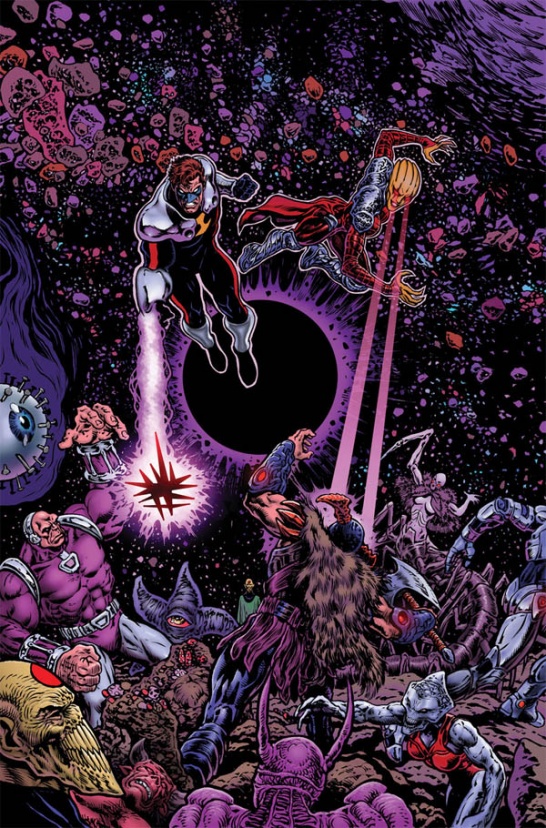 The miniseries will see Jordan and Cosmic Vampire Countess Belzebeth spearheading an assault on various worlds, including the old Red Lantern homeworld of Ysmault, Mongul’s empire – and Earth. The cover depicts the Blackstars battling various other cosmic DC villains, from Starro, to Steppenwolf, and the Dominators.

“The Green Lantern” #12 will be released October 2, and “Green Lantern: Blackstars” #1 will follow on November 6.

Who are the Blackstars? What are they? Answers will be revealed as the unstoppable Blackstars set their sights on the demons of Ysmault, Mongul…and a tiny, backwater planet called Earth in Green Lantern: Blackstars #1. Paving the way for more exciting Green Lantern adventures in 2020, a dangerous new chapter of the Green Lantern mythology starts on November 6th.

“Oa is the skeleton-paved haunt of vengeful demons,” teases Morrison on the new project, “And the Blackstars—a sinister cult of universal peace and harmony, involving surrender to the will of the insidious and/or possibly illuminated Controller Mu—are in the process of subjugating the universe to their creed.”

Following the catastrophic events of The Green Lantern #12 by Grant Morrison and Liam Sharp, scheduled to hit shelves October 2nd, 2019, no Green Lanterns can be found patrolling their space sectors…not a single power ring lights the darkness! What happens in the finale of Morrison and Sharp’s incredible year-long run is shrouded in mystery, but the Green Lantern Corps is no more! Scratch that—they never existed in the first place. What has Hal Jordan done?

“Jordan’s one of the Blackstars’ primary operatives,” continues Morrison. “He’s central, although the Cosmic Vampire Countess Belzebeth vies with him for control of the narrative in Blackstars. Hal Jordan is the kind of man who will excel in any situation, so naturally he’s an elite Blackstar in this altered-continuity.”

Green Lantern: Blackstars #1, written by Grant Morrison with art by Xermanico, debuts in comic book stores and online retailers on Wednesday, November 6th with the first of three triptych covers by Liam Sharp and a variant cover by Darick Robertson. For more news and updates on the World’s Greatest Super Heroes, visit www.dccomics.com, the DC YouTube channel or follow @DCComics on social media.