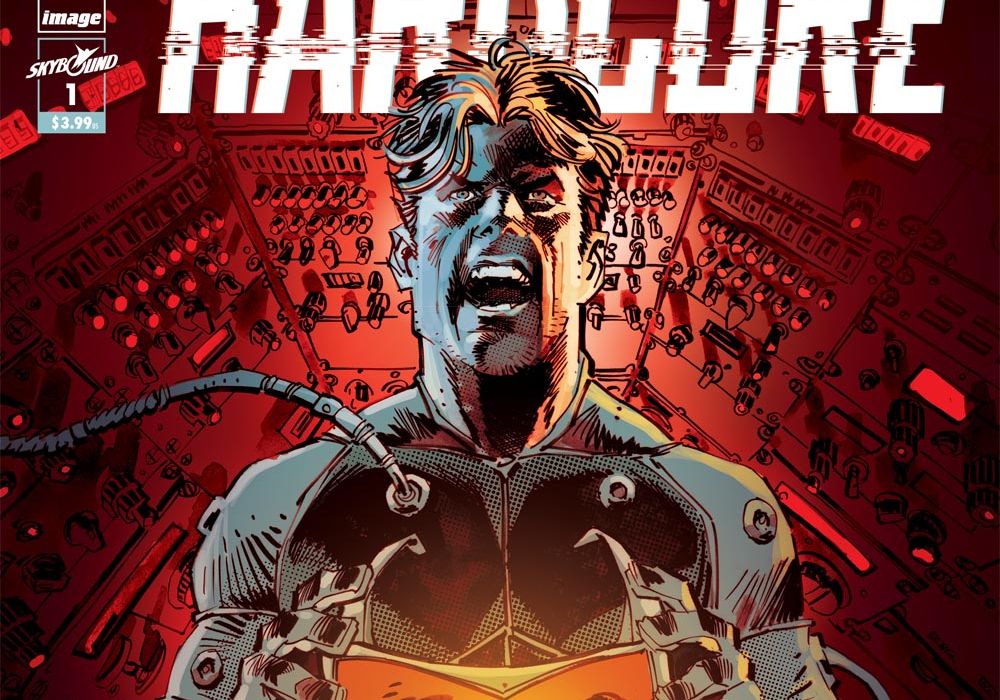 Skybound Entertainment and Image Comics have announced “Hardcore,” a new sci-fi action thriller starting in December. Here’s a trailer for the comic, which was created by Robert Kirkman and Marc Silvestri, written by Andy Diggle (“Thief of Thieves”), penciled by Alessandro Vitti (“Iceman”), and colored by Adriano Lucas (“Birthright”):

The comic revolves around Hardcore, a government program that has developed the means to take over the minds of other people, firing darts full of nanites into their bodies so they can force them into performing assassinations and espionage, and so that they’ll take the fall for these crimes. Agent Drake, the protagonist, is the one tasked with puppeting their bodies from a sophisticated chamber, though it often has a delirious effect on him, depending on whose bodies he’s controlling. When enemy agents attack the Hardcore program, Drake finds himself stuck in the chamber and another man’s mind, with only days to free himself before the nanites dissolve and render him braindead.

“Hardcore” #1 will be released on December 12, 2018: in the meantime, enjoy this four-page preview of the first issue, which sees Drake carrying out a targeted killing, all while he’s saddled with a particularly hefty puppet. 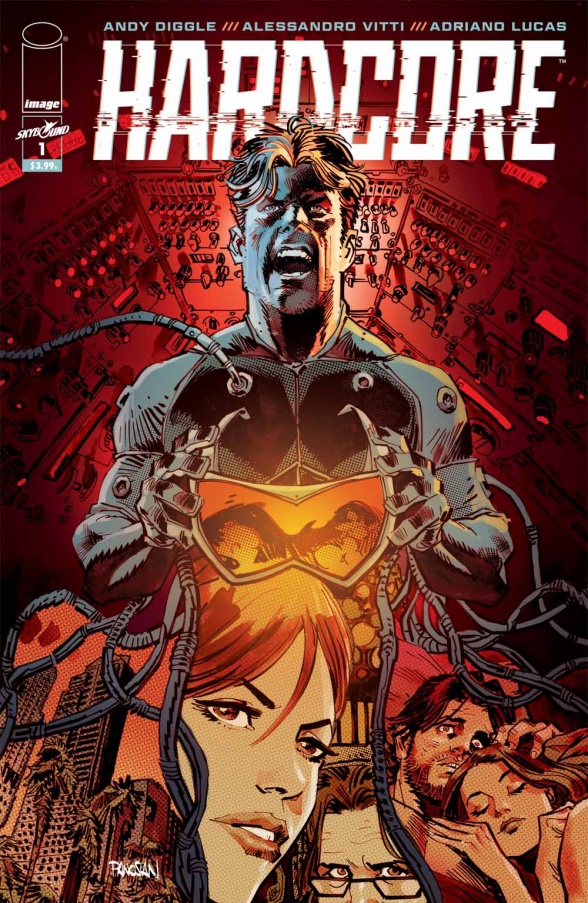 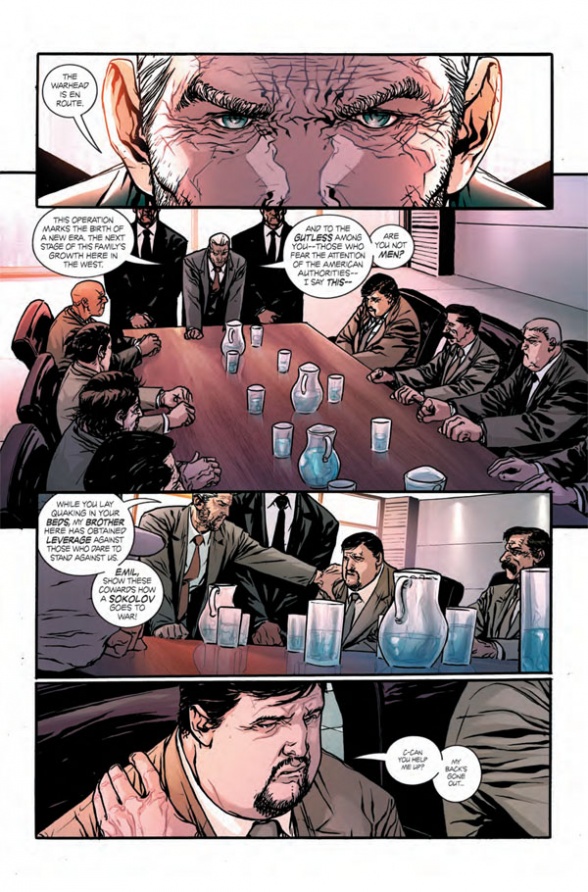 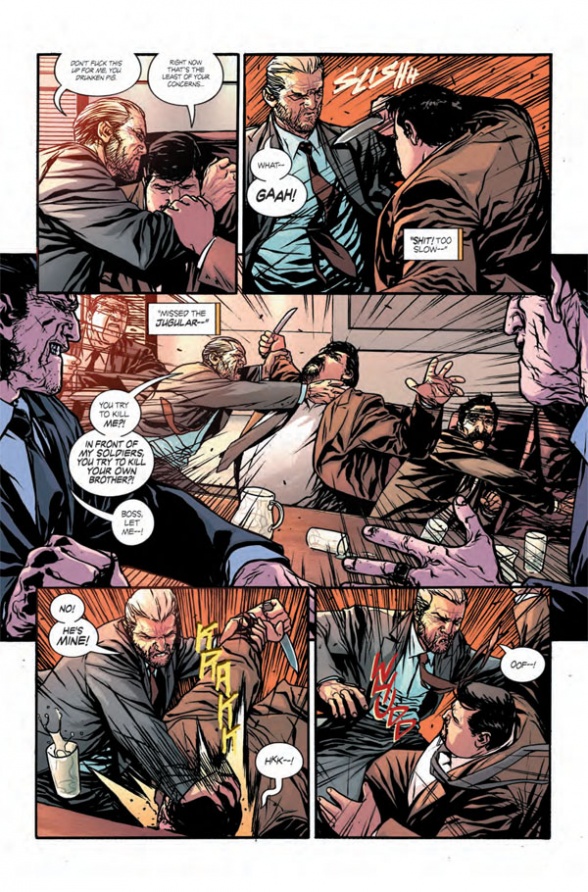 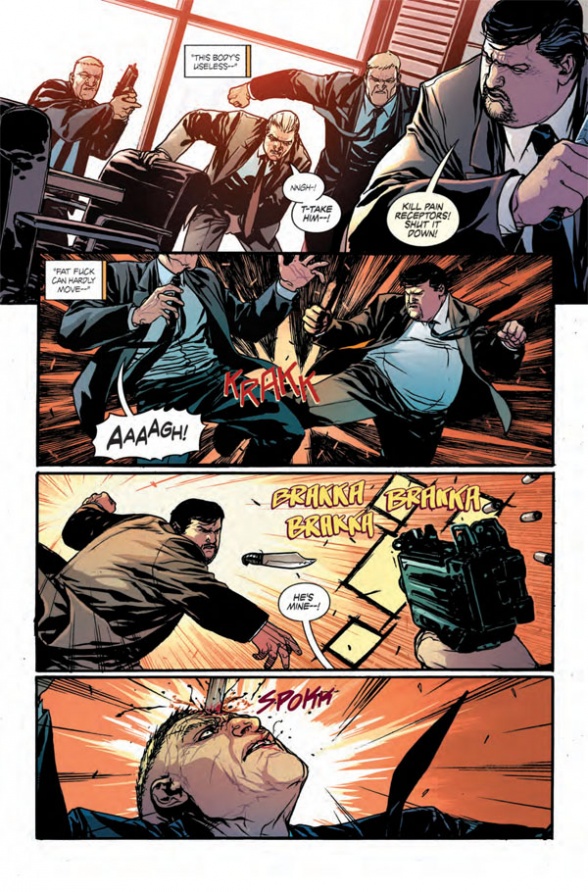 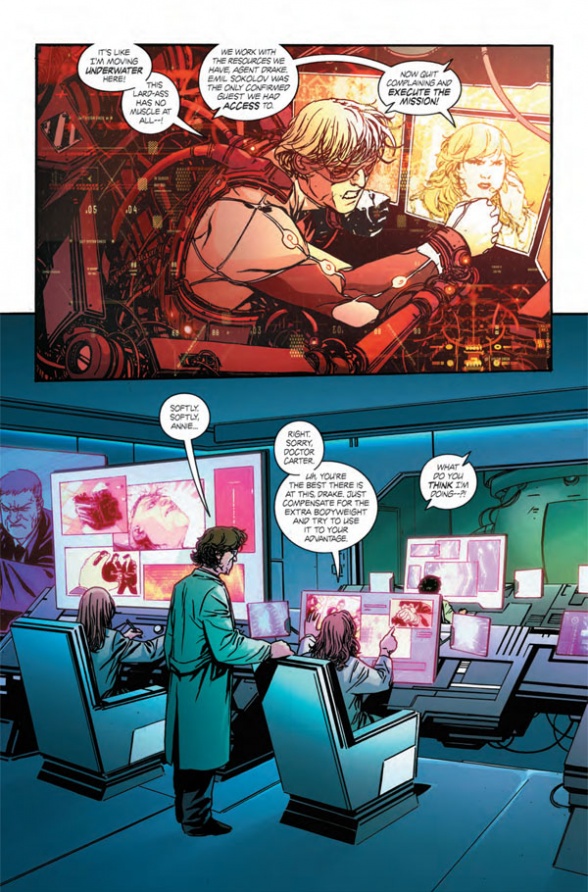