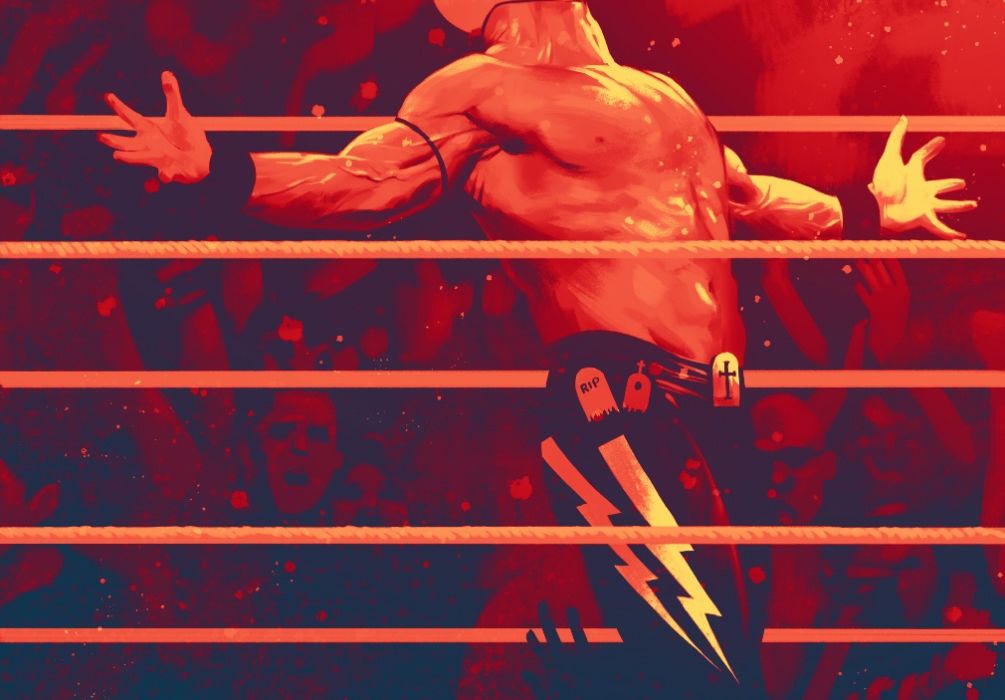 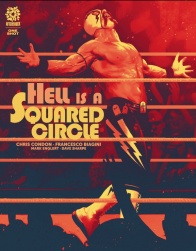 “That Texas Blood” writer Chris Condon is making his debut at AfterShock Comics with this fall’s one-shot “Hell is a Squared Circle,” created in collaboration with artist Francesco Biagini, colorist Mark Englert, and letterer Dave Sharpe. Touted as a “wrestling noir,” the story follows lower card heel Ted “The Irish Mooska” Walsh as he attempts to turn his life around, only to find himself on the wrong side of the law. “This book is about a guy who just can’t seem to get out of his own way,” Condon says of the story. “You know, classic fodder for any noir tale.”

Condon pointed towards William Gaines’s pre-code EC Comics titles like “Tales of the Crypt,” and Vice’s documentary series Dark Side of the Ring, as inspiration for the book. He also states late ’90s Nintendo 64 games also had a hand in the book’s development. “The two aliases of our main character were both inspired by WWE video games that my buddy Mike and I played when we were kids,” he explains. “My character was Irish Mooska, his was Tombstone. It’s just so much fun to finally see those names get used in something like this. They now exist in a larger world, no longer confined to a dusty N64 cartridge.”

“Hell is a Squared Circle” will be available September 21, 2022, with cover art by “That Texas Blood” co-creator Jacob Philips, and a special incentive cover from Francesco Francavilla. It will be 48 pages and retail for $7.99. 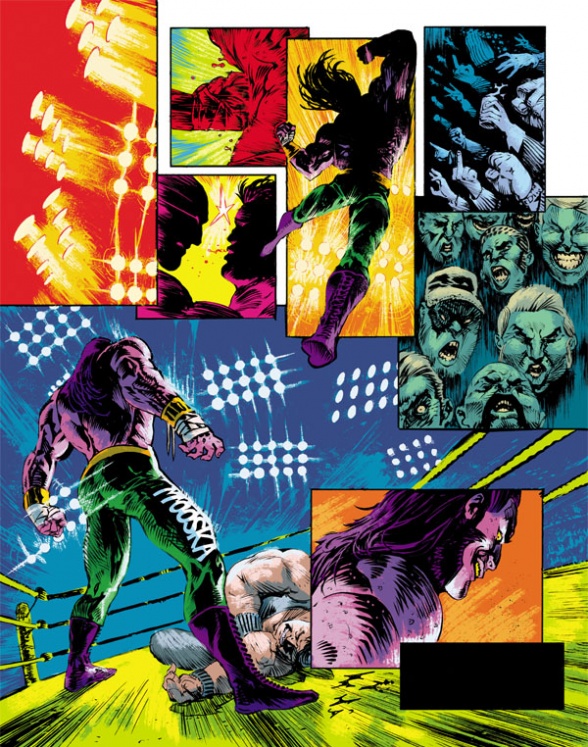 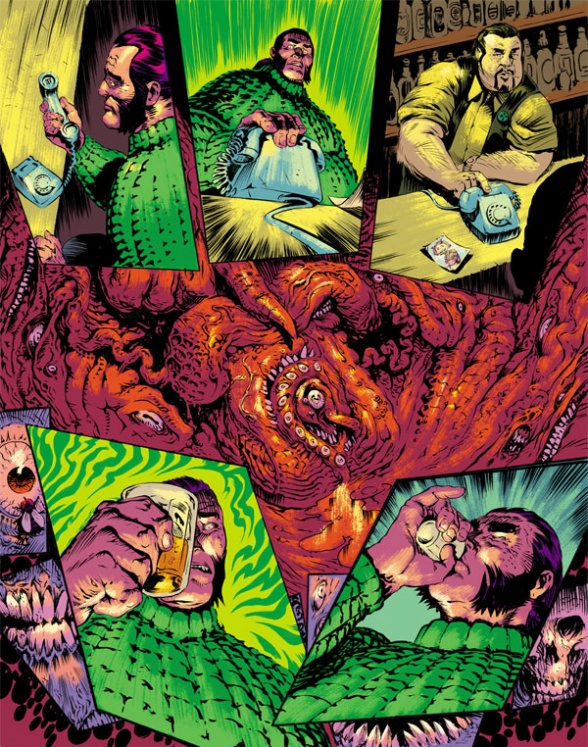 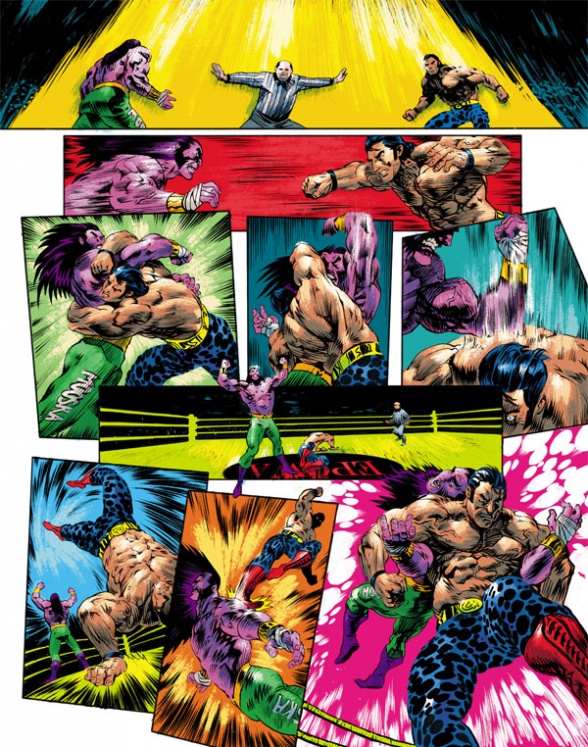 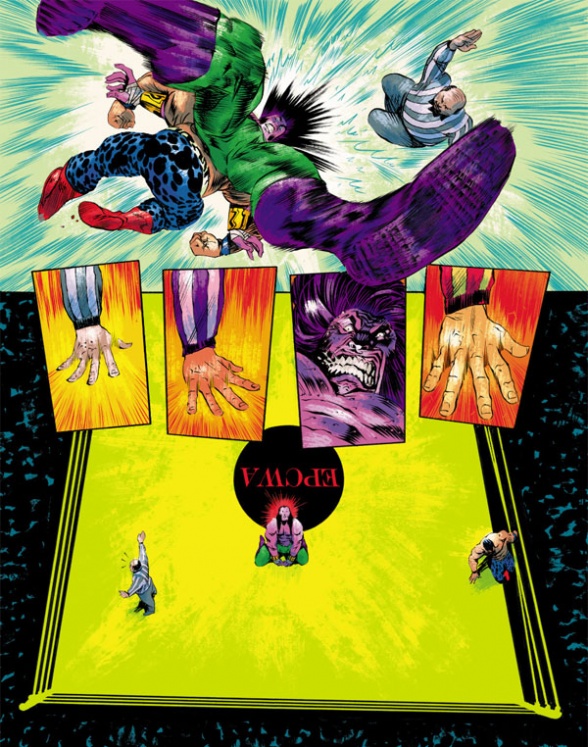