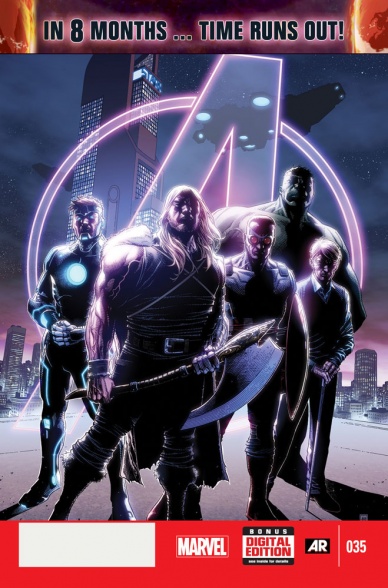 Marvel’s September solicits were released today, and there’s quite a bit worth talking about (which is why we have a monthly solicit analysis column, which will come out next week). However, at a surface glance of solicits, one thing becomes clear quickly: there are 15 books released at the $4.99 price point.

To put that in some context, here’s the breakdown:

What makes this noteworthy is that this is 15 comics, bumped up from August’s 6. Most of these were Annuals or otherwise special issues (the end of “Original Sin,” “Superior Spider-Man’s” return), but it becomes further important to note the rising price point because — assumedly — the selling point is that these are 40 page comics.

The current 32-page comics Marvel produces sell for $3.99, but on average 20 of those are actually the comic, and there’s usually no difference between a $3.99 and $2.99 comic other than that a $3.99 comic is most likely a flagship title (based on the characters or creative team). Occasionally you’ll see a book raised from $2.99 to $3.99 to combat a title’s low sales, as well.

Unless this is just a fluke and books like “Avengers” and “New Avengers” are only temporarily jumping up to 40 pages at the $4.99 price point (lets assume that “Thor” and the two “Deadpool” books are just temporarily increased), we could be looking at more and more increases to $4.99. That’s very much a quick, kneejerk Mad Money reaction, I’ll grant you that, but the jump from 6 to 15 coupled with a few regular ongoing books getting a $4.99 price point is curious.

At the time that this article has been posted, Marvel has not commented on the price increase. We will update if they do.