As one of comics most surprising self-published debuts, “After Houdini” by Jeremy Holt, Kevin Zeigler and Ryan Ferrier ran up quite the run of positive reviews when it first came out at Heroes Con with a special Ash Can edition, such as from IGN, Newsarama, MTV Geek and us. Now, the comic formerly uncolored has been given a makeover with colors by Kendall Goode, and has officially gone on sale at Challenger Comics digitally.

You can find a brand new preview of the book online here as well.

Arriving in my inbox mysteriously this morning from an unlisted e-mail address (which, yes, is a thing), the below strange image from the Society of American Magicians was delivered to me: 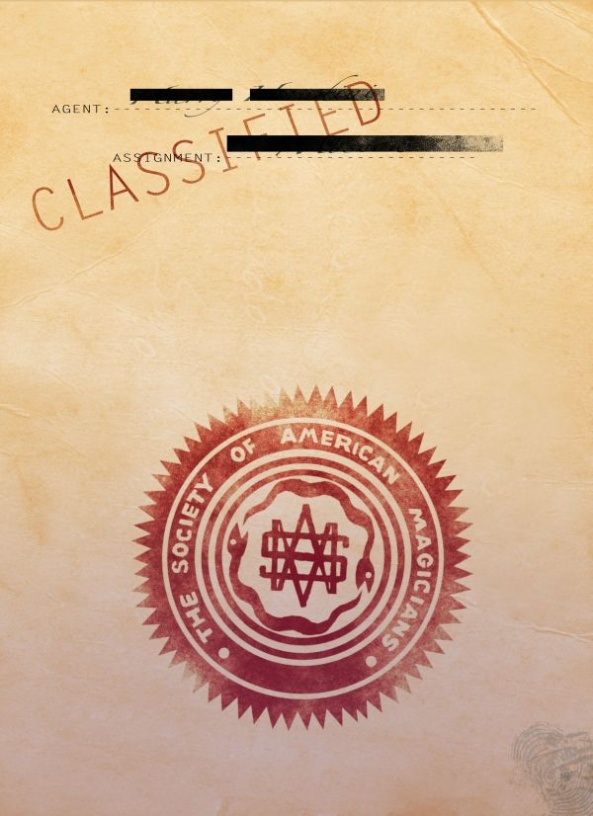 What does it mean? I’m not quite sure. I mean, sure, S.A.M. was an organization founded by Harry Houdini and is one of the oldest fraternal magic organizations in the world, dating back to 1902, but “After Houdini” is about spies and WWI and Josef Houdini, Harry’s estranged son. It’s possibly related to the other things talked about in this post, but the question is how?

We’ll let you know more as we come across it. In the meantime, be sure to check out the first issue of the series, on sale now.