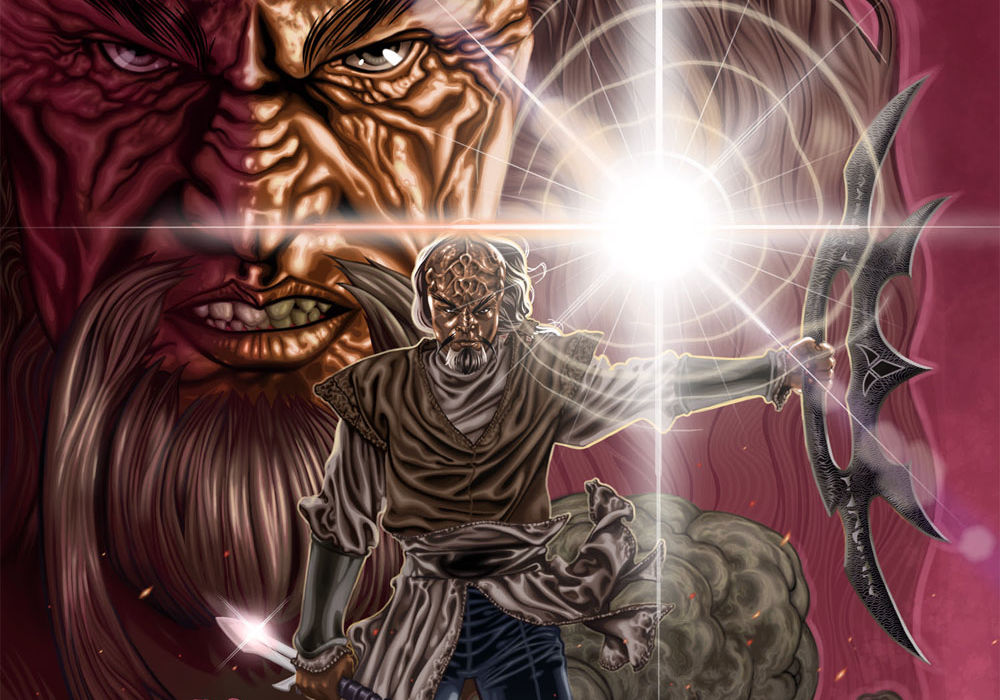 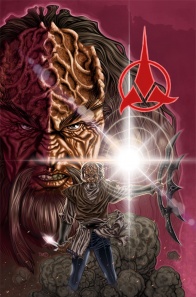 IDW Publishing have announced a new series of oversized one-shot Star Trek comics, each exploring the history and culture of a different alien species. The first book, “Star Trek: Klingons,” will be released in February, and explore the life of Kahless, the legendary founder of Klingon society. It was written by Jackson Lanzing and Collin Kelly (“Star Trek: Year Five”), and will feature art by Timothy Green II (“Annihilators,” “Animal Man”).

Lanzing said, “I was, in large part, raised by Star Trek… and no culture helped me come to terms with my masculinity, my anger, and my personal code of honor more than the Klingons. So when I tell you the only thing more exciting to me than taking the Enterprise crew on their final journey in ‘Star Trek: Year Five’ is getting to show the man behind the myth of Kahless the Unforgettable, you can believe it.”

Kelly added, “We’ve been pitching this story since before we’d ever been hired to write ‘Star Trek.’ We never in a million years thought it would be a story we actually got to bring to life. And with an artist of the caliber of Timothy Green II — whose detailed, beautiful work owes so much to the greats of Japanese tradition — this will be a saga worthy of Kahless.”

IDW previously spotlighted the different alien species of Star Trek in the simply named “Alien Spotlight” series from 2007 to 2009, although the Klingons were featured in their own miniseries around the same time, “Star Trek: Klingons – Blood Will Tell.” The character of Kahless (whose clone was portrayed by the late Kevin Conway on Star Trek: The Next Generation), was previously explored in the 1996 novel Kahless, written by Michael Jan Friedman.

“Star Trek: Klingons” will released with a Cover A by Timothy Green II, and a Retailer Incentive edition by Alexandra Beguez. It will be followed in April by a book starring the Ferengi.