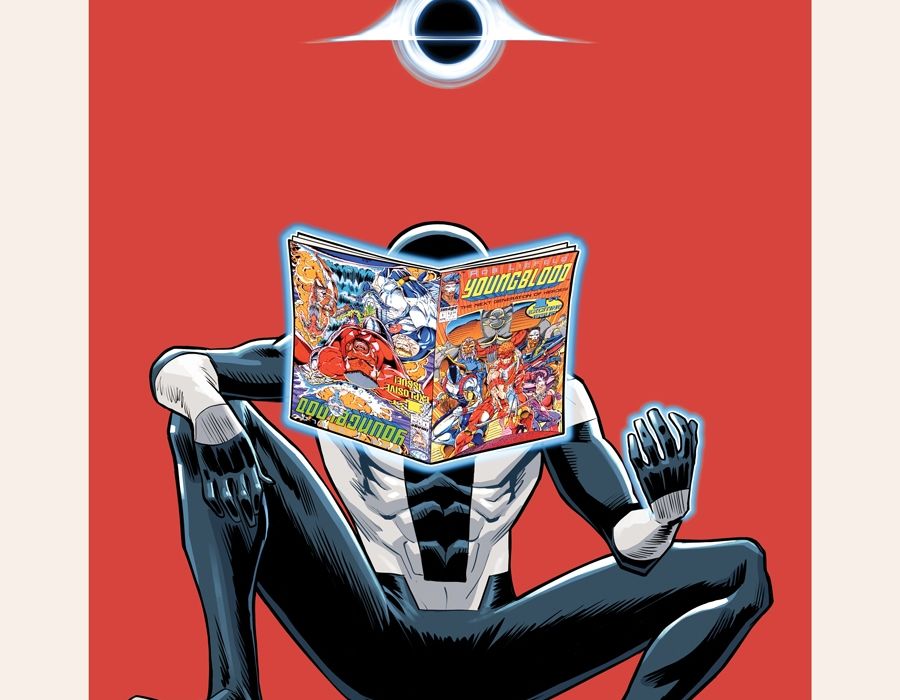 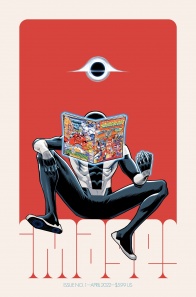 Image Comics was founded by some of the highest profile creators in comics in 1992, and 30 years later it’s commemorating that event with the 12-issue anthology series “Image!,” featuring some of the biggest creators of its contemporary era. The anthology launches along with two new ongoing comic series: “Old Dog” by cartoonist Declan Shalvey (“Moon Knight,” “Time Before Time”), and “Blood-Stained Teeth” from writer Christian Ward (“Batman: Urban Legends,” “Machine Gun Wizards”) and artist Patric Reynolds (“Hellboy and the B.P.R.D.,” “Aliens”).

“There’s no better testament to what Image is all about than the incredible talent we work with, so an anthology featuring an amazing assortment of those artists, writers, colorists, and letterers seemed like a no-brainer,” said Stephenson. “We literally would not exist without the creators we publish, and ‘Image!’ is a celebration of their unbridled creativity.”

“Image!” #1 releases April 13 for US$5.99. There’s no confirmation yet on if the stories in this anthology will be related to existing Image stories, or will feature new material. 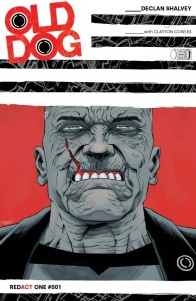 “Old Dogs” by Declan Shalvey is a new, grounded espionage series featuring a failed CIA field operative, who wakes from a coma incurred at the end of his messy and failed career. He’s recruited by a mercurial spy group, and let loose once again. The series is fully written, drawn, designed and colored by Shalvey, with Clayton Cowles assisting on letters.

“I’m so unbelievably excited to let ‘Old Dog’ off its leash. For a long time I’ve been itching to develop my own solo series from scratch; one that I write, draw, colour, design,” said Shalvey. “Anyone who was a fan of the kinetic, done-in-one storytelling I employed on ‘Moon Knight’ will enjoy this series. It’s full of mysteries, conspiracies and every now and then, someone gets a serious beating, often the main character.”

A sneak peek of the series will be available in “Image!” #1. The series is described as a mash-up of some of the most prolific spy stories of the 21st century, including Jason Bourne, The Americans and “Sleeper.” This is Shalvey’s first ongoing project he has cartooned, following shorter stories in Marvel anthologies, and single issues like “The Immortal Hulk: Flatline,” and “Time Before Time” #6.

“Old Dog” #1 releases in June with a cover by Shalvey. 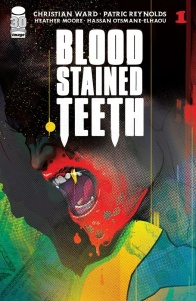 “Blood-Stained Teeth” is another contemporary thriller, combining consumerist satire with monster horror, as Christian Ward and Patric Reynolds tell the story of vampire socialite Atticus Sloane, who turns the rich into vampires for money in an effort to control modern wealth. The comic also features colorist Heather Moore and letter Hassan Otsmane-Elhaou.

Reynolds says, “[Ward’s] interstellar sensibilities and my street-level grittiness may seem like light years apart, but when combined in ‘Blood-Stained Teeth’ they tell a unique vampire story that is as lysergic as a downtown neon jungle at night (as colorist Heather Moore so strikingly renders), but haunted by characters that are still deeply human. Drawing blood can satisfy the darkest and greediest of impulses, but it also can free those from pain and guilt. It’s this conflict that I think makes this story unique and soulful, and I can’t wait for the reader to experience it.”

Christian Ward is also a cartoonist who previously wrote “Machine Gun Wizards,” and cartooned the back-up stories for each issue; this will be his second creator-owned series as writer.

“I’ve been thinking about making this comic for years and it struck me, that in a time where we have billionaires racing to explore space rather than pay taxes there’s never been a more apt time to tell a story about a secret society of vampires who are feeding not just on our blood but also on our money,” he said. “Bringing this book to life with my fantastic co-creator Patric […] has been the very opposite of soul sucking, and I’m so excited for people to discover the world of ‘Blood-Stained Teeth’ and their new favourite bastard Atticus Sloane.”

“Blood-Stained Teeth” #1 releases April 27 with a cover by Ward and variants by Reynolds, Shalvey and Jamie McKelvie. Check here for a five-page preview.