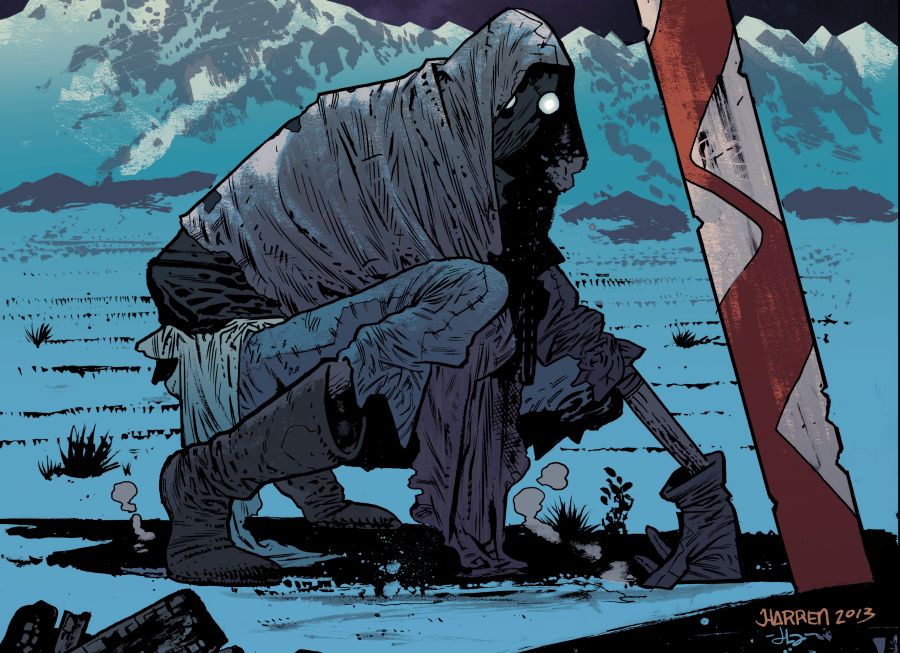 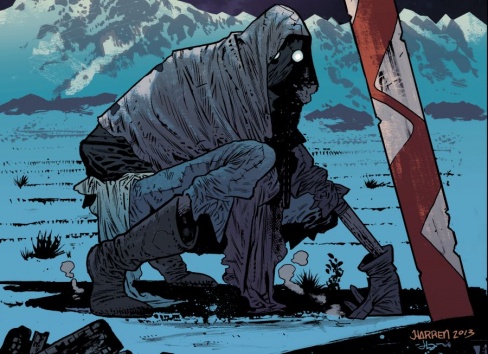 We are huge fans of the work of both John Arcudi (“The Creep”) and James Harren (“Conan the Barbarian”) – especially when the two work together on “B.P.R.D.” We no longer have to wait for the Harren-drawn arcs now to have these two working together, as Image announced a new ongoing, “Rumble,” from the pair starting in December.

Described as a “scarecrow Conan fighting in a Louis C.K. show directed by David Fincher,” the series looks absolutely insane in the best possible way. The promo image above is not just signed to Harren, but also to Jason Latour, who took to Twitter to say that he was “playing Scottie Pippen to James Harren,” so we can presume either inking or coloring the piece. Whether or not this hurts Harren’s chance at doing more “B.P.R.D.” remains to be seen, but let’s cross our fingers that he can somehow do both.

We will, of course, offer you more news and information on “Rumble” as it is released, but make sure to sock away 4 bucks or so a month to pick this up come December.

For the full press release from Image, see below.

Co-creators John Arcudi (writer of BPRD, Savage Wolverine, A god Somewhere and the Eisner nominated The Creep) and comics rock-star James Harren (Artist on Conan, BPRD, and cover artist for the Hawkeye vs. Deadpool mini series) have come together on a project that is both quite literally of epic proportions and completely “street-level-human” in its themes in RUMBLE. Both bizarre as hell and familiar as life, the new ongoing series comes to Image Comics in December of 2014.

And RUMBLE is a strange book, that’s for sure—like a scarecrow-Conan fighting in a Louis C.K. TV show directed by David Fincher—with a supporting cast of odd characters, many of whom aren’t even human.

“I’d been developing the ideas for Rumble for some time, but it wasn’t until James and I started talking about it that it really came together, that it all started to make sense,” said Arcudi. “That’s when the potential was realized in a way that really freakin’ excited me! You look at his work and you know he’s going to bring explosive ferocity to the big action, and all the moodiness that the weirder elements are going to require. He’s cutting loose on Rumble in ways that will surprise even his fans. It couldn’t be a better team!”

“The history of modern comics is bedazzled by great collaborations, and John Arcudi and James Harren are definitely part of that great tradition,” said Eric Stephenson, Publisher at Image Comics. “I’ve admire both their work for a long time now, and I cannot tell you how excited I am to have them here at Image. Forget everything you’ve seen from them before: Rumble sets a new standard for this awesome creative team!”

RUMBLE is a bizarre action/adventure urban-fantasy horror story—with a dash of humor at times. Coming to Image Comics this December. 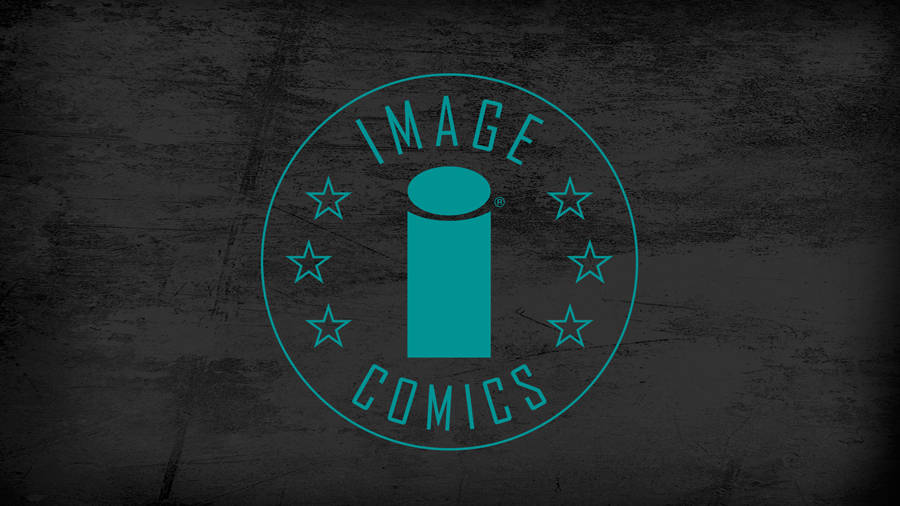 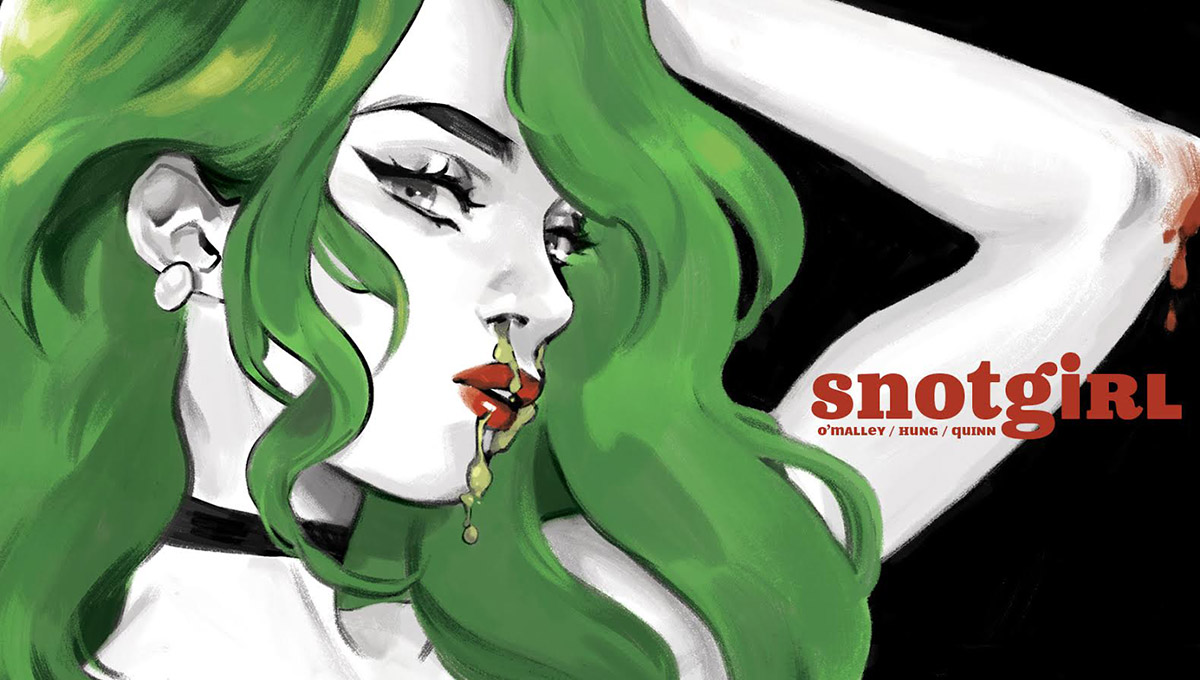 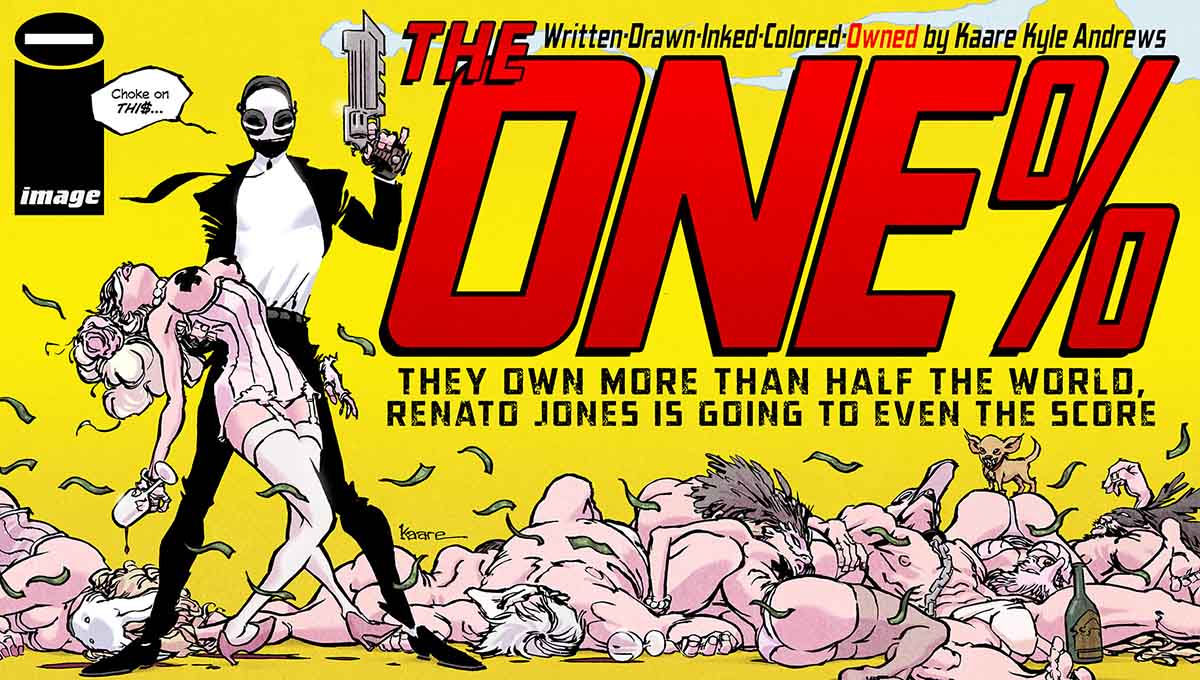