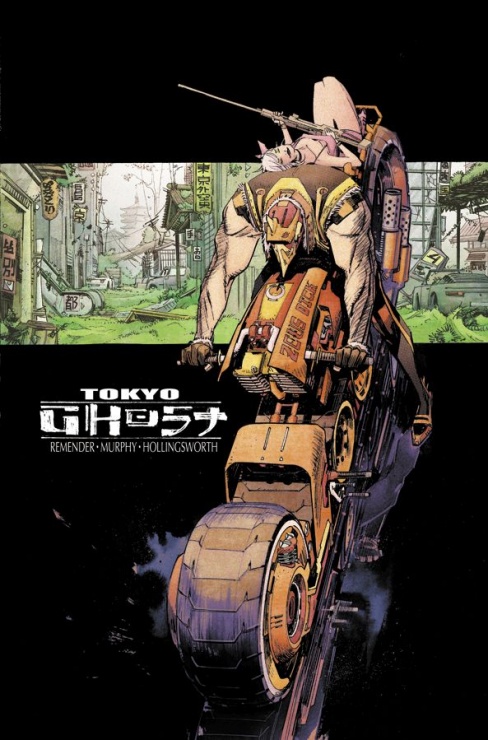 Fresh from Image Expo, it’s been announced that “Uncanny X-Force” and “Deadly Class” writer Rick Remender is teaming up with “Punk Rock Jesus” and “The Wake” artist Sean Murphy and colorist Matt Hollingsworth (“Hawkeye”, “The Wake”) for a new ongoing series from Image, “Tokyo Ghost”.

“Tokyo Ghost” revolves around a Los Angeles that’s too fucked up to be called post-apocalyptic. The fractured city is filled with manic consumers fighting and deceiving each other to get their fix of escapism, anyway to stop thinking about their horrible lives, which they receive from an entertainment industry run entirely by criminals.

Allegedly, there will also be some fiction in the series as well.

Kidding aside, “Tokyo Ghost” does sound like a promising title, especially with the pedigree of creators involved. Remender’s always been at his strongest with indie comics and especially when playing with very pulp stories. Considering that some of the characters, the brutal police officers working for the corrupt entertainment industry, have names like Debbie Decay and Led Dent, I think Remender’s going to have a hell of a lot of fun building this world with the incomparable Sean Murphy, whose cover strikes a very pleasing Akira-meets-The-Last-of-Us like note. That seems intentional, as Dent and Decay’s journey looks to take them to discovering the “lost nation of Tokyo.”

I mean technically it’s a city but hey, the future’s crazy.

Though no release date has been announced yet, expect to see “Tokyo Ghost” some time in 2015. For the full press release from Image, please see below, as well as an interior page tweeted by Remender and one tweeted by Murphy. 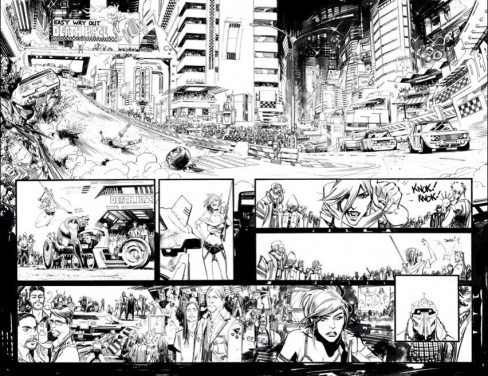 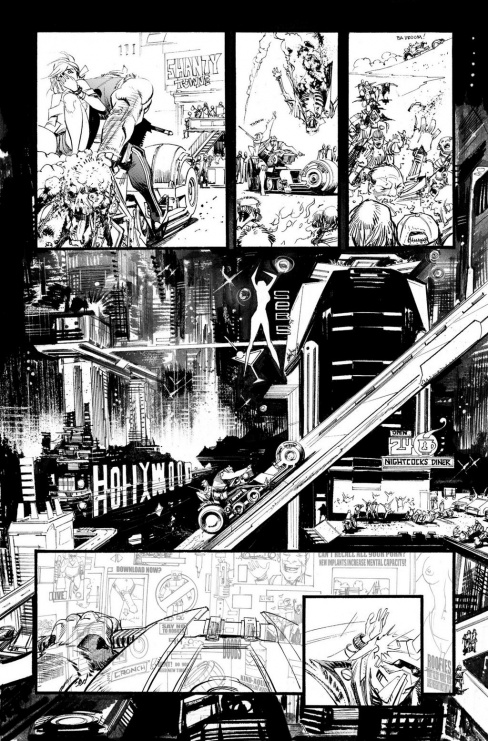 TOKYO GHOST welcomes readers to the isles of New Los Angeles, 2189. Humanity has become nothing more than a sea of consumers, ravenous and starving wolves, sick from toxic contamination, who have to borrow, beg, and steal for the funds to buy, buy, buy their next digital fix. Getting a thrill, a distraction from reality, is the only thing left to live for. Entertainment is the biggest industry, the drug everyone needs, and gangsters run it all. And who do these gangsters turn to when they need the “law” enforced? Led Dent and Debbie Decay, constables of the law, which is a nice way to say “brutal killing machines.” The duo are about to be presented with an assignment that will force them out of the decay of LA and into the mysterious lost nation of Tokyo.

“Sean and Matt are two of the best artists in comics and the only two people who could realize the wondrous brutality and twisted romance of this story we’ve cooked up together,” said Remender. “It’s some of the most fun I’ve had, it’s equal parts depravity and beauty, violence and poetic reflection. It’s unlike anything I’ve ever done. The only bad thing about Tokyo Ghost is that you have to wait a year to see it.”

“Rick is one of the most impressive writers in comics—a masterful storyteller in both mainstream and independent comics,” said Murphy. “Nobody is attacking the industry quite like Rick is, and I’m thrilled to help him do it, especially with my trusted colorist Matt Hollingsworth by my side. Tokyo Ghost is a love letter to the sci fi action movies we grew up on, with a little bit of Kurosawa thrown in.”

“Reading over the pitch for Tokyo Ghost, I had a big grin on my face imagining this world we would all be making together,” said Hollingsworth. “Hopefully you will enjoy it a tenth as much as we are enjoying creating it.”

“Rick has been on a real roll since returning to Image last year, and it almost sounds like a slight to his other work to say Tokyo Ghost looks set to be his best new series yet,” added Eric Stephenson, Publisher at Image Comics. “Collaborating with talent as titanic as Sean Murphy makes this a real event, though, and I really can’t wait for everyone to get their hands on this one.”

Join them on their journey in TOKYO GHOST #1, coming to Image Comics in 2015.