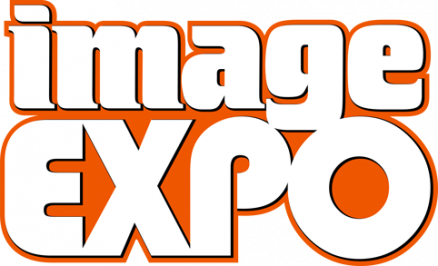 Today brings yet another Image Expo, and with that, an array of glorious announcements from top creators like the attending Scott Snyder, Marjorie Liu, Todd McFarlane, and more. We’ll be liveblogging the whole keynote presentation by Image publisher Eric Stephenson, as he takes comic fans through what’s next for the publisher from some of the top creators in comics. What is he going to show us this time after an incredible July extravaganza that featured new books from creators like Jeff Lemire, Becky Cloonan, Warren Ellis, Declan Shalvey, and more? We don’t know, but follow along and we can find out together.

And it begins with Bowie on the speakers and this image greeting visitors. 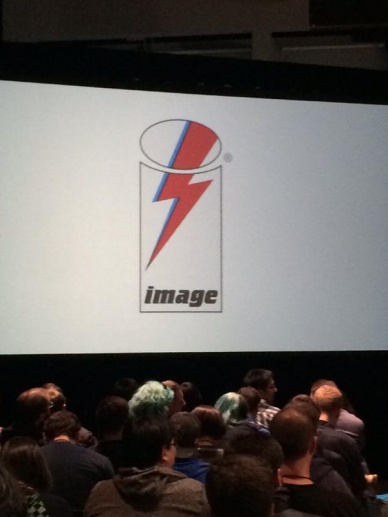 After an expansive David Bowie experience, Image publisher Eric Stephenson reaches the stage and shares some wisdom. “One moment of inspiration, one good idea, can change everything.” He delves into what kind of year they’ve had, as they won Diamond’s Gem Award for the second year in a row and they had…well, they had a good sales year, surpassing 10% for the first time in a long while at 10.41% at the end of the year. Perhaps more impressively, they closed the year as the #2 publisher in bookstores, partially in thanks to their $9.99 first volume trades. Take a look at this chart below: 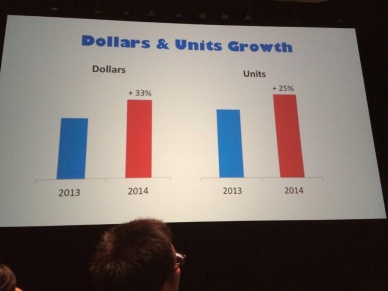 Image shared a breakdown of their sales channels, and it’s an interesting chart breaking down what they’re seeing. 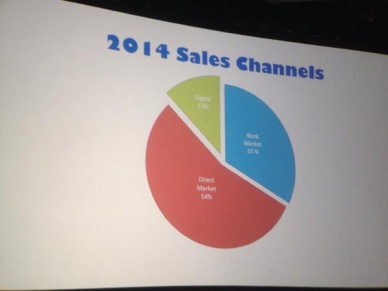 Stephenson went on to talk about their success, but the short answer is this: things are going very well for Image.

And now, Todd McFarlane enters the stage. McFarlane, one of the founders of Image, greets the audience and tells them of the true story behind the founders leaving Marvel and starting Image. He shares his passion for his family at Image, and shares that “I hope I die and the Image logo you see is still there”, which fits perfectly with the dark turtleneck look he has going on.

He shares that Spawn #250 will be twice the price, but triple the content, so that will be one fat comic. Joining the series after that on “Spawn Resurrection” #1 will be Eisner winning writer Paul Jenkins and artist Jonboy Meyers, with variant covers by Greg Capullo and Jock. 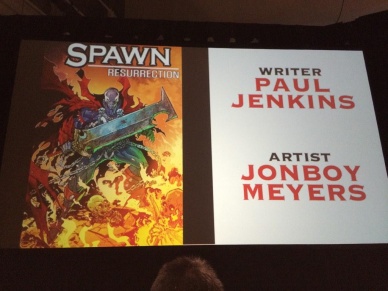 From there, a new series was announced, as Brian Holguin, McFarlane and artist Clayton Crain are teaming up for “Savior”, with the concept of “what if the most dangerous man on Earth was trying to do the most good?” Soooo…Batman? The book is coming in April, and the first eight (8!!!) issues are already completed. That’s pretty rad. 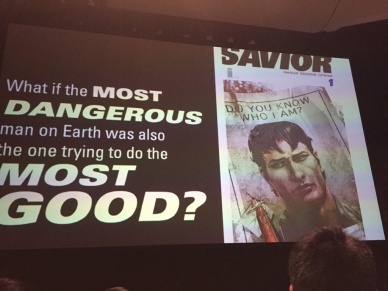 Now, it’s time for James Robinson, who announces “Heaven”, a book he’s doing with Phillip Tan, that finds angels and god vs. humanity. 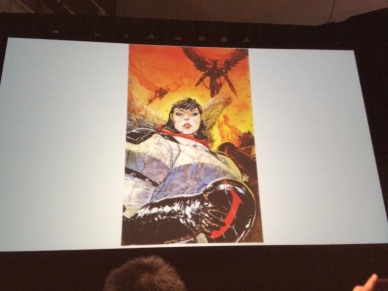 Up next, they announced two books from writer Brian Wood: one, a return to vikings in “Black Road” with Garry Brown, and the other was “Starve” from Wood and artist Danejel Zezelj. 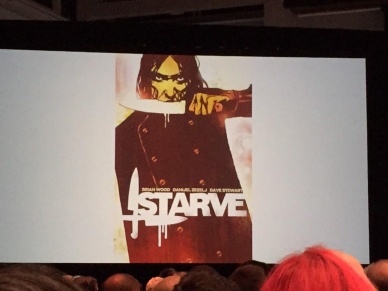 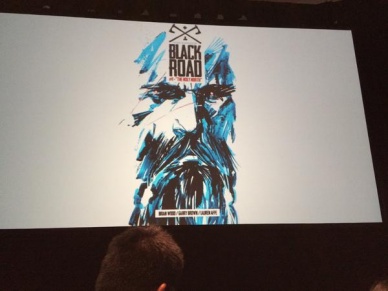 Brandon Graham and Emma Rios enter the stage, and they announce that Rios and Hwei Lim will be pairing for a book in the “8House” universe titled “Mirror”, which focuses on a hybrid community of people and animals. 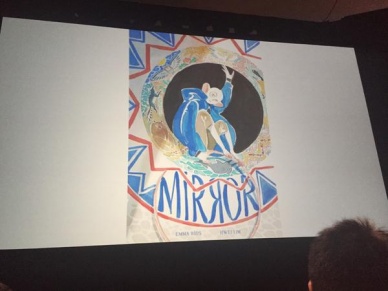 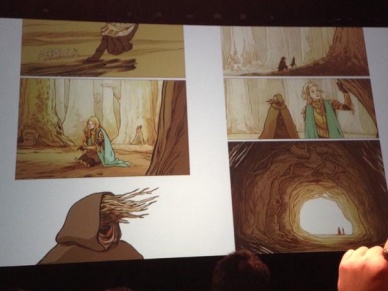 An anthology series, titled “Island”, was also announced, and it will feature work by Graham, Rios and more. The book will be like “Heavy Metal but less metal bikinis”, and will also feature work by Farel Dalrymple, Simon Roy, Malachai Ward, Michael DeForge, and more. Amazing. 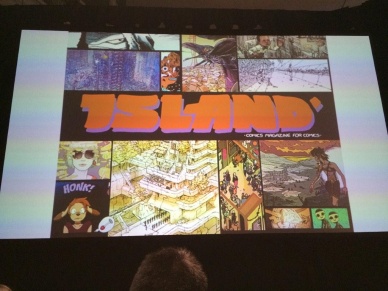 This book won’t just be comics, but also articles, giving it a more sprawling, magazine like feel. It sounds like something completely unlike anything else in comics. We’re in. Sure. Hell of a creator list. Rios will be telling a story in it called “I.D.” about brain/body transplants and identity. Sounds wild. 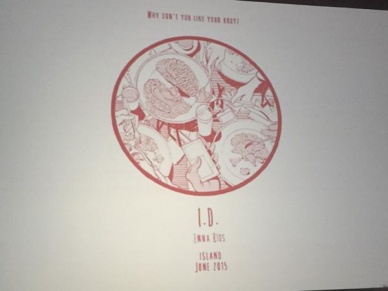 And then, special guest Kelly Sue enters the stage to announce the return of “Pretty Deadly” with Rios. Damn, Emma is going to be busy! 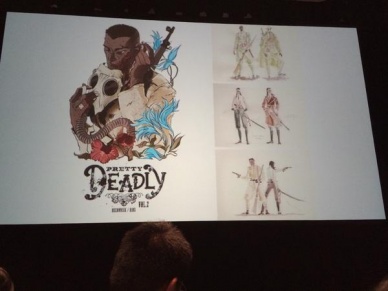 The book will take a time jump upon its return, taking the book to World War I. The book will, according to the team, incorporate elements of Sergio Leone into the story as well as introducing new reapers to the mix. 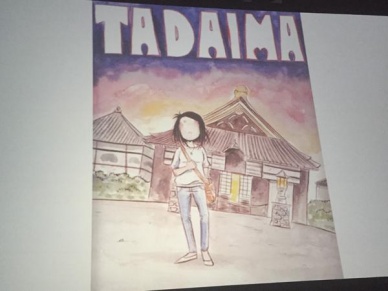 Cartoonist Emi Lenox hits the stage to announce a new travel memoir graphic novel. This one is called “Tadaima”, and it tells the story of her going to Japan to visit her grandmother’s grave. We love Emi around these parts, and are excited about what’s next for her. She’s going to be busy, though, as she’ll be working with writer Jeff Lemire on a new five issue mini-series called “Plutonia”, which tells the tale of a group of kids after they discover the dead body of the world’s greatest superhero. 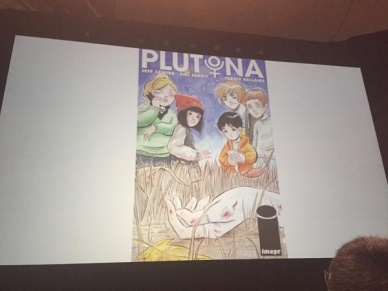 BFF’s Jeff Lemire and Scott Snyder are also announcing a new project! The book is called “A.D.” for “After Death”, and features Lemire on art. That’s a hell of a pairing, and something we’re very excited for. It tells the story of what happens when a cure for death is discovered. Too cool. It also appears to be an original graphic novel, which I love to see. 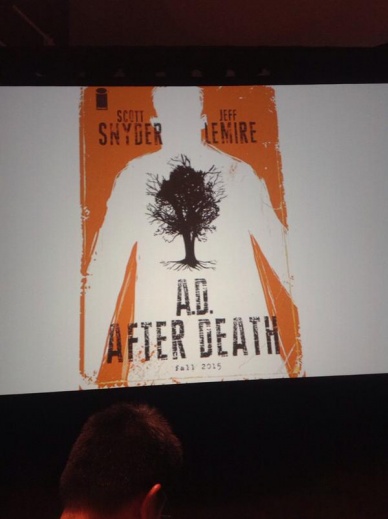 Oh, hey. Then Brian K. Vaughan enters the stage. BKV shares that while “Saga” is a huge success, he’s just riding Fiona Staples’ coattails. As self-effacing as ever, that guy. He does have a new book, though, and it’s called “We Stand on Guard”, with artist Steve Skroce. 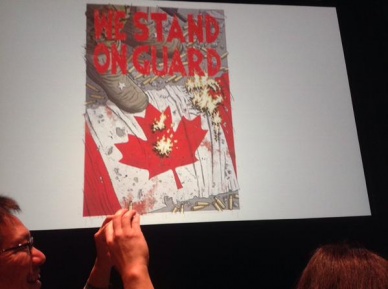 It’s a mini-series, and one that tells the story of the US invasion of Canada and apparently features big robots. I just am concerned as to where my native Alaska stands in this mess.

Now, Marjorie Liu joins everyone on the stage. She’s releasing a new book called “Monstress”, with art from Sana Takeda. Needless to say, it features monsters, but the monstress part comes from the little girl at the center of the story. 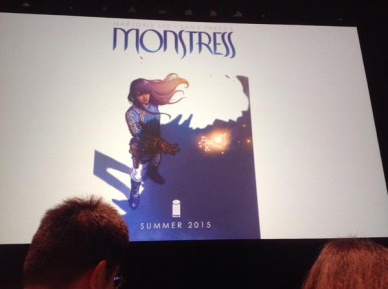 Brian Buccellato and Toni Infante announce that their Kickstartered cult story, “Sons of the Devil”, will be coming to Image. 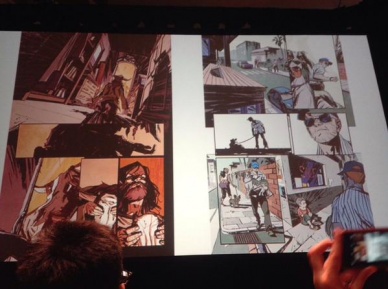 On top of that, Eric Canete and Jonathan Tsuei are pairing for “RunLoveKill”, ensuring that, at this point, Image is just trying to kill us. Apparently this book will feature lots of fighting, robots and dinosaurs, and that the title is hyper literal. Why would we want it to be anything but? 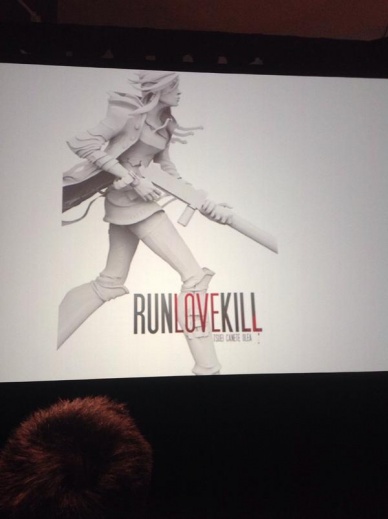 Alex de Campi takes the stage, saying Image has reclaimed the “House of Ideas” title (which I said years ago, j’sayin’). She also has a new book, called “No Mercy”, which she’ll be bringing to Image with Carla Speed McNeil (FINDER!). It finds teenagers going on a road trip when things go “fantastically wrong”. Well then. 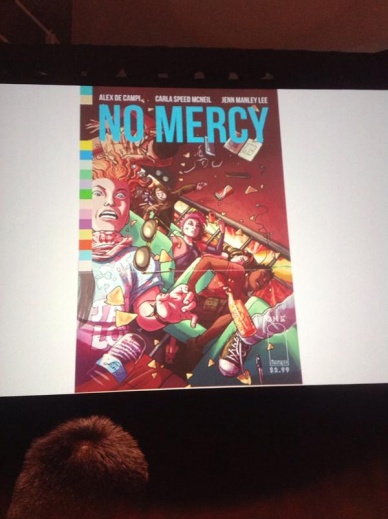 Kieron Gillen joins the party to announce “The Ludocrats” with David Lafuente that is “as good as Brandon Graham thinks his comics are”. That’s going to be a right killer, then. 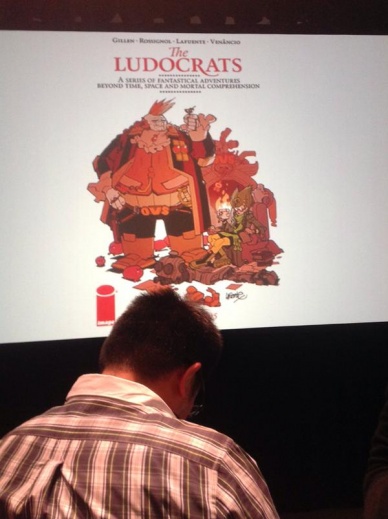 And now, Gillen is joined on stage by Jamie McKelvie to reveal that the third arc of “The Wicked + The Divine” will have a different artist on each issue. Those include Tula Lotay, Kate Brown, Stephanie Hans, and more.

Why fill-in artists? “Phonogram: The Immaterial Girl” in August from Gillen, McKelvie and Wilson. Boom. 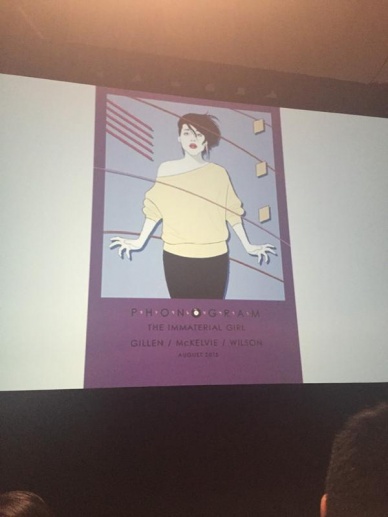 And then, Chip Zdarsky joins the fray to announce “Kaptara” from himself and artist Kagan McLeod. Expect the low down on it soon right here.

The biggest surprise of the day: Darwyn Cooke announces “Revengeance!”, a new all-Cooke joint. It’s a dark crime story inspired by David Lynch, according to Cooke. It’s a three part limited series, and we are all about it. 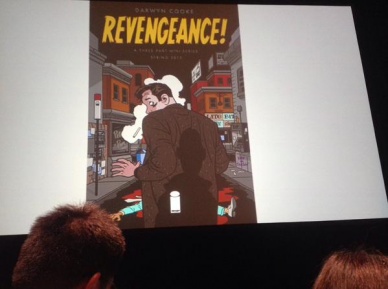 MORE. Skottie Young takes the stage to announce a book for Image called “I Hate Fairyland”, which looks like a bloody send up of what we know and love from the artist. It’s a story 15 years in the making that he is doing with Jean-Francois Beaulieu. It’s described as what it would be like if Alice was stuck in Wonderland for 30 years. 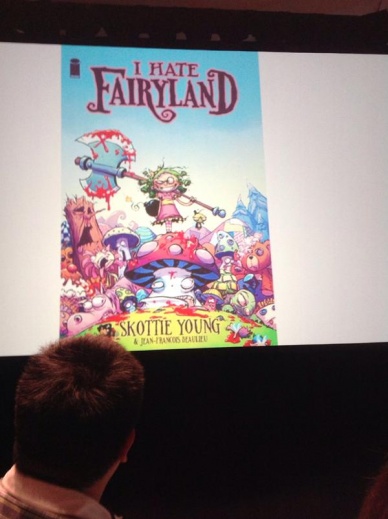 One last bomb! They sneak attack everyone with “Paper Girls”, a new ongoing from the godly team of Brian K. Vaughan and Cliff Chiang, which tells the tale of 12-year-old paper girls and the strange happenings that befall them. BKV said it’s the weirdest thing he’s ever written, but also the most personal. 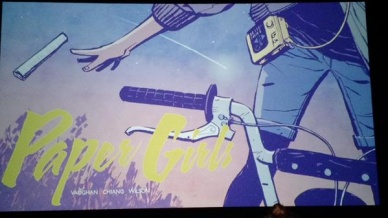 And that’s it! We survived. Thanks for joining us, and look for full stories on each release today.