In the last edition of Soliciting Multiversity regarding to Marvel’s September solicits, I noted the following: 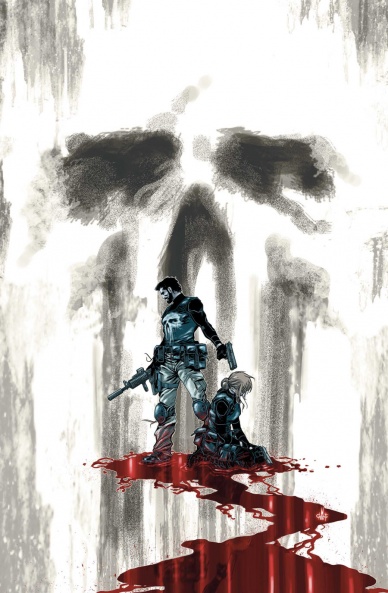 The solicit for “The Punisher” #16 reads: “The Punisher and Cole reach a shared conclusion. Prepare for the War Zone.”

The War Zone, eh? Could this be the Punisher equivalent of ‘No Man’s Land’? I hope so.

Today we posted the latest “This Is War” teaser from Marvel featuring Spider-Man (and art by Marco Checchetto, the artist of “Punisher”), who has a gun pointed at his head — the same gun Punisher is holding on the cover to issue #16 (as pointed out by user Phantom_Roxas in the comments).

Of course, whatever the “This Is War” thing is will be announced during a Spider-Man panel, so it couldn’t be a Punisher story, could it? Wait a minute, doesn’t Stephen Wacker edit both books? He does?? Oh, good!

Alright, then. “Punisher: War Zone” by Greg Rucka and Marco Checchetto, featuring the Punisher vs the heroes of the Marvel universe. Look for it announced in a week, look for it in stores in October.