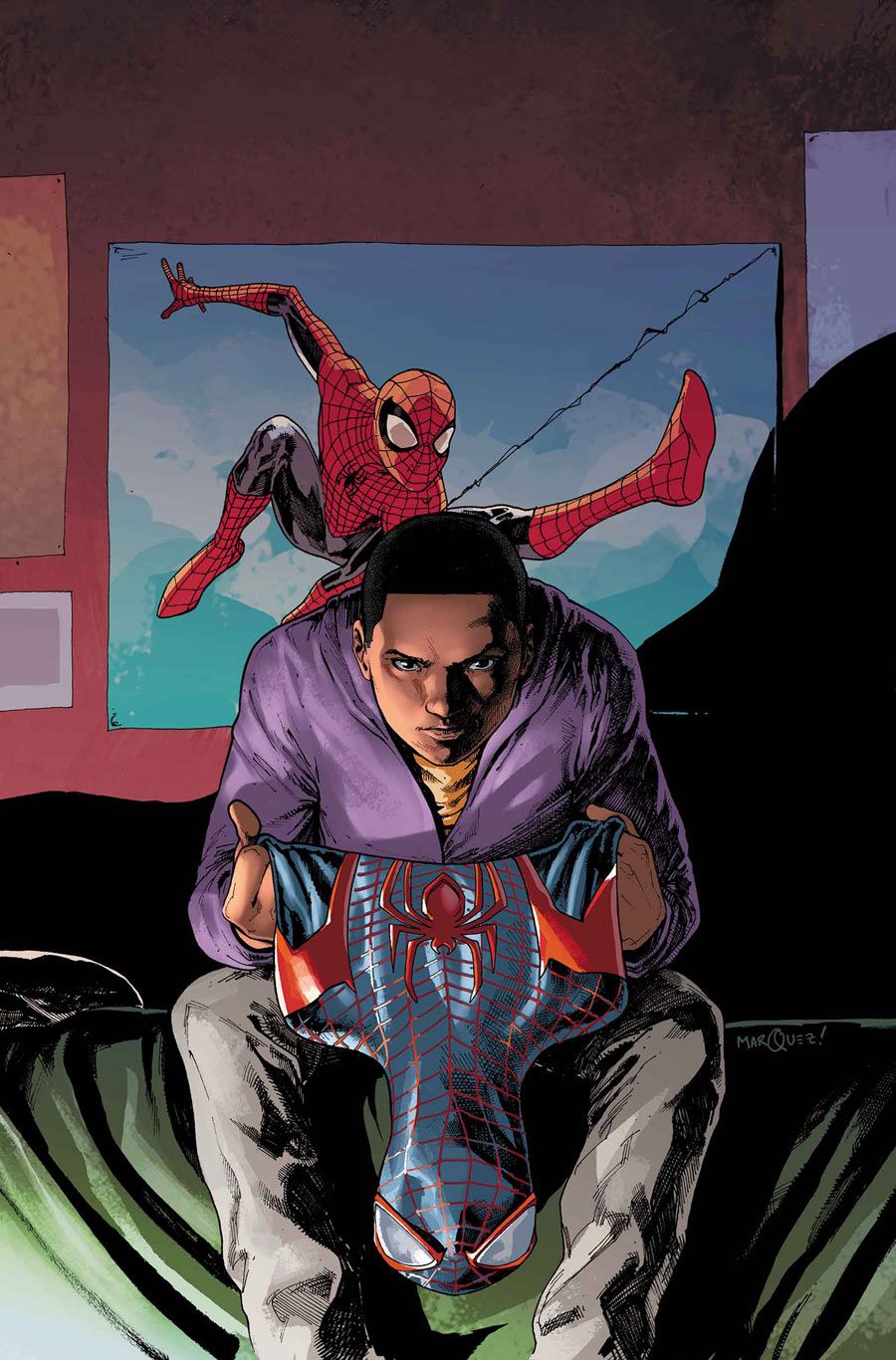 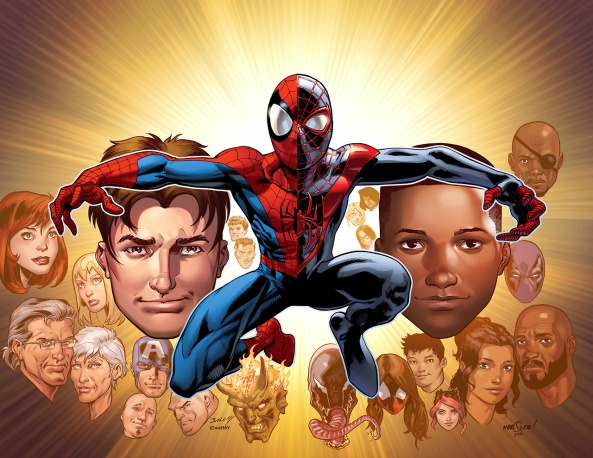 Later in the week we’ll have some solicit analysis for you based on the reveal of all of last week’s solicitations. Today, though, we’re releasing one thought early. You can probably guess why already.

In April, Marvel will be releasing “Ultimate Spider-Man” #200. The solicit is as follows (with some bolding):

ULTIMATE SPIDER-MAN #200
BRIAN MICHAEL BENDIS (W)
DAVE MARQUEZ, MARK BAGLEY, MARK BROOKS, STUART IMMONEN AND DAVID LAFUENTE (A)
Cover A BY MARK BAGLEY
Cover B BY DAVID MARQUEZ
• The world mourns on the anniversary of Peter Parker’s death
• A gathering of Spidey’s friends and foes reveal some shocking truths about Peter and his world
• One of the biggest surprise endings of the year!
48 PGS./ONE SHOT/Rated T+ …$4.99

When the cover and solicit was released, we all just kind of assumed that it was an anniversary deal. And why not? It’s about the right time for it, might as well remember that once upon a time Spider-Man was still white all over the place. But looking back on it, this may be a bit less subtle than originally intended.

Why? Well, for May, Marvel solicited “Miles Morales: Ultimate Spider-Man” #1 as following:

MILES MORALES: THE ULTIMATE SPIDER-MAN #1
BRIAN MICHAEL BENDIS (W) • DAVE MARQUEZ (A/C)
Variant Cover by FIONA STAPLES
Variant Cover by Brandon Peterson
PART ONE OF THE BIGGEST SPIDER-MAN STORY OF THE YEAR “REVIVAL”!
• MILES is back in action with a new status quo and a new outlook on life!
• A BIG BIG BIG villain from PETER PARKER’s past is alive and well and about to turn New York upside down!
• The last page will have ULTIMATE SPIDER-MAN fans SCREAMING!
• This issue can’t be missed!
32 PGS./Rated T+ …$3.99

And for June, issue #2 (with the cover this time): 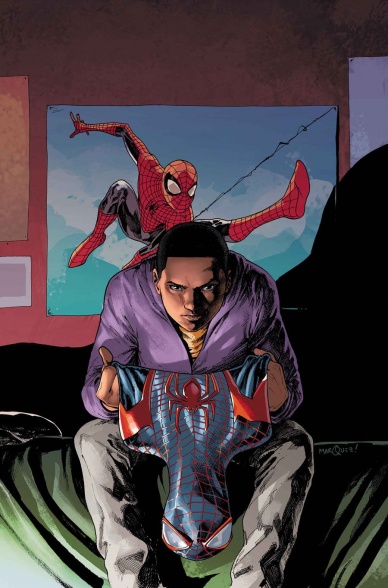 MILES MORALES: THE ULTIMATE SPIDER-MAN #2
BRIAN MICHAEL BENDIS (W) • DAVE MARQUEZ (A/C)
VARIANT Cover by AMY REEDER
PART TWO OF THE BIGGEST SPIDER-MAN STORY OF THE YEAR “REVIVAL”
• After the mind-blowing reveal at the end of the first issue, miles life will NEVER be the same again.
• With SHIELD gone, the biggest villain in SPIDER-MAN history is out and nothing can stop him.
• Miles has made a huge choice about the woman he loves. Will he live to regret it?
32 PGS./Rated T+ …$3.99

At first, an arc called “Revival” is pretty innocuous. The Ultimate Universe just “died” and was re-launched, with everything going back to #1. In terms of a revival, this is pretty much one, sure. Plus, the solicit of the first issue says that a villain is coming back, so there’s a literal revival of sorts.

I mean, what else related to Ultimate Spider-Man would be more of a surprise, cause a scream and blow some minds than Ultimate Peter Parker coming back?

In looking to see if anyone else had come up with thought, I did a (probably poorly worded) Google search. While no one had speculated that Peter was coming back in April/May, I did find this post on the CBR forums from August by user johnkelly00. He writes:

Just read the Ultimate Death of Spider-man … they make a big point about Norman Osbourn still being alive. Why? Supposedly because of the Oz formula.

They also make a big point of Norman “creating” Spider-Man because of the Oz formula in the spider that bit Peter Parker.

The last scene zooms in on Norman … supposedly dead again … to make you think about this connection.

My guess is that he is in stasis somewhere or he has taken on a new identity free of the heroics. Or a new identity where he is being trained as a hero.

So, putting on our tin-foil hats and looking at everything all together, what do we have?

The writings certainly on the wall for this one, isn’t it?

What do you think?