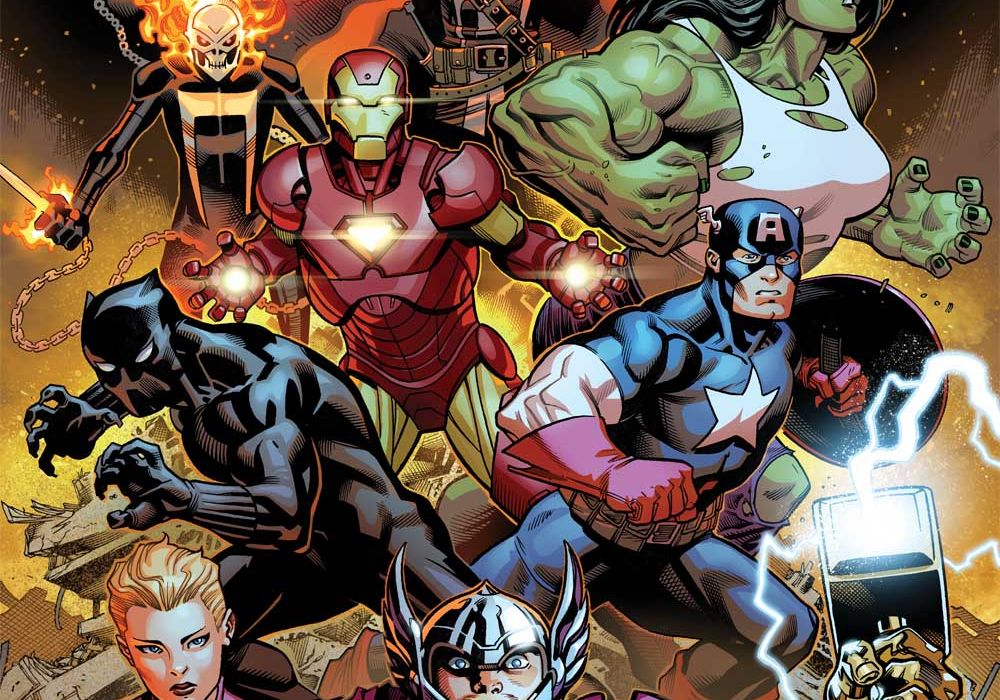 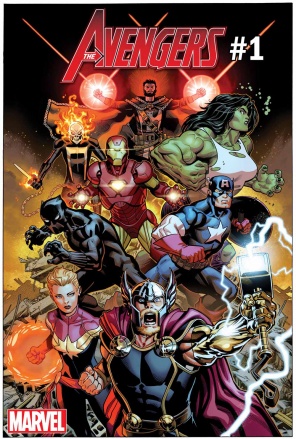 Hot on the heels of Marvel announcing “a fresh start” for May, IGN have announced Jason Aaron (“The Mighty Thor,” “Doctor Strange”) and Ed McGuinness (“Hulk,” “Superman/Batman”) are taking over “Avengers” with a brand-new issue one.

Having merged all of the Avengers titles and their creative teams for the weekly storyline ‘Avengers: No Surrender,’ which concludes in April, this will be the sole “Avengers” comic for the time being, and is scheduled to ship 18 times for the following year. Building on the ‘Marvel Legacy’ one-shot Aaron wrote from last year, the book will jump back and forth between the present day Avengers and those from 1,000,000 BC, building to the coming of the Dark Celestials, the “Final Host” foretold in ‘Marvel Legacy.’

The book will star the reunited Big Three – Captain America / Steve Rogers, Iron Man / Tony Stark, and Thor Odinson – as well as Captain Marvel / Carol Danvers, Black Panther / T’Challa, Ghost Rider / Robbie Reyes, Hulk / Jennifer Walters, and Doctor Stephen Strange, “who will only be on the team for a limited time in a ‘rotating slot.'” The roster reflects that of the Avengers of 1,000,000 BC (which included Odin, a Black Panther, Ghost Rider and Agamotto), and is markedly different to when Mark Waid succeeded Jonathan Hickman on the title in 2015, when the roster consisted almost exclusively of Legacy characters.

Head on over to IGN for more artwork from McGuinness (which appears to introduce a prehistoric Hulk), and Aaron’s insight into each of these characters. The new “Avengers” #1 is out in May.