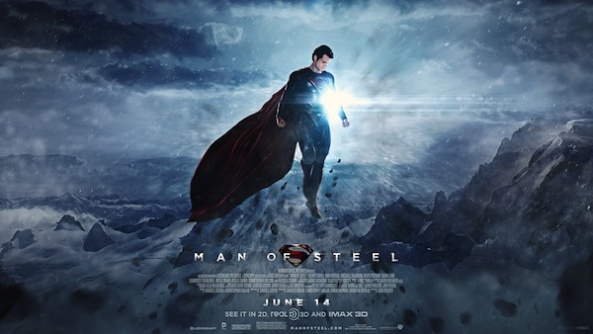 Stop me if you’ve heard this one before: a popular character is used as a marketing tool in order to raise money from a group that may not be particularly interested in it.

In a move that is not necessarily shocking but still a little bit surprising, Warner Bros and Grace Hill Media, a Hollywood-based Christian marketing firm, has developed Man Of Steel Resources Dot Com, a website aimed to pastors of Christian churches across the country in order to show them how Superman can be used as a tool to teach the lessons of Christ. It’s not the first time Warner Bros has done it either, having developed Christian-based campaigns for movies like Les Miserables, Soul Surfer and The Blind Side, but seeing as none of those are comic book related we never discussed them here.

The website essentially lays out how Man of Steel, despite being a movie based on a comic telling the story of an alien who comes to Earth to save us all, is also about Jesus. And what’s more, it tells how you can teach your congregation that not only is Jesus cool, but Superman is cool when you talk about him like he’s Jesus! The website is full of so-called resources to be used, including images with rather purposeful titles (like the first darkish image of Superman reading “The Chosen One”) as well as specially cut trailers to emphasize the religious subtext of the film. The site even includes outlines for sermons such as “JESUS – MORE THAN OUR “SUPER MAN””, which proclaims “Kids will better appreciate Jesus and his sacrifice through looking at scripture and the parallels in the Man of Steel movie.” Warner Bros is, as a matter of fact, going so far as to offer free screenings for Pastors, because if there is anything that will help convince you that Man of Steel is right for you, it’s getting to see it for free. Movie prices today, you know?

Superman and Superman: The Movie have both been compared to the story of the popular messianic figure, of course. In fact, the Donner Superman films had their own sets of allegories contained within them — Jor-El as God casting down Satan as Zod and sending his one son via a star to a family that can’t conceive in order to teach humanity how to be better. Martha Kent’s first lines when seeing young Kal-El are something to the effect of how they prayed for a child and God heard them. As Marlon Brando says, “They can be a great people Kal-El, they wish to be, they only lack the light to show the way. For this reason above all, their capacity for good, I have sent them you, my only son.” So, not exactly a new angle to pursue here. 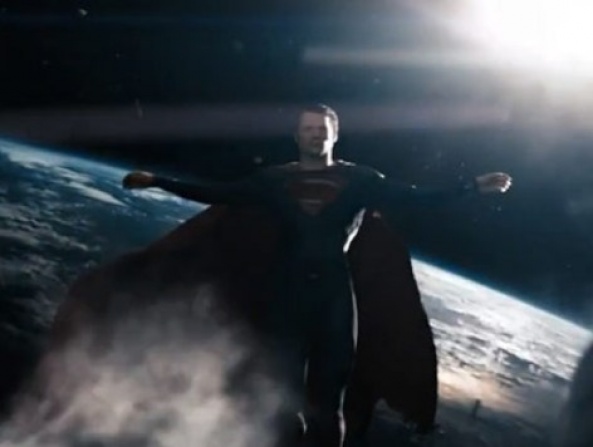 We call this one Subtlety

However, despite the whole Superman-as-Christ thing not being ostensibly new, this does reek of exploitation — capitalizing on ones religious beliefs and the thought that children like superheroes in order to basically kill two birds with one stone and get money. On the one hand, faith is a very personal thing, to each their own, and if you can find a way to make your life better by pretending Superman is Jesus then all power to you. On the other hand, it’s an entirely dubious move for Warner Bros to blatantly push it themselves like this, which just comes off as a money grab — pull in the Christian crowd and help get your money’s worth against the comic fans you’ve spurned by not making Superman recognizable. I would doubt that a corporation like Warner Bros cares too much about religion unless it is profitable, so the entire thing seems contentious.

Still, there is one more piece of the puzzle to consider: that the people Warner is trying to take advantage of are aware of this. From a report at CNN,

“I think it’s a very good thing that Hollywood is paying attention to the Christian marketplace,” said Ted Baehr, who runs Movieguide, a website that reviews family friendly films from a Christian perspective.

But other Christians are heaving a supersized sigh at the movie marketing.

“Any pastor who thinks using `Man of Steel Ministry Resources’ is a good Sunday morning strategy must have no concept of how high the stakes are, or very little confidence in the power of God’s word and God’s spirit,” writes P.J. Wenzel, a deacon and Sunday School teacher at Dublin Baptist Church in Ohio.

“As they entertain their congregants with material pumped out from Hollywood’s sewers, lives are kept in bondage, and people’s souls are neglected,” according to Wenzel, who said he was e-mailed information about the movie.

And of course some are just generally disinterested with the whole idea.

Scott, the Baltimore pastor, said he knows that Warner Bros. Studios has a financial incentive in pushing the film to pastors.

But he said that’s fine with him. “They’re using us but in fact we’re using them,” he said.

His church won’t show clips from the movie this weekend because it had already planned out its service. But he plans to use them later, during meetings with the church’s men’s group.

“If you give me another opportunity to talk to someone about Jesus Christ, and I can do that because of your movie, that’s a win for me, because it is about spreading the Gospel.”

Take that, Warner Bros and your so-called Man of Steel, Man of Faith! Your marketing campaign gets 0 Don Drapers out of 10!

Writing about religion on this site is clearly not our strong suit. I am no theologian and only have a rudimentary religious education, but something tells me that comparing Superman to Jesus would go against the Ten Commandments, no? Superman-as-Jesus seems like both “Thou shalt have no other gods before me” and “Thou shalt not make unto thee any graven image”, because what is Superman if not a false idol? No offense, big guy. And I feel it is worth noting that Jesus never punched his way out of any situations, let alone knocking Judas through a building in a crowded city.

Either way, in the wake of rather mixed reactions from fans and no Dark Knight-style enthusiasm from critics, it is interesting to see how Warner Bros is exactly trying to market their film. Whether or not this pays off for them is yet to be determined; I wouldn’t hedge my bets on it. People are not as stupid as Warner would like them to be, otherwise Man of Steel would be getting universal praise, am I right! But kudos to Warner Bros and all involved for just going for it, I guess. You never know you’re going to be ridiculed and derided until you try.