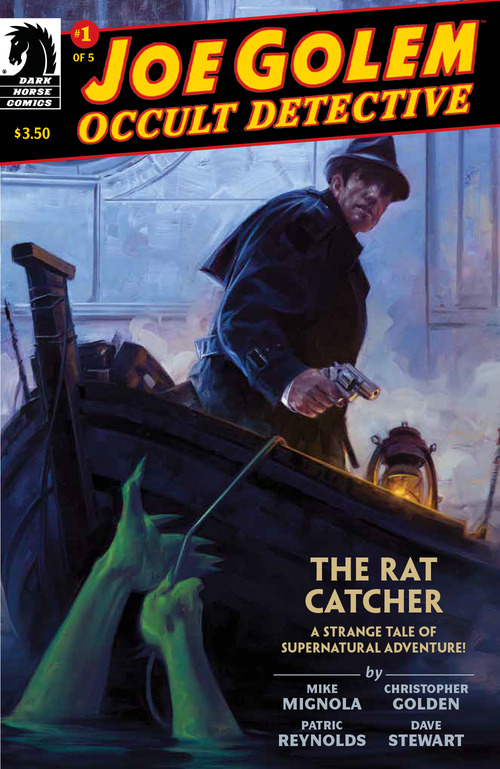 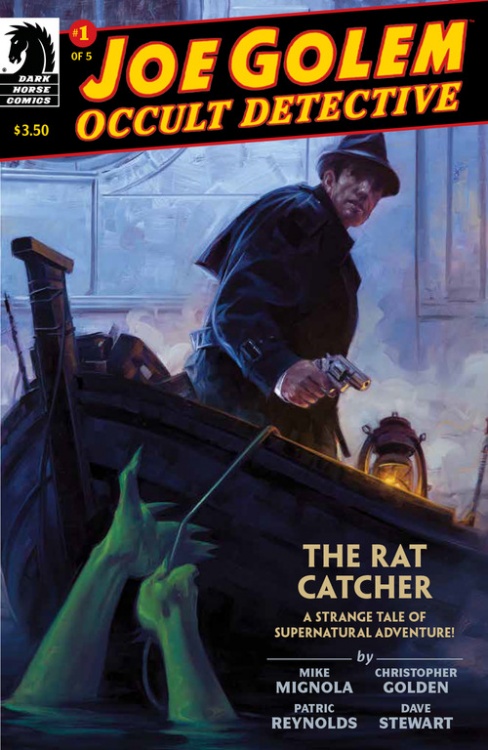 In 2012, Mike Mignola, along with occasional writing partner Christopher Golden, released “Joe Golem and the Drowning City,” an ‘illustrated novel’ based around…well, a golem named Joe. Well, it was announced today at Paste that the character would be making the jump to comics this fall. “Joe Golem: Occult Detective” is a prequel to the novel, written by Mignola and Golden, illustrated by Multiversity favorite Patric Reynolds, and colored by the inimitable Dave Stewart.

The five issue miniseries is the first of what is, according to the creators, the first of hopefully many Joe Golem comics. In the Paste piece is an interview with Mignola and Golden, and Mignola had this to say about the character’s jump to comics:

Mignola: As with Baltimore, the plan is, if things work, if people buy it, to do a series of prequels, slide into the novel, then go beyond the novel. Even when we did the novel, I think Chris immediately came up with the idea to do two sequel novels. For whatever reason, we didn’t pursue the novels, our publisher didn’t pursue sequels to the novel, but we know where to go after the novel and the world of Joe is so rich that there’s room to do the prequels and then go beyond the original story.

Certainly Chris and I, from day one, we knew that there was a much bigger world here. There is the old guy, Church, who had a career as an occult detective. The idea of doing stories about that character, there’s just a lot there. It’s a much bigger world than Baltimore. If the public demands it, I guess we can do it, but it’s nice to just do this one thing.

Congratulations are due to Patric Reynolds, who is an absolute beast of a visual storyteller, and who will surely knock this out of the park. If you haven’t seen his takes of prior Mignola creations, he contributed to both of our Mignolaverse art months, even doubling up on Abe Sapiens. Make sure to be on the lookout for more about this book, ahead of its November release.