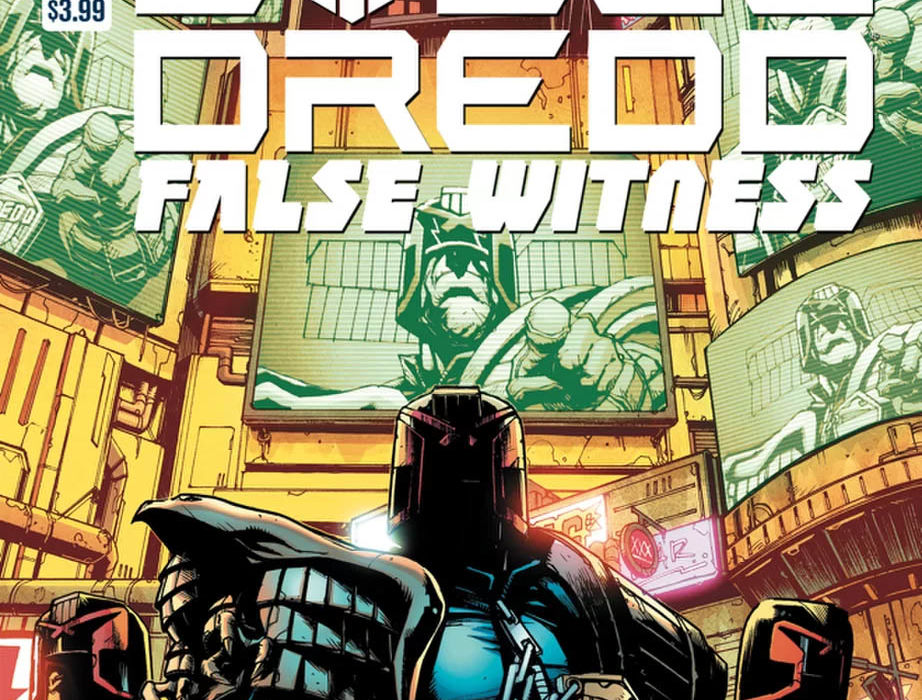 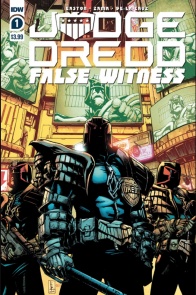 IDW Publishing have announced “Judge Dredd: False Witness,” a new miniseries which promises to take the hero back to his politically-charged roots. Writer Brandon Easton (“The Joshua Run”) and artist/colorist Kei Zama (“Death’s Head”) will be tackling immigration, protesting, and human trafficking in a conspiracy tale that traces the underbelly of Mega-City One.

The mini-series follows Mathias Lincoln, a drop-out of the Justice Academy who’s made himself a life as a courier for Mega-City One’s wealthiest elite. However Mathias inadvertently uncovers a conspiracy that stretches across the various seats of power in the city. He soon finds Judge Dredd coming after him in a game of cat-and-mouse with the whole city at stake.

“‘False Witness’ follows the tradition of ‘Judge Dredd: America’ – widely considered to be one of the greatest Dredd tales in the history of the franchise that questions the nature of the Justice Department and the fine line between order and fascism,” said Easton. “Longtime fans and newcomers will be able to jump into our story, especially with the gorgeous and intense artwork from Kei Zama taking us on this journey.”

The 32-page first issue of “Judge Dredd: False Witness” releases March 2020. You can see an inked preview of the series over on Newsarama.