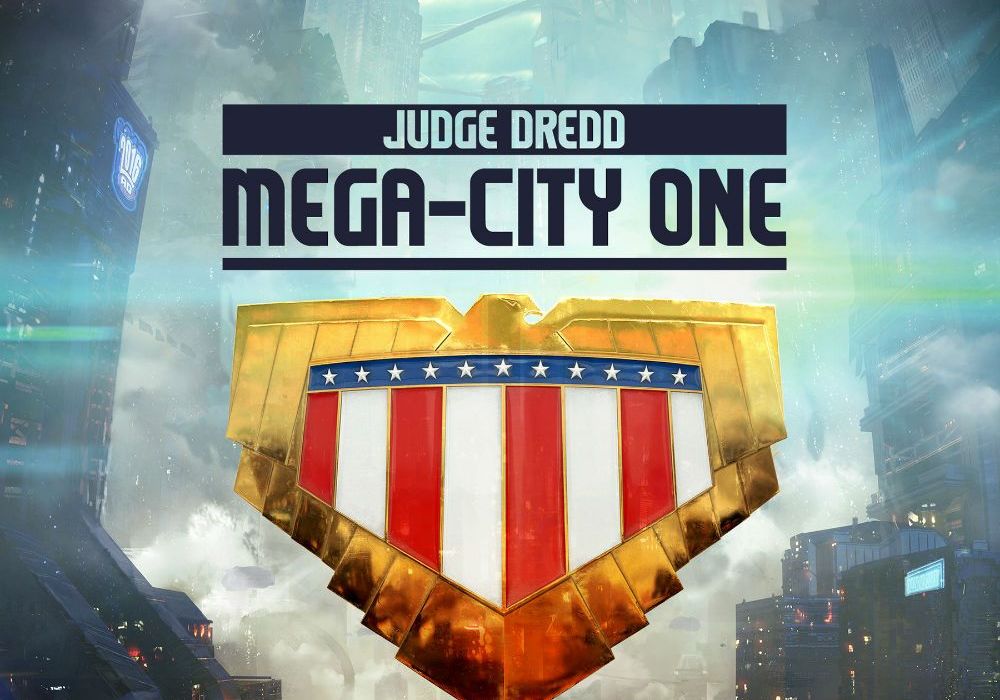 As revealed exclusively to Entertainment Weekly, Judge Dredd is getting his own live-action television show, Judge Dredd: Mega City One. The 2000 AD character is getting a small screen adaption from independent entertainment studio IM Global and independent U.K. games developer and publisher Rebellion taking place in the dystopian city of Judges who are judge, jury and executioner. The show will be executive produced by IM Global Television president Mark Stern, who previously developed Battlestar Galactica, Helix, and Defiance at Syfy, as well IM Global CEO Stuart Ford, and Rebellion owners Jason and Chris Kingsley. 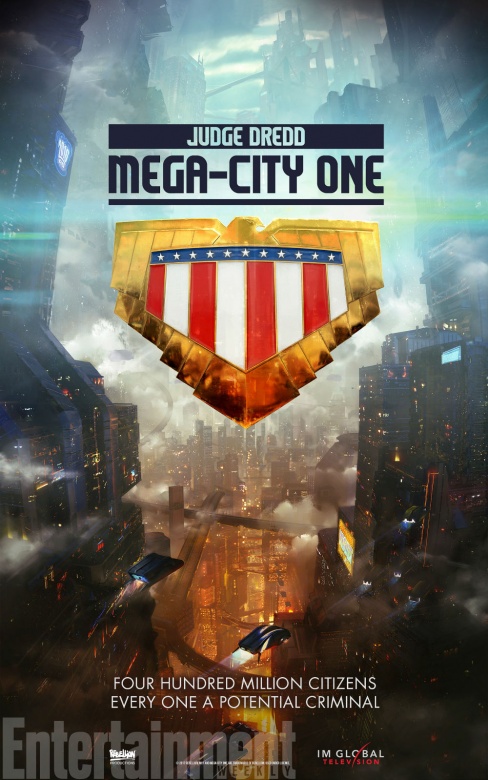 A promotional poster for the new series

Stern stated at the announcement:

“This is one of those seminal sci-fi properties that seems to only become and more relevant with age. Not only is it a rich world with biting social commentary, but it’s also fun as hell! As a fan of the comics and both films, it’s a dream come true to be able to work with Jason and Chris in adapting this for television.”

Judge Dredd was created by John Wagner and Carlos Ezquerra in 1977 and is 2000 AD’s longest running character, which is also celebrating its 40th anniversary this year. Dredd has been portrayed twice on the big screen, first by Sylvester Stallone in Judge Dredd in 1995 and in the reboot Dredd in 2012 by Karl Urban. The latter film, which Ford and the Kingsley’s also executive produced, disappointed at the box office, but has been heralded for its accurate representation of the character.

“Thanks to the legions of fans who have kept up pressure on social media, and a lot of background work and enthusiasm, we aim to make a big budget production that will satisfy both our vast comics audience and the even greater general screen-watching public.”

No casting, premiere dates, or network news was announced at this time.. We have been covering the adventures of Judge Dredd weekly in our Multiver-City One column every Wednesday since 2013.