The world of Avatar: The Last Airbender and The Legend of Korra is set to expand with another trilogy of graphic novels called “Ruins of the Empire,” launching in May of next year. Hailing from Dark Horse Comics, the book is listed on the Penguin Random House website, but has yet to be formally announced by the publisher. The series is written by Avatar and Korra co-creator Michael Dante DiMartino, with consultation by other co-creator Bryan Konietzko, and art by Michelle Wong (“Goosebumps: Download and Die”). Here’s a synopsis for the series, after the jump: 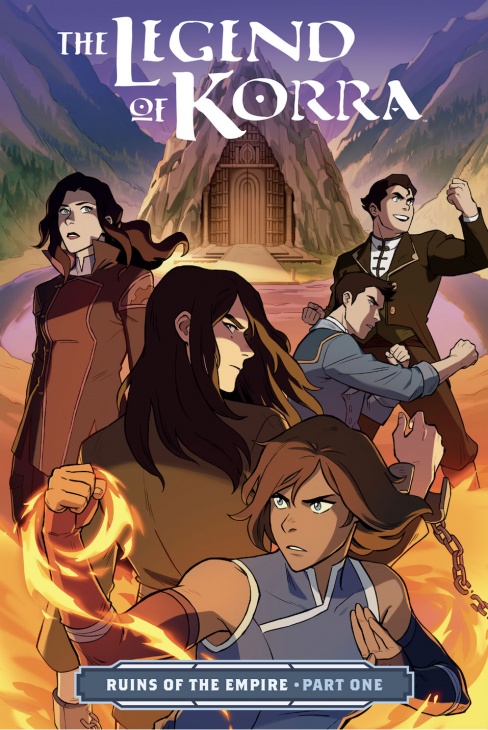 Korra must decide who to trust as the fate of the Earth Kingdom hangs in the balance!

On the eve of its first elections, the Earth Kingdom finds its future endangered by its past. Even as Kuvira stands trial for her crimes, vestiges of her imperial ambitions threaten to undermine the nation’s democratic hopes. But when Korra, Asami, Mako, and Bolin don’t all see eye-to-eye as to the solution, drastic measures will be taken to halt a new march to war!

The Legend of Korra ran for four seasons on Nickelodeon from 2012-2014 and was heralded for its handling of more mature themes, and the inclusion of LGBTQ characters. The most recent series of graphic novels, “Turf Wars,” written by DiMartino with art by Irene Koh, followed up directly from the end of the show and depicted Korra and Asami’s relationship as they stepped into the spirit world after the series finale. Korra itself is a spinoff of Avatar: The Last Airbender, which aired for three seasons on the same network from 2005-2008, and has also gone on to spawn a number of graphic novels from Dark Horse.