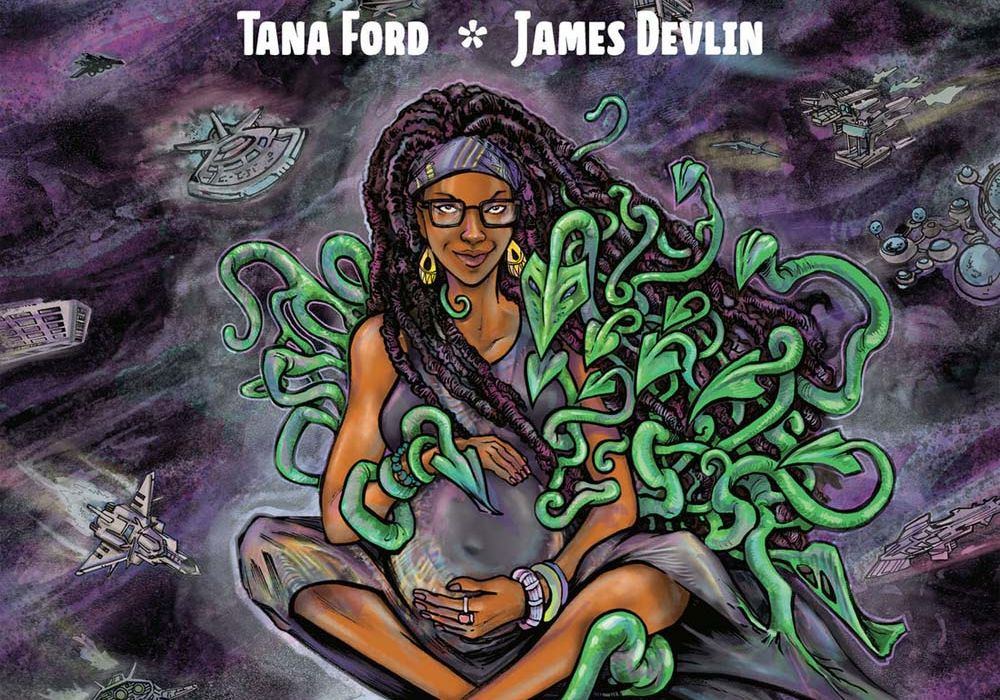 Earlier today on Syfy Wire, Berger Books announced their newest comic, “LaGuardia.” The comic will be written by the award-winning Nnedi Okorafor and drawn by Tana Ford, best known for her work on “Silk.” The pair have previously worked together on “Black Panther: Long Live The King.”

The comic, as the cover describes, tells “A Very Modern Story of Immigration” on an alternate Earth where aliens have been incorporated into society. Okorafor will pen the tale of Future Nwafor Chukwuebuka, a pregnant Nigerian-American doctor and a plant called Letme Live, who Future illegally smuggled through LaGuardia International and Interstellar Airport’s customs.

Upon her return to New York, both Future and Letme Live will have to face “interrogation, discrimination and travel bans” as they join the growing African and shape-shifting alien population by living in the South Bronx. Future begins to experience changes in many ways as she nears the birth of her child but the largest question remains: “What dark secret is she hiding?”

The first issue of this four-part miniseries will be available October 31st. In the meantime, head over to Syfy Wire for concept art of the characters. 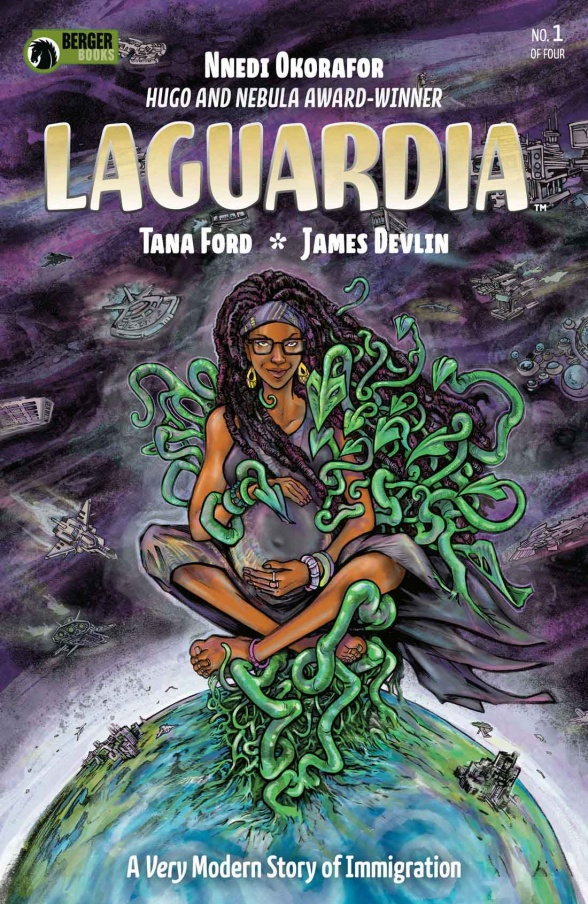 Set in an alternative world where aliens have come to Earth and integrated with society, LaGuardia revolves around a pregnant Nigerian-American doctor, Future Nwafor Chukwuebuka who has just returned to NYC under mysterious conditions. After smuggling an illegal alien plant named “Letme Live” through LaGuardia International and Interstellar Airport’s customs and security, she arrives at her grandmother’s tenement, the New Hope Apartments in the South Bronx.

There, she and Letme become part of a growing population of mostly African and shape-shifting alien immigrants, battling against interrogation, discrimination and travel bans, as they try to make it in a new land. But, as the birth of her child nears, Future begins to change in more ways than one. What dark secret is she hiding?

The first issue of LaGuardia goes on sale October 31, 2018, and will soon be available for preorder at your local comic shop for $4.99.