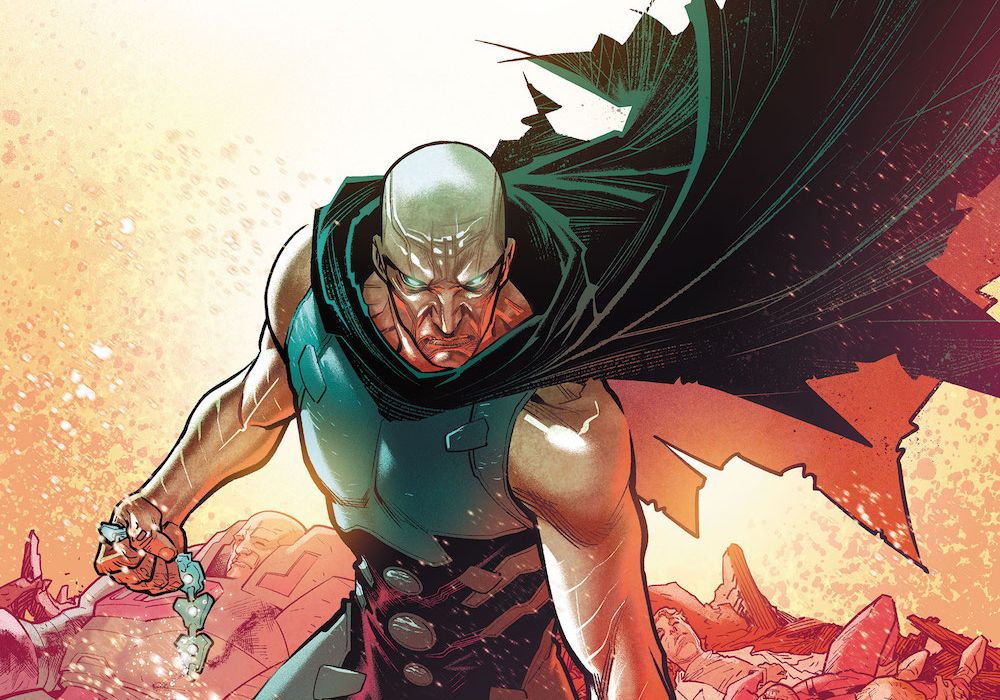 The ‘Year of the Villain’ began last month with the ‘Year of the Villain’ special, but the real action starts up this summer. And, it looks like once school is back in session, the action won’t stop, as we are exclusively announcing a new one-shot focusing on Lex Luthor, the mastermind behind the entire event. Written by Jason Latour (“Spider-Gwen,” “Southern Bastards”) and illustrated by Bryan Hitch (“Hawkman,” “The Authority”), “Lex Luthor: Year of the Villain” hits stores on September 18.

We had a chance for a quick chat with Latour and Hitch about the issue, which you can find beneath the solicitation. 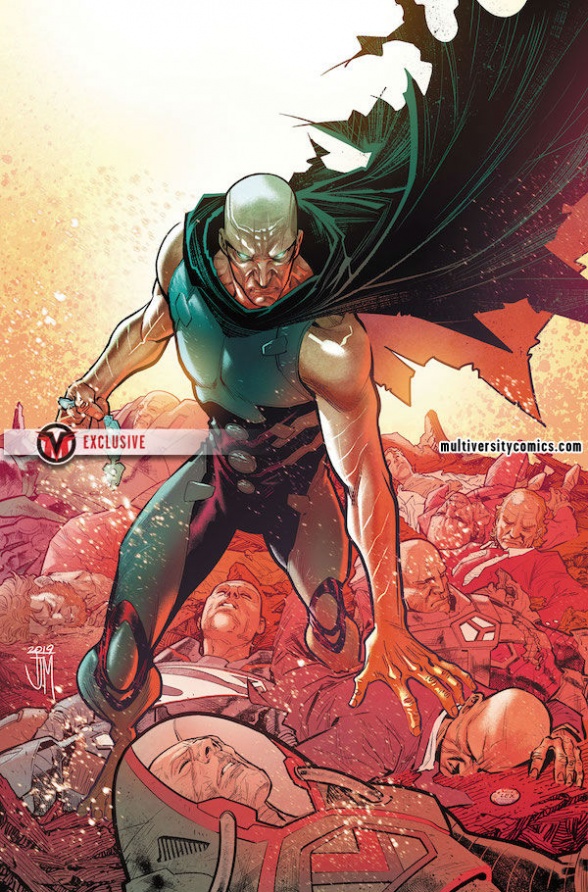 Apex Lex has made his offer to the villains of the DC Universe…but has the super-powered evil genius gotten what he truly desires? The most deadly predator in the Multiverse has set out to answer that question by seeking out his counterparts on other Earths. But will this meeting of the Luthors be the greatest team-up in all of creation…or end in a bloodbath?

The multiverse is a fun space to play in, and Jason, you’ve done some stuff for some distinguished competition in that area. Bryan, you recently drew Hawkmen from dozens of different planets/times as well. What are the challenges and joys of setting a story across multiple Earths?

Bryan Hitch: Well, the fun part about alternatives is that you get to play with classic ideas in a new way, even if its just for a single panel as was the case with some of the alternate Hawkmen. I’ve adored the idea of the DC Multiverse since I read my first JLA/JSA crossover as a kid. Then the whole “Crisis [on Infinite Earths]” thing and all the big stuff that’s come and gone before it. It seems the approach to having multiple different versions of each character is core and classic DC. The challenge, I suppose, is to keep it as vibrant and as fresh as the ‘original’ versions, but the joys are potentially unlimited.

Jason Latour: Since we’re talking Lex and the Superman mythos, ‘Whatever Happened to the Man of Tomorrow?’ has this line in the opening: “This is an Imaginary story. Aren’t they all?” I think about that a lot. All the stories are imaginary when you get down to it, but what is great about DC’s multiverse in particular is that all those stories and timelines are treated with the same weight. Hell, your favorite timeline even gains importance because of it, because no matter what you love, there is almost certainly a world where it never even came to pass.

The joy of playing with that is the freedom. The ability to get wild and imaginative. The challenge is to make sure that whatever is in that fun house mirror reflection doesn’t just riff for no reason, but adds to both timelines in a way that adds something—hopefully something that leads to someone else having an even better idea down the road.

Jason, how do you get inside the mind of someone like Luthor, who is both ruthless and brilliant in ways we can never be?

JL: It’s really funny, but the day DC came calling I’d just listened to an interview with this journalist, Wright Thompson, who was talking about his new book on sports figures like Michael Jordan who’ve been trapped by their own genius. Folks whose sharp edges have made them stellar examples of their field, but have also isolated them from regular folks in tragic ways. I was sitting there thinking, ‘man I really want to write someone like that. I’ll never be that smart or a true genius, but I know what it’s like to pursue something and risk that kind of isolation.’ That’s kind of what doing comics is for me. So it started there—and then I got the email about Lex. So y’know if you doubt that the universe is weird…

Lex Luthor is one of the more identifiable villains in the DC Universe, simply by nature of his calculating grin and lack of hair. How did you go about designing his look across various Earths? Were there certain features that had to be present for each Lex?

BH: Some of this stuff already exists and of course, Apex Lex has a different look to say, Wolfman and Byrne’s version from the 80s reboot. Lex had red hair too in various versions, but from his purple and green jump suit, to the armour to the 80s reboot to Alex Luthor of Earth 3 in “Crisis,” and everything before or since, Lex is Lex and whilst these different Earths and times allow us to show ‘our’ Lex himself as he might have been or could be were circumstances different for him, it all shows, there’s huge latitude for interpretation. Each look is inspired wholly by Jason’s writing of the character, not just by what may have already been established. Lex is a truly iconic villain, one of DC’s greatest, how can any of this not be fun?

No spoilers, but can you give us a sneak peak at one of the Lexes we’ll be meeting?

JL: So as we begin here we have a Lex that, thanks to the ongoing stuff in ‘Year of the Villain,’ has been changed to the point that he’s unfamiliar even to himself in a lot of ways. Yet the goal of the book, in my mind, was to remind everyone who Lex is. So it seemed pretty obvious that he should have look in a bunch of mirrors—before he smashes them of course.

These Lexes are an interesting bunch, and they’re targeted because they are potential threats to Apex Lex’s big over-arching plan, sure—but also they’re also threats to his sense of self. They represent questions he has about what he really wants. Which is important when you’re the guy granting wishes. What is YOUR wish? So you can expect the whole gamut. From Imperius Lex to Lex Luthor: shoe salesman. From really sad and tragic to really fun.