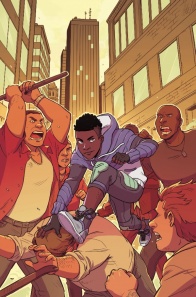 After little less than a year of being launched, Lion Forge’s Catalyst Prime universe, one that promises the most inclusive and diverse superhero landscape, is set to expand this summer as we previously announced at ECCC. “Quincredible,” which was one of the titles launched during the line’s original iteration back in 2013, will be getting a new series. More details have emerged following Diamond’s Retailer summit about the changes to the growing line. Along with the new series comes some editorial changes, with co-founders Carl Reed and David Steward II taking charge. Creative changes are also in the works and will likely be announced in the near future. You can read the full press release below:

ST. LOUIS, MO — Just under a year since the Catalyst Prime Universe debuted to much acclaim throughout the landscape of pop culture, Lion Forge unveils the next phase in comics’ most inclusive and diverse group of heroes with the announcement of “Quincredible,” followed by upcoming creative changes across the line.

Lion Forge co-founders Carl Reed and David Steward II will serve as editorial directors for all current and future titles in the Catalyst Prime Universe.

“Our goal is to show greater differentiation in creative and style among all the titles, as well as adding new series focused on Young Adult and Middle Grade readership,” says Lion Forge CEO and founder David Steward II. “Catalyst Prime came about as part of our promise to produce ‘Comics for Everyone,’ and we want to publish books that cover all genres with inclusive representation across these titles. I think readers still want more unique stories from diverse points of view, and while the market may seem saturated with Marvel and DC, we feel there is room to create something authentic and different.”

“For as long as I can remember, superheroes have been told from the perspective of Marvel or DC,” says COO and co-founder Carl Reed. “I am particularly excited about bringing the Catalyst Prime Universe to our YA imprint and our children’s imprints. The sandbox is expanding, and I am thrilled to be able to explore different approaches to the superhero genre. We seek to tell larger-than-life stories in a new and different way, and we have serious plans for the company and our impact on the industry.”

Lion Forge announces the newest addition to the Catalyst Prime Universe in conjunction with this week’s Diamond Retailer Summit. Written by Mildred Louis, with art by Selina Espiritu and Michelle Wong, “Quincredible” is set to debut in August.

The series follows Quinton, your average high school sophomore, who also happens to be moonlighting as a superhero. While his fierce bravado may serve him, he’s still in dire need of the discipline to ensure he not only saves the day but minimizes the damage done in the process. Enter Maya, a member of her neighborhood watch, who takes him under her wing to give him a better understanding of the responsibilities of being a hero and what it means to save the day.
Quinton’s first real test comes when he faces off with Null, an embittered young man with a vendetta against Foresight Corp. and superheroes at large.

In addition to this brand-new title, Catalyst Prime will see creative changes as the line moves into its second year, with details to be rolled out for each title in the coming weeks. 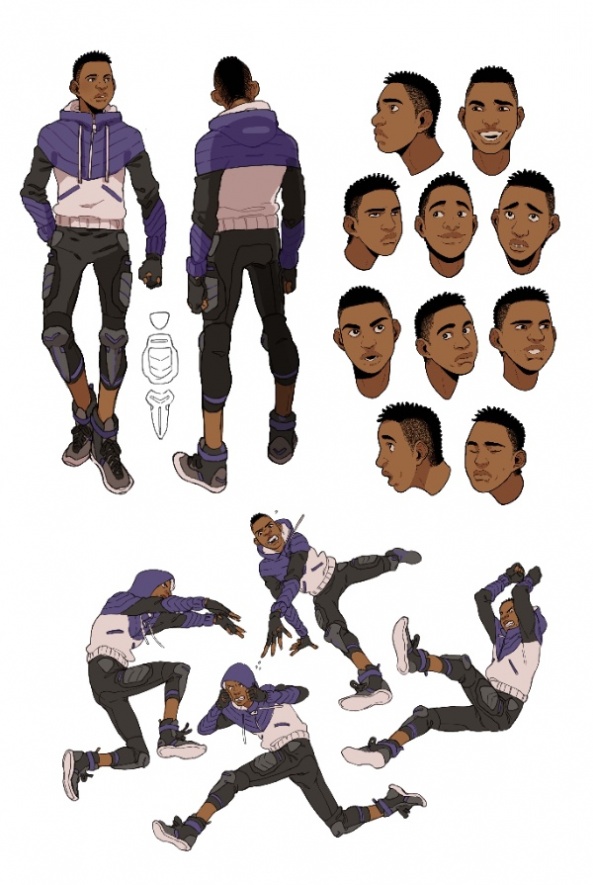 Christopher Priest has been crafting one of the most intelligent and praised comics of the Rebirth era at DC in “Deathstroke” with a slew of artists such as Carlo Pagulayan, Joe Bennett, and Diogenes Neves. Priest and Pagulayan began the the book together way back in August 2016, and the duo have reunited on ‘Deathstroke […]

Ben Percy is making the jump from one street-level hero to another this week as he transitions from “Green Arrow” to “Nightwing,” with series artist Chris Mooneyham. Percy and Mooneyham’s run will center on Dick Grayson taking on all sorts technocratic, tech-based threats ripped from today’s headlines. I had the opportunity to talk to Percy […]

Cully Hamner has had quite the career at DC Comics from designing new and different takes on characters like Jaime Reyes’s Blue Beetle to working on the costume designs of The New 52. This year, Hamner, Tony Patrick and Scott Snyder have been collaborating on the three-issue miniseries “Batman & The Signal” spinning out of […]