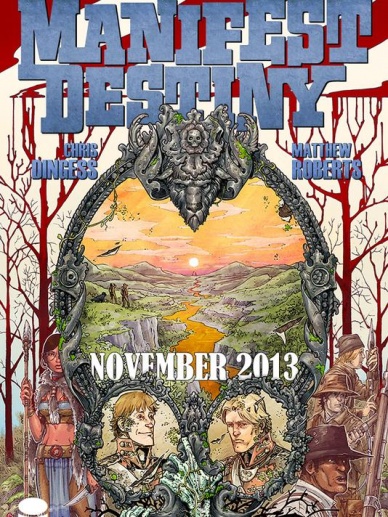 Announced today, from USAToday, screenwriter for Being Human, Chris Dingess, will be writing a new series for Skybound/Image that will be exploring a very different version of the Louisiana Purchase. Titled “Manifest Destiny”, Dingess will be teaming up with “Battle Pope” artist Matthew Roberts to tell the story of Lewis and Clark embarking on “America’s first black-ops mission.”

Speaking on the alternate history of the series, Dingess explained to USAToday:

The reason we got the Louisiana Purchase for so cheap from Napoleon was because the land west of the Mississippi was full of dangerous creatures and monsters.