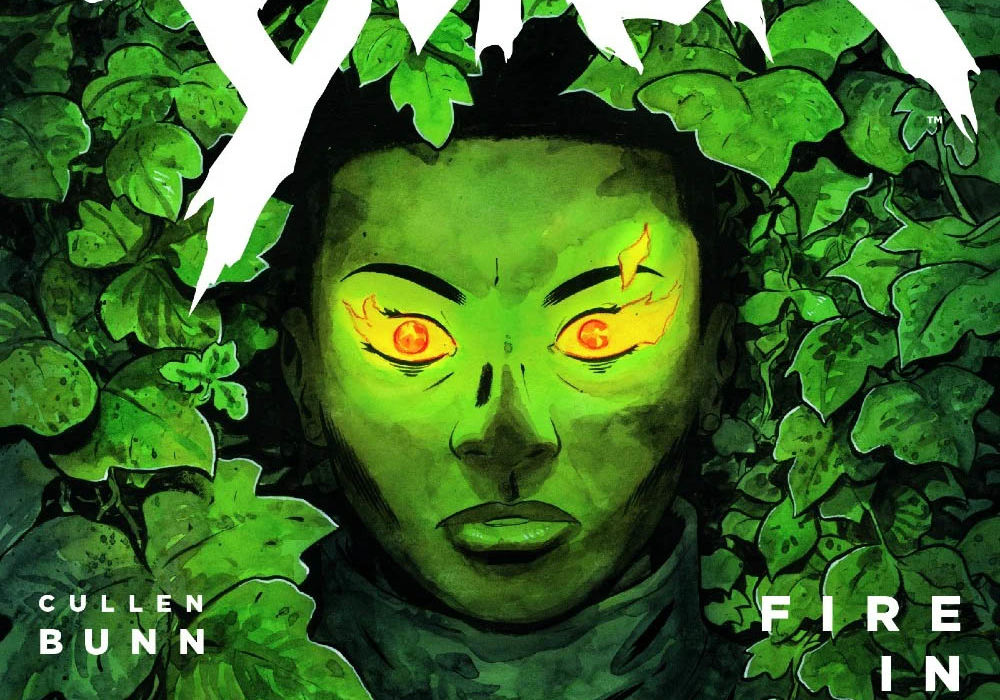 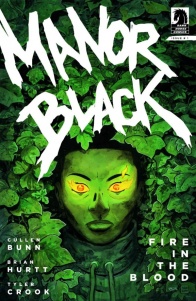 Art by Hurtt and Crook

Via Daily Dead, Dark Horse Comics have announced “Manor Black: Fire in the Blood,” a sequel to the 2019 horror series by writers Cullen Bunn & Brian Hurtt, and artist Tyler Crook. Hurtt will pencil the four-issue series this time, with Crook painting and lettering the artwork.

“Fire in the Blood” continues the story of Roman Black, the ancient and powerful head of a family of sorcerers, who defied the mysterious Stranger and his relatives to take the young fire mage Ari under his wing. He has “taken her magic house’s totem spirit inside herself. But the totem is powerful, and may be impossible to control, especially when Roman’s children begin to see the young mage as a threat.”

The synopsis continues, “Roman Black treads dangerous waters in resisting the Descent — the ancient tradition of choosing a successor and transcending the mortal world. His own father held out against this inevitable fate, and the repercussions through the House of Blood were terrifying. Now, a tale of unrelenting terror from Roman’s past unfolds. What could it mean for Roman’s family? And how is Ari connected to a tragedy that erupted eighty years gone by?”

“Manor Black: Fire in the Blood” #1 will be available online and in comic book stores on February 2, 2022. It will be released with a main cover by Hurtt and Crook, and a variant cover by Francesco Francavilla that you can check out at the link here.