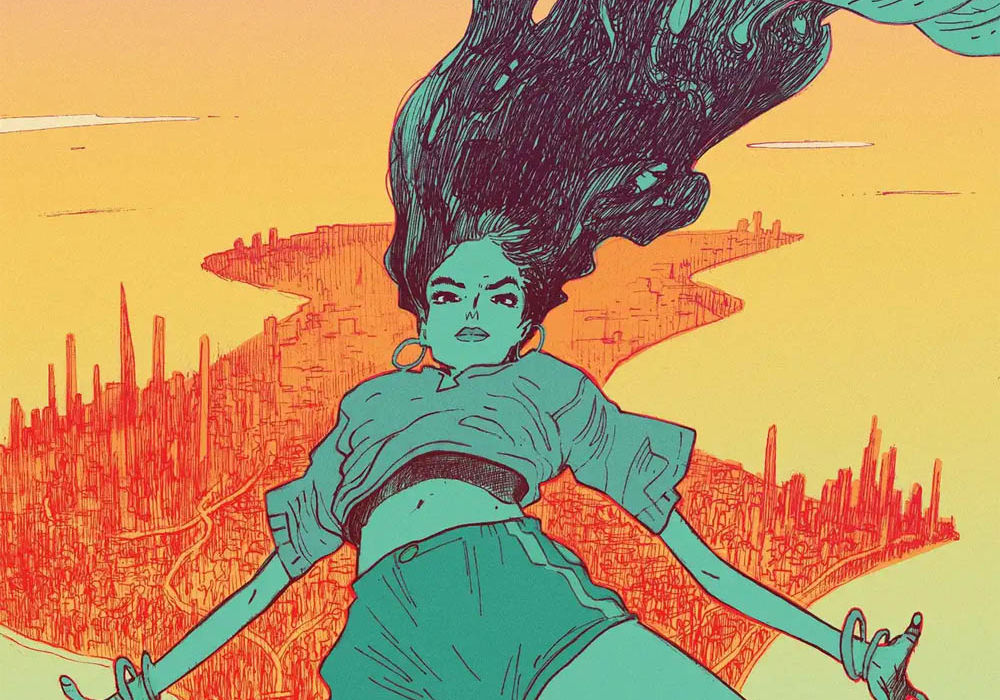 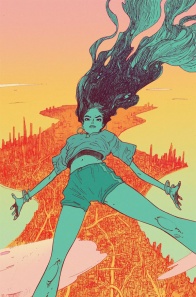 Cover by Felipe Andrade
Death walks among us in “The Many Deaths of Laila Starr,” a new series from writer Ram V (“Justice League Dark,” “Future State: Swamp Thing”) and artist Filipe Andrade (“Captain Marvel,” “Star”). The new title is set to begin at BOOM! Studios in April, and stars the avatar of death, who suddenly loses her job when humanity approaches a discovery that could lead to immortality. After being sent down to Earth in the body of a young woman named Laila Starr, she sets out to stop mankind from ever achieving immortality by showing up on the doorstep of the person who will make it all possible. Can Laila stop the future, or is death really a thing of the past?

Writer Ram V is quickly becoming one of the busiest names in comics, with upcoming projects from DC Comics and Vault Comics. Speaking of this new series, Ram V said “‘The Many Deaths of Laila Starr’ is a strange, funny, odd, and occasionally morbid comic about death, love, innocence, and the human condition.” He spoke about how his Indian background inspired the series, explaining “where I come from, gods are flawed, perhaps more so than people. Life is an endless cycle of trying to get things right, and death? Death is only the beginning.”

Artist Filipe Andrade, coming fresh off of 2020’s “Star” mini-series, said that “‘The Many Deaths of Laila Starr’ is a story about love and connection, but also the beauty and cruelty of it.” Ram V’s script takes readers through a journey into a near-future version of Mumbai, which Andrade says is “…touched by a mystic and exotic perfume. I want to transport and involve the reader in this trippy and vibrant world.” Andrade will also be drawing the main series’ covers, with variants from David Mack and Anand RK.

Henry Varona is a writer and comic book connoisseur who never seems to take himself too seriously. He's passionate about wrestling, comics, action figures, and pineapple pizza. You can find more of his opinions on Twitter, Instagram, and YouTube @awhiteCuban.