Margot Kidder, who played Lois Lane in four films opposite Christopher Reeves’s Superman, died yesterday in Montana. She was 69 years old; the cause of death has not yet been revealed.

Getting her start on television in the late 1960s, Kidder appeared in a number of series, such as The Mod Squad and Baretta as a guest star, as well as had recurring roles in series like Nichols and McQueen. She made her featured film debut in 1969’s The Best Damn Fiddler from Calabogie to Kaladar, and she would appear in various made for TV films and low budget features before landing the role in Brian DePalma’s Sisters in 1973. From that success, she would appear in other horror films, including classics such as The Amityville Horror and Black Christmas.

But her legacy, as least around here, will always be as Superman: The Movie‘s Lois Lane. Kidder brought a spunk to the role which made her both the perfect investigative reporter and the perfect foil to the always composed Superman. Her chemistry with Reeves, both as Superman and Clark Kent, was palpable. Whether throwing herself off a building to ‘prove’ Kent’s secret, or crying in his office at the realization that her life with Superman would never be easy, she was able to run the gamut of emotions, while always staying true to Lane’s indomitable spirit. 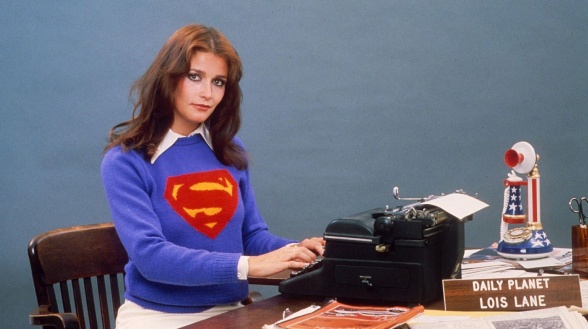 Kidder would appear in all four Superman films, including a diminished role in Superman III, alongside her Some Kind of Hero co-star Richard Pryor.

Kidder struggled with bipolar disorder, and a 1996 incident where she wound up thousands of miles from home, missing teeth, and on the street, was often played for laughs at a time when mental illness was not as understood as it is today. Kidder was brave in the face of her diagnosis, being a public advocate for mental health before it was fashionable.

Kidder made a return to the world of Superman in 2004, playing Bridgette Crosby on Smallville; Crosby was the assistant of Virgil Swann, a character played by her old co-star Reeves, though they did not share any screen time. Reeves died in between the original airings of her episodes.

Kidder last appeared in the independent film The Neighborhood, alongside Danny Aiello. She is survived by her daughter, Maggie McGuane, and her two grandchildren.

Speaking personally, as a kid who grew up with the Superman films in constant rotation in his home, Kidder was always my Lois Lane. It doesn’t hurt that my mom’s name is Lois, and friends used to say she ‘looked like Lois Lane,’ meaning Kidder. Her performance as Lane is one that has influenced every subsequent Lois story, from comics to film to television.