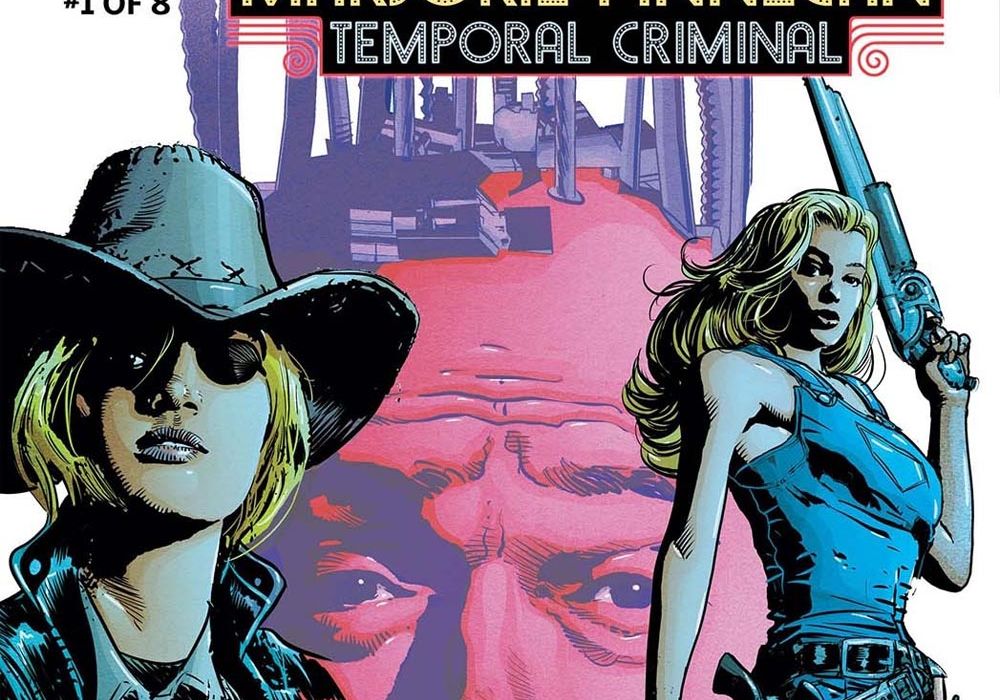 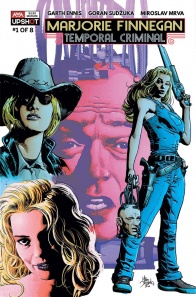 Cover by Mike Deodato Jr.
Via The Hollywood Reporter, Artists, Writers & Artisans have announced Garth Ennis is reteaming with “A Walk through Hell” artist Goran Sudžuka on “Marjorie Finnegan: Temporal Criminal,” an eight-part comedy series debuting in May. Colored by Miroslav Mrva, the comic will follow the titular thief as she causes chaos, and loots her way through history.

Ennis said, “This is my own spin on the time travel tale, with a twist or two that occurred while I was thinking about the conundrums that temporal mischief can inspire. It’s got Marj herself, a fun-lovin’ gal who should be fine as long as she doesn’t slow down long enough to notice the chaos she’s causing, a villain so evil he looks like Satan, another one who started making trouble back in the womb, a guy who’s just a head, and dinosaurs. Really, it’s hard to go wrong with dinosaurs. Especially smart ones. But just in case, let’s throw in a time cop with a malfunctioning sex toy as well…”

AWA chief creative officer Axel Alonso said, “Every few years, Garth creates a game-changing story that locates the pulse of popular culture and slices it open: ‘Preacher,’ his reinvention of ‘The Punisher,’ ‘The Boys.’ ‘Marjorie Finnegan’ is his next masterpiece, a hard-charging, sci-fi romp, featuring a lovably flawed protagonist, perfectly realized with co-creators Goran Sudzuka and Miroslav Mrva.”

“Marjorie Finnegan” #1 will be released digitally and in comic book stores on May 5. For more from Sudžuka and Mrva, as well as unlettered preview art showcasing the book’s comical violence, head on over to the Reporter.