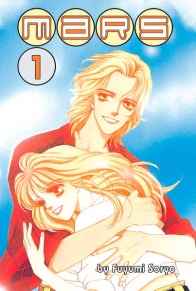 If you’re a fan of reprints — whether because of nostalgia or as someone interested in reading titles you might have missed previously — Kodansha Comics and comiXology Originals have some news for you. After years of being out of print, all 15 volumes of “MARS,” by Fuyumi Soryo, and all 14 volumes of Yayoi Ogawa’s “You’re My Pet” (previously released under the name “Tramps Like Us”) will be available digitally from today. Part of comiXology’s ongoing partnership with Kondansha that’s included reviving titles like Harold Sakuishi’s “BECK” and Shuichi’s Shigeno’s “Initial D,” the titles are available to Amazon Prime, Kindle Unlimited, and comiXology Unlimited subscribers at no additional cost.

For readers not familiar with either series, check out the synopses from Kondansha and comiXology below.

Superpopular motorcycle racer Rei and shy, neurotic art student Kira are worlds apart … until one fateful day brings them together. Rei stumbles upon Kira in the harassing hands of her sleazy art teacher and saves the quiet girl from his clutches. And when the resident school pretty boy plants a kiss on a statue of Mars in the studio, Kira finds herself drawn in and even summons up the nerve to ask him to model for her!

“You’re My Pet” by Yayoi Ogawa

Life was good for Sumire Iwaya … until the day she discovers her boyfriend is cheating on her. She gets demoted at work and her life spirals toward the dumps. Things take a turn for the better when she crosses paths with Momo, a handsome-but-homeless guy with a colorful past who puts a bounce in her step and a shake in her hips. It takes two to tango, but when Sumire’s first love reappears in her life, will this be the last waltz?