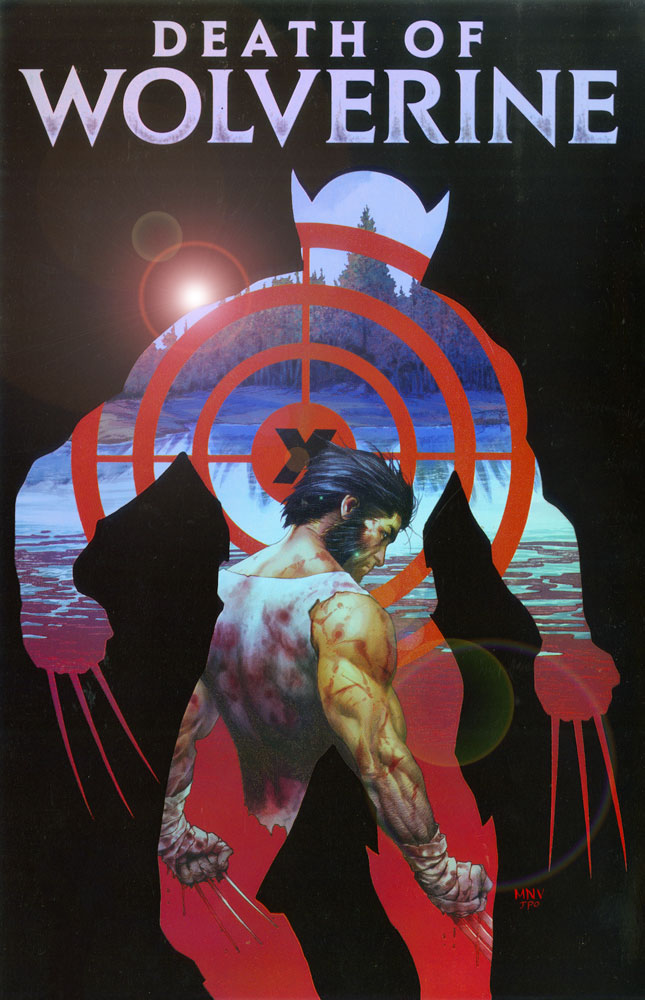 Title says it all: Marvel has announced something they’re calling a “weapon etched holo foil treatment” cover for their upcoming “Death of Wolverine” mini-series, and I honestly have no idea what I’m supposed to be reporting on here or how to explain it further. There’s a press release for that, but even that has left me pretty clueless. “Weapon etched holo foil” is even bolded multiple times in the press release, and I still don’t really get it.

What I do get is a flashback memory to the 90’s when crazy-styled variants eventually caused a market collapse and Marvel to go into bankruptcy. I also have a more recent flashback to the much maligned covers of DC’s Villain’s Month, and the various negative reports coming from retailers about that whole endeavor.

But, seriously: how does one etch with a weapon? Honestly, take a look at the cover: 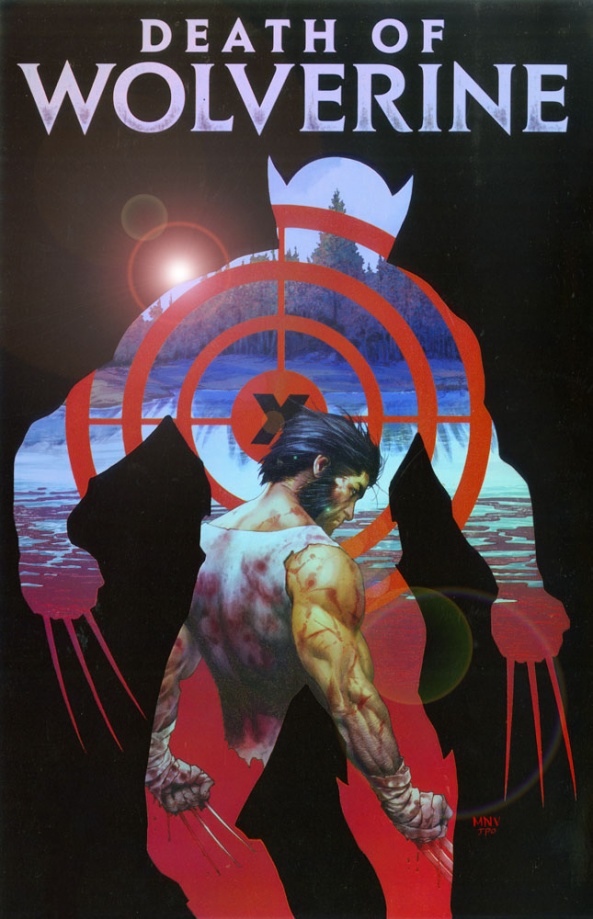 It seems like “JJ Abrams Lens Flared Treatment Cover” is more accurate of a title here, no?

For the full Marvel press release, please see below. If you can explain how to etch with a weapon, please comment below.

“With a huge event like DEATH OF WOLVERINE, we wanted to give retailers and fans a cover that stands out on shelves and really helps to grab your attention,” says Marvel’s SVP of Sales & Marketing David Gabriel. “Something that says this is an event to behold. Whenever you do any kind of special cover treatment, you want to make sure the story can back it up. Charles & Steve have an epic story planned, and we’re confident that when you crack open DEATH OF WOLVERINE #1, you’ll agree!”

In anticipation of these covers immense popularity and the high profile nature of the series, Marvel will have plenty of copies available for retailer orders to appease customer’s demands! Attendees at Marvel’s Diamond Retailer Summit presentation will receive a free cover preview.

“When Steve McNiven first turned in his cover to DEATH OF WOLVERINE #1, we knew we had something special in our hands,” says Executive Editor Mike Marts. “A cover for the ages. What better way to celebrate this special cover than by giving it the special treatment. Just the other day I saw the process involved in creating this amazing cover—it’s really beautiful. It’s a fantastic way to enhance and showcase this spectacular cover that Steve has drawn.”

Launching in September, DEATH OF WOLVERINE chronicles the grisly end of the man known as the Wolverine. Left without his healing factor, the indestructible killing machine has found himself vulnerable for the first time in a long time. The word is out and time is up – as villains from Logan’s past and present set their sights on his head. Written by comic superstar Charles Soule and drawn by industry legend Steve McNiven, DEATH OF WOLVERINE is poised to shake the foundation of the Marvel Universe this September. What does a world without Wolverine look like? Find out when the stunning WEAPON ETCHED HOLO FOIL covers to DEATH OF WOLVERINE leap off comic shop shelves this September!