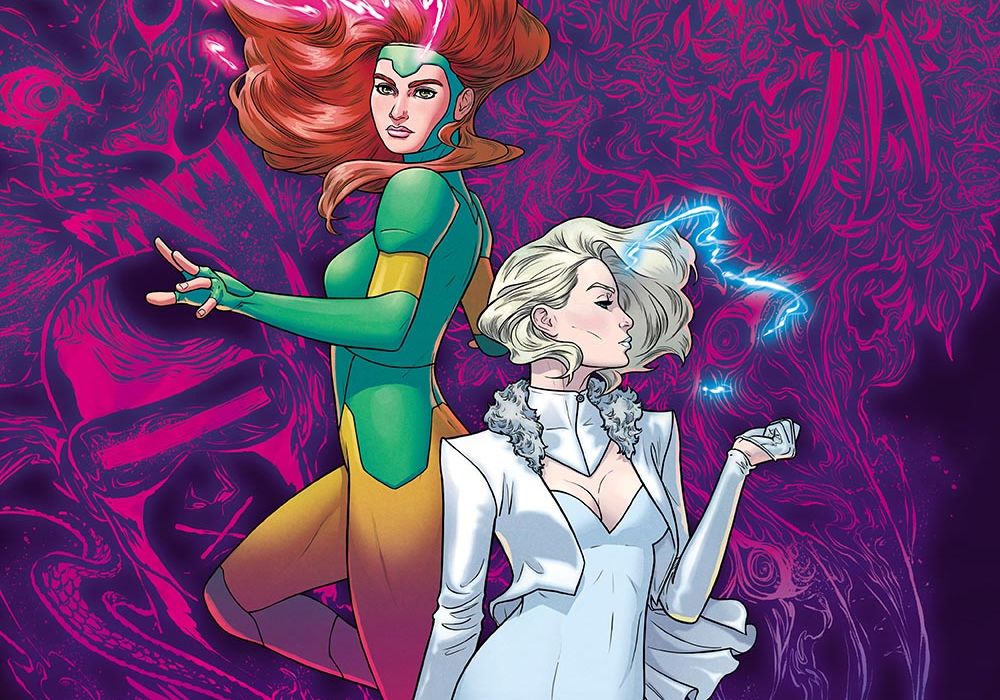 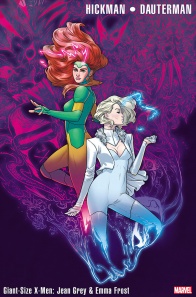 At MCM Comic Con London today, Marvel revealed Jonathan Hickman’s plans to relaunch “Giant Size X-Men,” in February. Hickman will write the series and be joined by a different artist on each issue, with “Giant Size X-Men: Jean Grey and Emma Frost” #1 being drawn by Russell Dauterman (“The Mighty Thor”), with colors by Matt Wilson (“Paper Girls”).

The first issue in the series will be focused on Jean Grey and Emma Frost, with the telepathic pair having to work together to rescue Storm from danger. In a press release, Dauterman descrbied working on the series as “a dream come true,” having “wanted to draw X-Men comics since [he] was a kid,” detailing that an additional bonus is that Jean Grey is his favourite character.

“Giant Size X-Men” was first published as a one-shot in 1975, with Len Wein and David Cockrum, writing and illustrating the book, respectively. This issue is considered a pivotal issue in the X-Men publishing history and introduced characters such as Storm and Nightcrawler. Since then, there have been a small number of other issues titled “Giant Size X-Men,” including several to mark the 30th anniversary of the title in 2005. 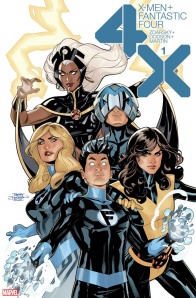 Cover by Terry and Rachel Dodson

In addition to “Giant-Size X-Men,” we’ll be getting a look at how the rest of the world sees Krakoa through the eyes of Franklin Richards. Teased back in “House of X” #1, Marvel has announced a four-issue “X-Men/Fantastic Four” miniseries from writer Chip Zdarsky and X-Men alums Terry and Rachel Dodson. The miniseries will also kick off in February, and you can head over to Newsarama for an interview with Zdarsky.

“Spider-Man Noir” is also getting a brand new series beginning in March 2020 which spins out of the events of the current “Spider-Verse” miniseries. “Spider-Man Noir” will be written by former “Captain Marvel” scribe Margaret Stohl with art by “Punisher: Kill Krew” artist Juan Ferreyra.

In Conan news, spinning out of the upcoming “Conan: Serpent War” event comes the debut series for another Robert E. Howard creation, Dark Agnes. Writer Becky Cloonan (“The Punisher”) is teaming with artist Luca Pizzari (“Weapon X”) for the title, which follows “Agnes de Chastillon as she frees herself from an arranged marriage to live the dangerous life of a sellsword in 16th-century France.” The five-issue miniseries is also launching in February.

Also announced was “Conan: Battle for the Serpent Crown,” written by Saladin Ahmed (“Miles Morales: Spider-Man”) with art by Luke Ross (“Savage Sword of Conan”). The follow-up will see the Barbarian go on a quest for the Serpent Crown of Atlantis and encounter many modern Marvel heroes and villains, beginning with Mephisto in the city of Las Vegas. The five-issue series also starts in February.

On the Star Wars front, Doctor Aphra will be headlining a new series come April with the end of her current series with issue #40 in December. The new “Star Wars: Doctor Aphra” title will be written by Alyssa Wong (“Aero”) with art by Marika Cresta (“Fearless,” “X-Men: Gold”) and feature covers by Valentina Ramener.

Lastly, a six-issue series curated by Alex Ross (“Marvels”) simply titled “Marvel” was announced. It will feature untold past stories of the Marvel Universe – Ross told ComicBook.com, “This book, which is simply called ‘Marvel,’ is a collection of short stories by unique and exceptional talents, including some who don’t normally work with Marvel characters.” It was not stated when the series will debut.