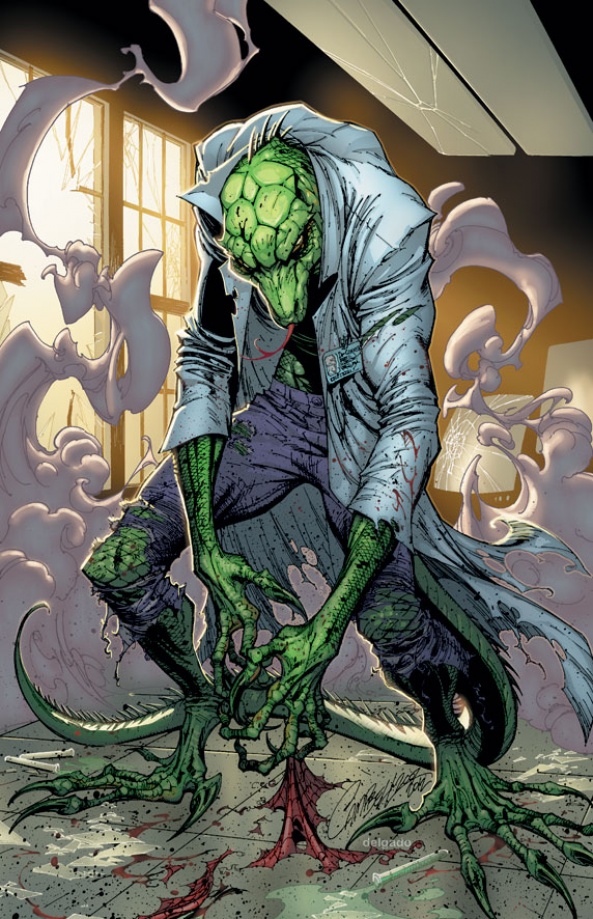 The next arc of “Amazing Spider-Man” is entitled ‘No Turning Back’ and is, admittedly, an arc to somewhat tie into the upcoming Amazing Spider-Man film. Not only will it bring some resolution to the lingering Morbius storyline, but it will also feature the film’s villain, the Lizard, front and center in the story.

So how do we celebrate? With a variant cover, of course! Today’s variant is brought to you by J. Scott Campbell and features a creepy looking version of the Lizard that seemingly hasn’t eaten in a little while. It’s also closer to the original version of the Lizard as opposed to the more recent iteration of the character, but that’s alright. We can forgive this.

For the full press release from Marvel, please see below.

Marvel is proud to present your first look at fan favorite artist J. Scott Campbell’s variant cover to Amazing Spider-Man #688, kicking off “No Turning Back” this June! Someone has tampered with the grave of Billy Connors and it’s up to Spider-Man to hunt down one of his greatest foes: The Lizard! But Spider-Man will have his hands full when he takes on Curt Connors, AND Morbius the Living Vampire! Can Spidey handle both of these monsters before it turns into an all-out brawl?  The superstar creative team of Dan Slott and Giuseppe Camuncoli bring you high stakes action and drama like no other in Amazing Spider-Man #688,  swinging into comic shops everywhere, the Marvel Comics app and the Marvel Digital Comics Shop this June.