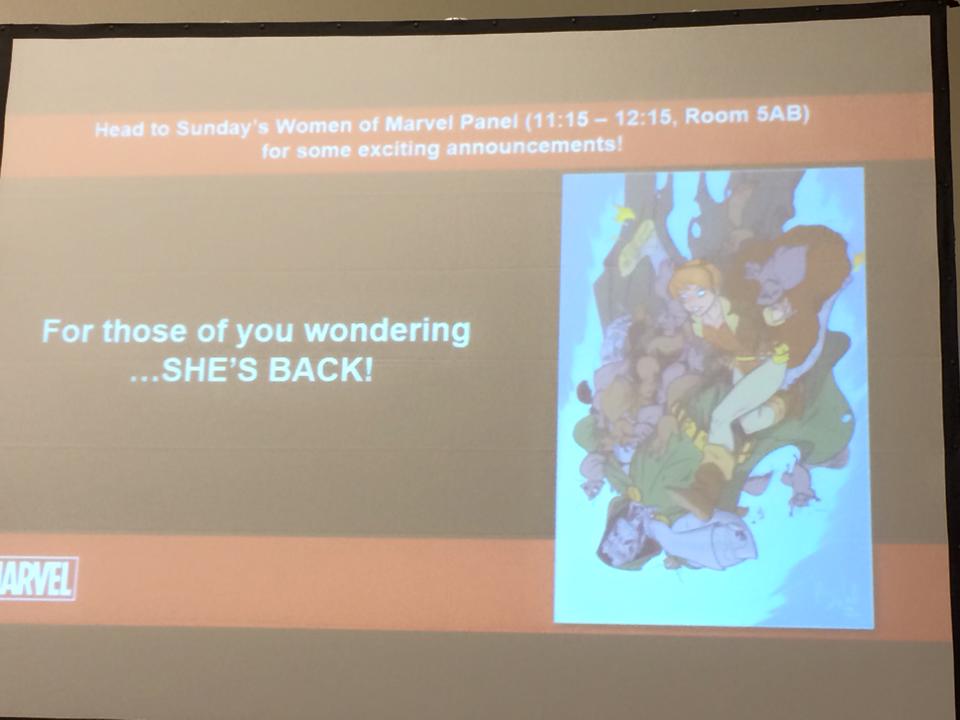 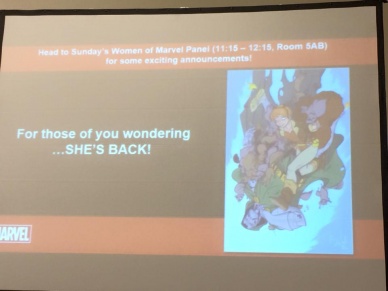 Today at a special retailers only event, Marvel teased even more “All-New, All-Different” titles. It was expected that some things were being saved for this weekend when nearly all of the geek pop culture community would be watching what happens in San Diego. These photos come from Dennis L. Barger Jr., owner of Michigan’s Wonderworld Comics, so Marvel hasn’t publicly commented on these just yet. Expect them to do so over the weekend.

The images reveal quite a lot of things. First, “The Unbeatable Squirrel Girl” is not gone and will be coming back post “Secret Wars”. The art looks like Erica Henderson’s work but this may be a just a promo image. She is going to be doing “Jughead” for Archie Comics so it’s possible she may not be on the book anymore. One image showed some of the characters from the initial promo images that we haven’t heard news about. Devil Dinosaur, Citizen V, Black Mask, Black Widow, Red Wolf and Black Panther all have their own promo pieces so may some of them be getting solo series?

Two major new titles we can expect to hear more about are “Spidey” and “Blade: The Hunter”. “Spidey” seems to a teenage Spider-Man title which leaves a few questions. We already have a teenage Spider-Man in Miles Morales so where does this fit into things? “Blade: The Hunter” features what looks like a woman in the role of Blade. This is listed as a new character entirely and while a new female lead is great, I hope that she’s also a woman of color. It would be a shame to lose a prolific black hero like Blade to whitewashing.

I think many fans felt a little underwhelmed by the “All-New, All-Different” lineup so hopefully Marvel has some big reveals up their sleeves with these characters. I’d really like to see “Black Widow” continue and a new “Black Panther” series would be sweet.

You can see all the images, taken by Barger on his Facebook page.  We’ll update you when formal announcements are made.