San Diego Comic-Con has ended and between the what felt like months lead-up to the con and the five days at the convention center, Marvel dropped a ton of news. We’ve got an almost exhaustive rundown of every announcement from television to comics here and links to articles we wrote or places you can find them elsewhere on the interwebs.

Be sure to check back on Friday here for Make Mine Multiversity‘s look at all the big news from SDCC and reviews of some of Marvel’s biggest books of July.

– Marvel finally found a director for the in development Black Widow movie in Cate Shortland (Lore). No release date has been set for the film.

– Chris Sims, Chad Bowers, and artist Todd Nauck are set to launch a Sleepwalker four-issue miniseries that will tie-in to “Infinity Wars.” “Infinity Wars: Sleepwalker” #1 and #2 will be out in October.

– Marvel is bringing back its “What If?” comics with six one-shots all set to release in October. All stories feature a character who has just one aspect of themselves tweeked. They will focus on Spider-Man, Magik, Ghost Rider, Thor, the X-Men, and the Punisher. You can find the solicitation information and creative teams here.

– Marvel has partnered with IDW to release a number of all-ages ongoing series. IDW will launch a “Spider-Man” book in November starring Peter Parker and Miles Morales, followed by an “Avengers” series in November and a “Black Panther” one in January. At IDW’s panel on Saturday of the con, they revealed that Delilah S. Dawson and Fico Ossio are the team on the “Spider-Man” book while Sara Pitre-Durocher will illustrate “Avengers.” 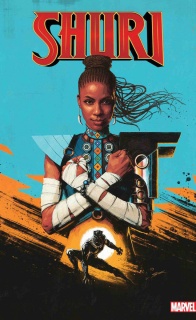 – Building on her appearance in Black Panther, Marvel announced a “Shuri” ongoing series from writer Nnedi Okorafor and artist Leonardo Romero. The series launches in October, and the main covers for the the series will be done by Sam Spratt, cover artist of Janelle Monáe’s album “Electric Lady.”

– Marvel announced “Typhoid Mary: Spider-Man” #1 written by Clay McLeod Chapman with art by Stefano Landini, which sees Typhoid Mary return to New York and go toe-to-toe with Spider-Man, Iron Fist, and the X-Men. It is unclear if this is a one-shot, ongoing, or first of multiple one-shots.

– Marvel released the trailer for Marvel Rising: Initiation, a set of animated shorts premiering on Disney XD on August 13th all building up to the TV movie Marvel Rising: Secret Warriors.

– A new “Jessica Jones” comic was announced and launched Wednesday from Kelly Thompson and Mattia de Lulis as a part of a new initiative called Marvel Digital Originals (MDO). The previously announced “Cloak & Dagger” series was folded into this initiative, which is seeking to create 40-page comics released in three-issue spurts to try to reach a different audience. The issue is available now on comiXology and Marvel’s Digital Comics Shop. The series will later be printed as collected editions.

– Marvel Television announced that Iron Fist season two would be released on Netflix on September 7th. Actress Alice Eve has also been cast as Typhoid Mary. A trailer for the season was also released on Saturday.

– At their “Spider-Man” panel, Marvel announced a number of limited and ongoing series to tie-in or spin out of its upcoming “Spider-Geddon” event which launches in October written by Christos Gage and Dan Slott with art from Jorge Molina. The series are: 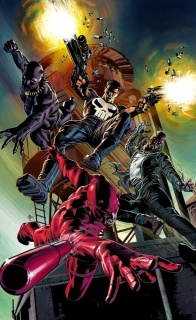 – It was revealed that for its 20th anniversary, the Marvel Knights line is getting a relaunch which will be helmed by Donny Cates. Cates handpicked writers Matthew Rosenberg, Vita Ayala, and Tini Howard to join him on the project. Originally we reported the relaunch would kick off with “MK20” #1 from Cates and Mike Deodato, though Newsarama clarified Deodato’s only involvement with the project is the promotional image to the left. Look for more details as they come.

– Marvel revealed that Neil Gaiman and Mark Buckingham have resumed work on their “Miracleman” series following legal issues with the character and the book should resume next year.

– Cloak & Dagger has been renewed for a second season over at Freeform.

– Nicolas Cage, Kimiko Glenn, and John Mulaney have been respectively cast as Spider-Man Noir, Penny Parker, and Spider-Ham in Spider-Man: Into the Spider-Verse. That movie hits theaters December 14, 2018.

– Riz Ahmed’s character from Sony’s upcoming Venom movie was revealed to be Riot, another symbiote set to take on Tom Hardy’s Eddie Brock. That movie is out October 5, 2018.

– At the Eisner Awards on Friday night Marvel took home two awards. The Best Limited Series award for 2017 went to Roxane Gay, Ta-Nehisi Coates, and Alitha E. Martinez’s “Black Panther: World of Wakanda” while Best New Series of 2017 went to Saladin Ahmed and Christian Ward’s “Black Bolt.” Congratulations to both creative teams and all Eisner winners! You can find a full list of winners here.

– Chelsea Cain is returning to Marvel on a six-issue “The Vision” miniseries, co-written with her husband Marc Mohan and illustrated by Aud Koch. The series follows-up on the events of Tom King and Gabriel Hernandez Walta’s “Vision” series and debuts in October.

– Three more Marvel Digital Originals were announced featuring Luke Cage, Iron Fist, and the Daughters of the Dragon. The creative teams are:

– Actor Jeff Ward (Deke) has been upgraded to series regular for the upcoming sixth season of Agents of SHIELD. The season will premiere in 2019 following Avengers 4 with Clark Gregg (Agent Coulson) set to direct the premiere.

– The Gifted released a new trailer for its upcoming second season on Fox and gave us some more details on the show and the reveal that the Morlocks are coming to the show alongside more X-Men-related characters. Season 2 premieres September 25th.

– At Marvel’s Animation panel the upcoming fifth season of Marvel’s Avengers cartoon, subtitled Black Panther’s Quest got a release date and more details. The show is set to premiere on September 23rd on Disney XD. You can get a look at the whole panel here.

– Finally, Marvel’s X-Men panel revealed five “X-Men: Black” one-shots set to be released weekly in October focusing on X-villains. The creative teams for the books are:

There will also be an Apocalypse back-up story from Lonnie Nadler, Zac Thompson and an unnamed artist that runs through all the books. The panel also revealed that “Uncanny X-Men” would return in November, though they weren’t ready to reveal the creative team.

Did we miss anything? Is there any Marvel news that you’re really excited about? Sound off in the comments below and come back Friday for #MakeMineMultiversity 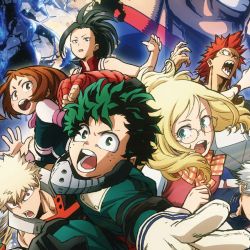 Welcome back to The Rundown, our daily breakdown on comic news stories we missed from the previous day. Have a link to share? Email our team at rundown@multiversitycomics.com. Usually we don’t post Rundowns on Sundays, but it’s SDCC weekend and there’s too much news to be left until Monday.So in case you missed the plethora […]