Well, we theorized it and then flat-out told you it was happening, but now thanks to the Cup O’ Joe Panel at NYCC we can confirm it: everything’s coming up cosmic! 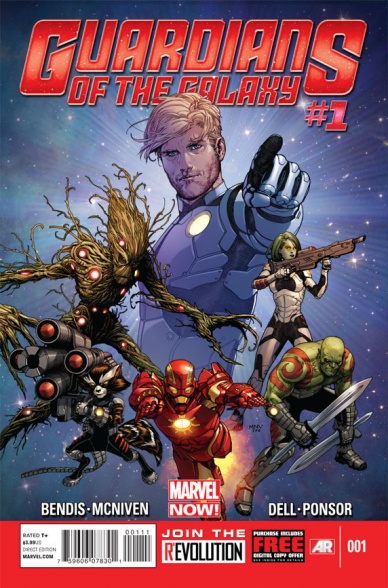 Marvel has announced that in February, they will be launching two new ongoings into the Marvel U, focusing on the Cosmic side of things. To start with, Bendis and McNiven will be taking over “Guardians of the Galaxy,” featuring the revamped version from the DnA run with a new look. The characters involved are confirmed to be Starlord, Gamora, Drax, Groot and Rocket Raccoon, but tailing around with them will also be Iron Man. Why Iron Man is with them (or if it’s Tony Stark) is unknown, as well as why they all have new outfits, but it’s probably safe to assume we’ll learn about it in the upcoming Marvel NOW! Point One issue. 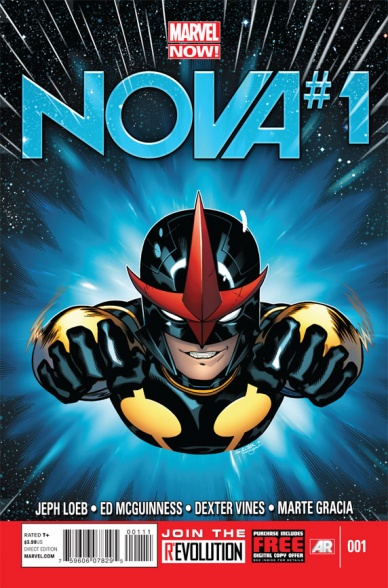 In addition to that, the other half of cosmic is coming to you from Jeph Loeb and Ed McGuiness in a new Nova ongoing, starring the Nova that appeared mysteriously in “AvX,” Sam Alexander. We never learned much about him or how he ended up being in the Nova outfit after Nova (and Starlord, truthfully) “died” in “The Thanos Imperative,” but that’s what you’ve got Loeb and McGuiness for. If you liked what they did in “X-Sanction” and “Hulk,” this book is for you.

Look for “Nova” in February of 2013, and look for a “Guardians” Point One issue in February, followed by the ongoing in March.