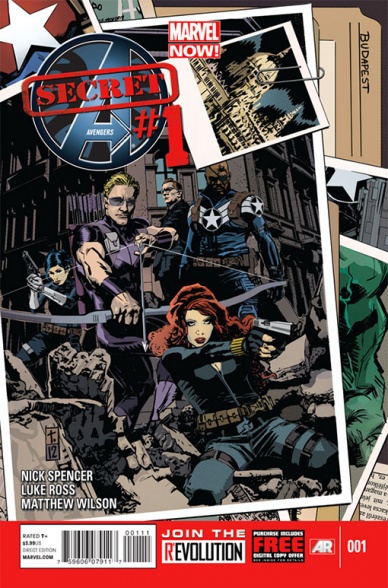 We told you there’d be more Coulson news for you!

Announced at NYCC, Nick Spencer and Luke Ross’ short is spinning out of Marvel NOW! Point One and into a brand new “Secret Avengers” ongoing. But here’s the catch: where Brubaker’s book originally launched as a team of secret Avengers working on clandestine missions, this book will feature be focused on non-powered SHIELD operatives mixed with Avengers for a more grounded spy book. The book stars Maria Hill as she forms a new team of Nick Fury Jr and Agent Coulson (from Marvel’s “Battle Scars”), Hawkeye, Black Widow, Mockingbird, Winter Soldier and a new Iron Patriot.

Oh, and the Hulk. Because you can never have enough Hulk.

Given most of the books Marvel has in their NOW! line-up, it should be quite fun to get a grounded spy-based book that pulls in a lot of the characters who have their own successful solo spy-books, like “Winter Soldier” and “Hawkeye.” Look for the title next year from Marvel.