Welcome to Mignolaversity, Multiversity Comics’ home for all things Mike Mignola. As usual, we’re running the upcoming solicitations. Check ’em out below.

Please note, certain details, such as exact release dates, may still change due to complications caused by the COVID-19 outbreak. 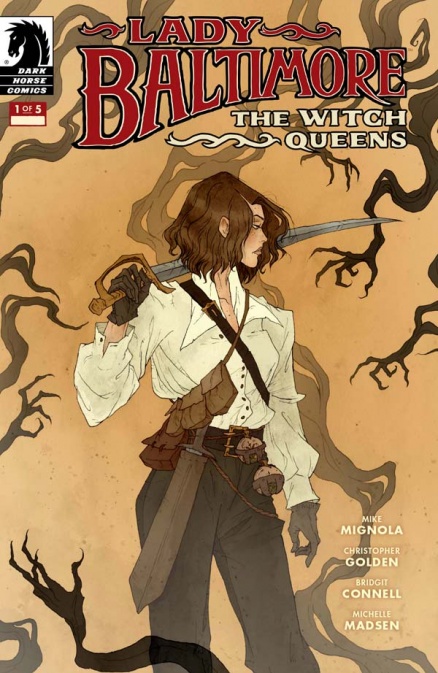 Once she was Sofia Valk, living in a village overrun by evil. In time she became Lord Baltimore’s most trusted ally. Now, more than a decade after his death, Europe has erupted with the early battles of World War 2 and dark forces are rising again. With witches, vampires, and Nazis on the march, Sofia must embrace the title of Lady Baltimore! But can she fight monsters without becoming a monster herself? Horror genius writing team Mike Mignola and Christopher Golden reunite, with stellar art by Bridgit Connell and colors by Michelle Madsen as they return readers to the world of Baltimore.

“Witches, monsters, magic, and adventure abound in Lady Baltimore, the exciting new series from Dark Horse Comics, rich in story and art that brings it all to life. What’s not to like!”—Cat Staggs

Mark: It’s no secret I’m pretty excited about this one. The Hollywood Reporter broke the news last week and we had an interview with Christopher Golden with a first look at Bridgit Connell’s work. Dread Central also showed off some of Connell’s and Mignola’s monster designs. And then I went and wrote a Hell Notes column about Lady Baltimore. (I couldn’t help myself.) 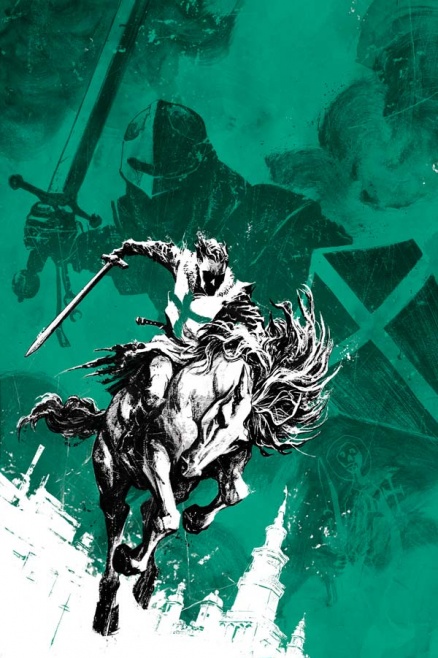 A dire chase plays out against the backdrop of occupied Europe!

Goaded on by the spirit of St. Hagan, a Polish spy pursues the Nazi soldiers who stole valuable rebel intel and left him for dead. What the envelope contains is the key to stopping an occult doomsday plan. But occult forces at work in the Third Reich have sensed his presence, and move to intercept. Will one man, even infused with such a spirit, be enough to overcome that which stands against him?

Mark: It seems like we’re going to be seeing a lot of World War II in June, though very different versions of it. In “Lady Baltimore” we’ll see how it played out in the “Baltimore” and “Joe Golem” universe, where Adolf Hitler died in 1918 and the Nazi party formed an alliance with an association of witches calling themselves “Hexenkorps.” In “The Last Knight of St. Hagan” we’ll see events played out in the Hellboy Universe—though from a very unlikely point of view. Despite the Hellboy Universe being twenty-six years old now, and despite World War II setting in motion so many crucial characters and plot points, we’ve seen remarkably little of it. 2013’s “Sledgehammer” 44 showed us a little through the the eyes of Patrick Redding, a character we’d never met before. All we knew was the Vril Energy Suit. “The Last Knight of St. Hagan” seems to be similar in that regard. We know about the Knights of Saint Hagan from previous stories, but our central character is brand new. This is very uncharted territory. 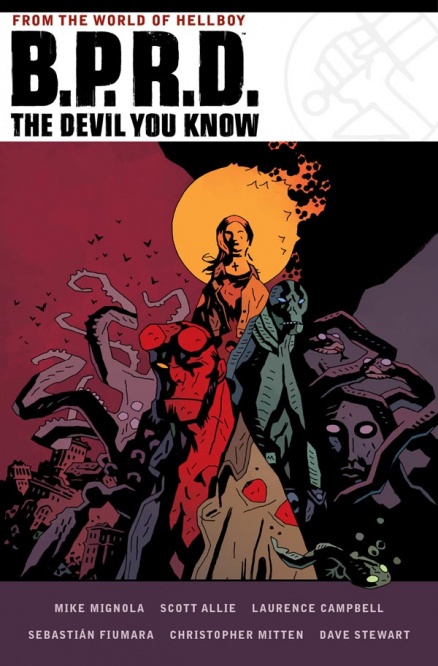 The explosive conclusion to the B.P.R.D. series is collected in full! Lovecraftian monsters ravage an apocalyptic earth as the B.P.R.D. fights to save what little of humanity they can. But even Hellboy is not who he once was, and whether anyone survives Varvara and the long-awaited Ragna Rok remains to be seen.

Hellboy, Abe Sapien, Liz Sherman, and other familiar faces from the B.P.R.D. gather one last time to make a final stand for humanity. This book collects the end of the B.P.R.D. as we know it. Includes B.P.R.D.: The Devil You Know volumes 1-3 and bonus material.

Mark: It seems the time between when the final issue of a series comes out and when the omnibus edition comes out is getting shorter, with each new omnibus Dark Horse brings out. “B.P.R.D.: The Devil You Know” sets a new precedent at a mere sixteen months. I love this format—it’s my preferred way to read the series, and in this case I feel like the story will really work best contained in a single volume. As usual, it’ll collect all the sketchbook material from the trade paperbacks, and I’m hoping we’ll see some new extras in there. For now, we’ll have to wait for further details.

Understandably, COVID-19 is causing delays with our favourite comics, so here’s a the current release schedule for titles coming out over the next few months. These dates may continue to change, so please check Dark Horse’s website for the most recent updates.