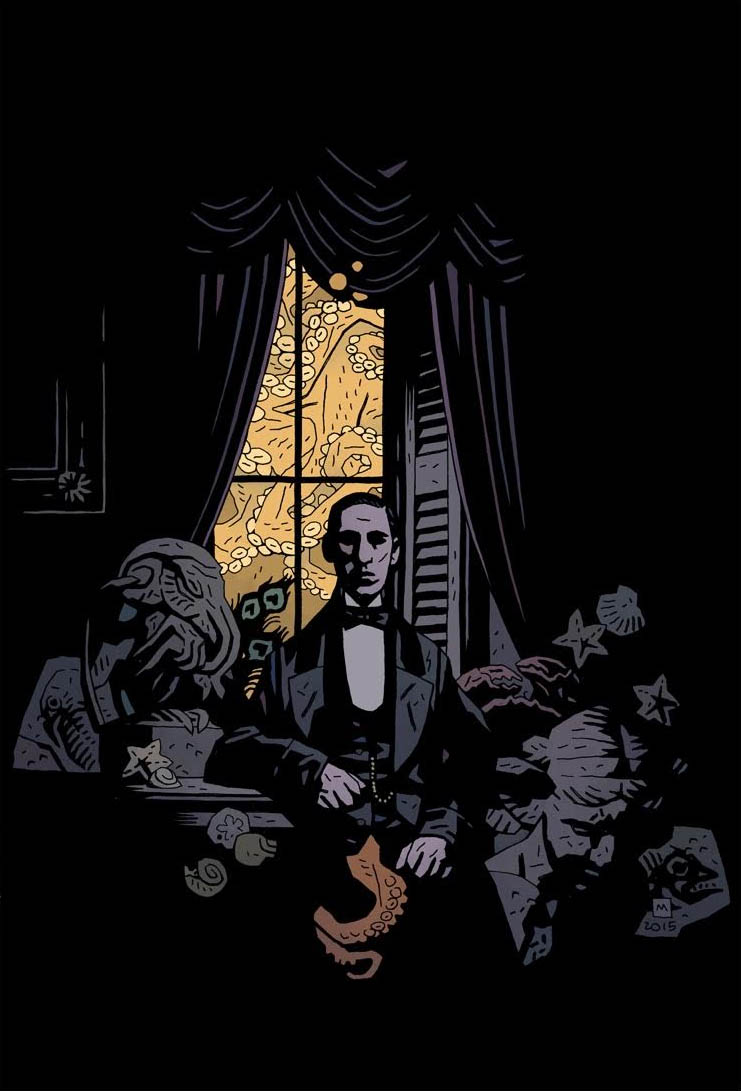 Welcome to Mignolaversity News Update, your monthly recap of Mignolaverse-related news. This month, the December solicitations were posted on Uproxx. Click the link for the full details. (Update: Apparently Uproxx didn’t get to show off Abe Sapien. I’ve added it in now.) 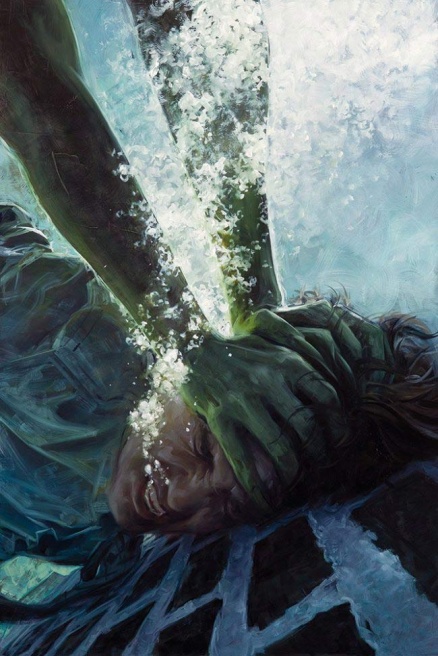 Joe Golem finds the Rat Catcher red-handed, pulling children into the canals of Lower Manhattan, and discovers that there’s more behind this creature than he suspected. 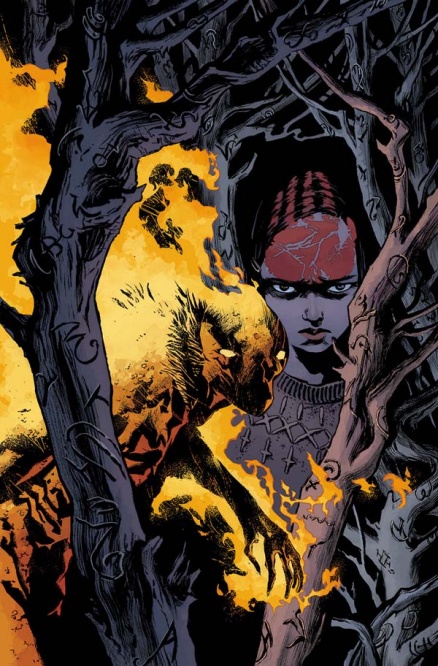 Abe meets a prophetic young woman who knows the truth about his role in what’s coming. 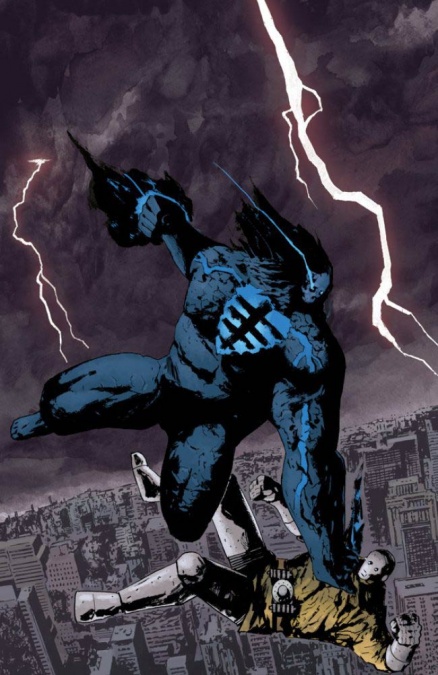 The Black Flame has returned and is wreaking havoc on the Hudson River! Panya and Kate try to psychically help from BPRD headquarters while Liz and Johann battle the Black Flame to stop him from destroying New York City. 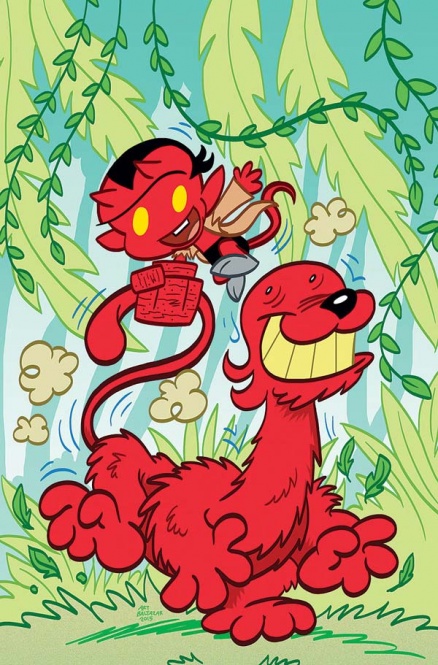 The discovery of the Were-Jaguar distracts Hellboy and his friends from trying to explain the Right Hand of Doom to the island’s residents! What’s that button on Roger’s chest? Why is the Were-Jaguar so friendly? And what do evil Karl and Rasputin want with the beast? 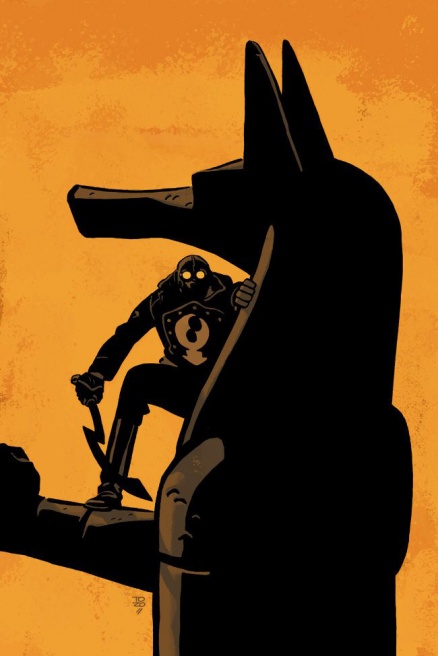 Murder interrupts the opening of a new exhibit at the Metropolitan Museum. Lobster Johnson investigates to find out what makes a blown glass sculpture worth killing for.

And here’s one we missed last month: 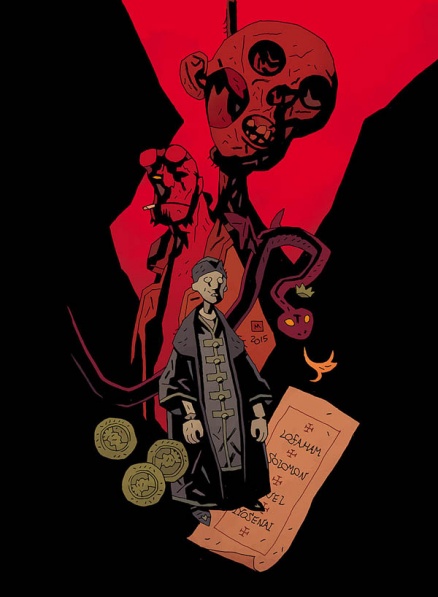 A SPECIAL FLIPBOOK ISSUE! Behind a Brendan McCarthy cover in this issue, which features the next chapter of his surreal Dream Gang, Dennis Calero’s The Suit returns!

BUT FLIP THE BOOK OVER and find a Mike Mignola Hellboy cover and a special eight-page Hellboy story! 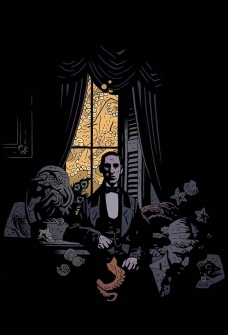 — Dark Horse will be publishing an H.P. Lovecraft-inspired prose anthology “Children of Lovecraft”, edited by Ellen Datlow. Mike Mignola will provide the cover. You can read all about it at Bleeding Cool.

— Polygon has posted the entire first issues of “Hellboy in Hell” and “Hellboy and the BPRD: 1952” for those of you that haven’t picked up the trades yet.

— Skelton Crew Studios is working on new items for the BPRD Artifact Archive. Israel Skelton posted a preview of one expected to be released later this year, the Key to Saint Dunstan’s Box (from “Hellboy: Box Full of Evil”). This is obviously going to a fantastic piece, especially since the studio has so much experience with keys already. However, as new pieces come in, old ones go out. If you want to pick up Edel Mischrasse’s Medal, you’d better hurry: It will be sold out by the end of October.

— I’ve probably said this before, but you should pop by Paolo Rivera’s Instagram page for some sneak peeks at his three-issue arc of “Hellboy and the BPRD: 1953”. It features things like this: 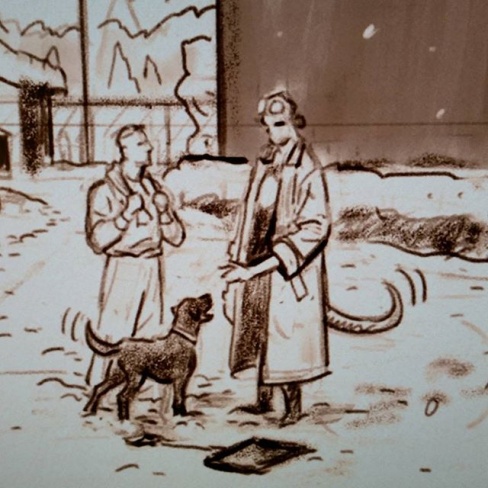 — And Duncan Fegredo posted this image on Twitter. I can never get enough of him drawing Hellboy. 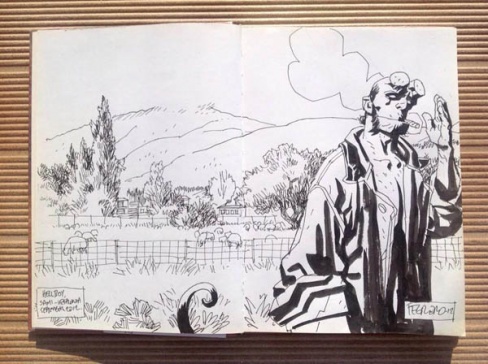 — Gallery 1988 will be hosting Guillermo del Toro: In Service of Monsters, an art show in tribute to the films of Guillermo del Toro. Mike Mignola is one of the artists contributing, and obviously there’s also quite a bit of Hellboy movie art. The exhibit will run from September 11 to October 3. 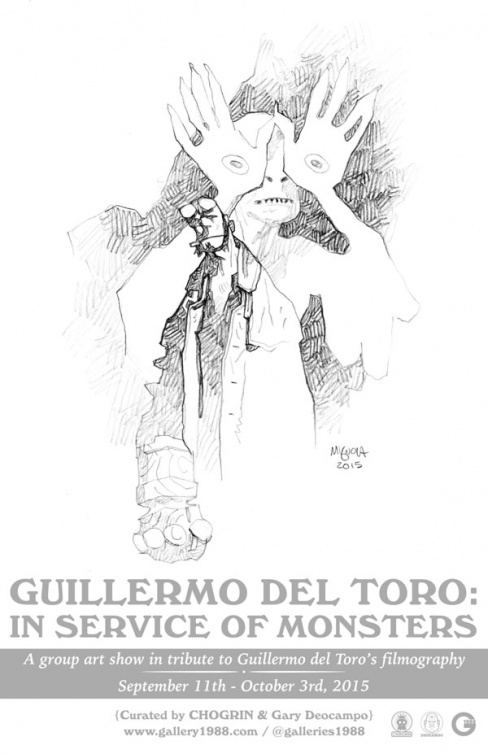 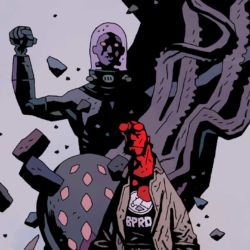