Welcome to Mignolaversity News Update, your monthly recap of all the Mignolaverse-related news from the past month. Newsarama ran February’s solicitations, so let’s check ’em out… 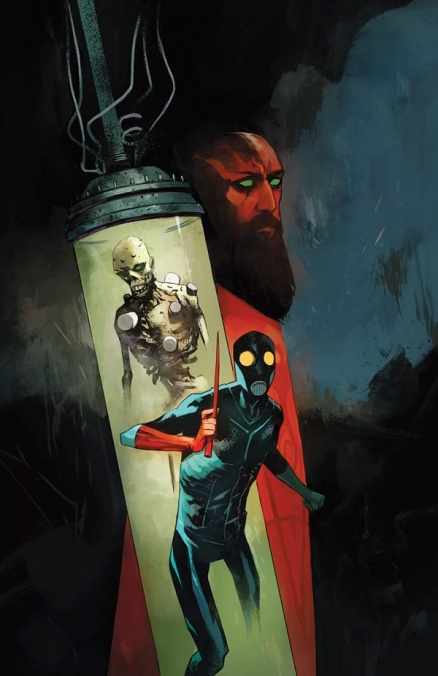 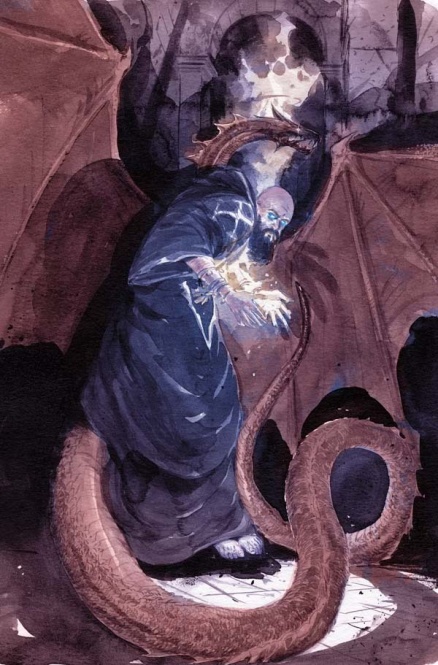 Bruttenholm and Sandhu’s mission to uncover the evasive “Master” behind the Nazis occult experiments is derailed when they fall into the clutches of their enemy. 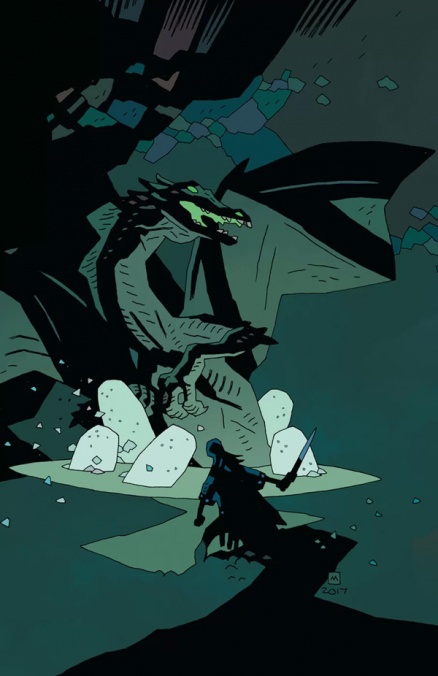 Sent to kill Hellboy by the Baba Yaga in Darkness Calls, Koshchei the Deathless hinted at a long and tragic life before being enslaved to the Russian witch.

Now, in a pub somewhere in Hell, Koshchei tells Hellboy about a dangerous mission when the witch sent him to hunt and destroy the last dragons before their eggs hatch. 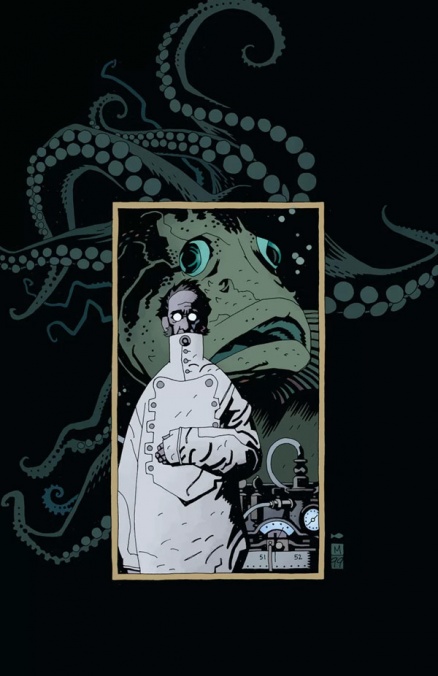 Jenny has been captured and the terrible plague is coming to an end, but when Joe has the chance to escape London a ghost from his past forces him to stay and finish what he started. 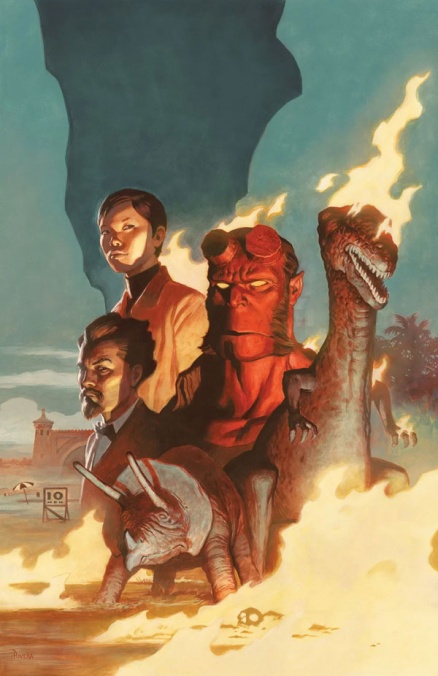 Hellboy investigates a rash of spontaneous human combustions in a Florida town unlike any supernatural phenomena he’s seen before–and the fire has an appetite for Bureau agents.

Plus there’s a “B.P.R.D. Hell on Earth” omnibus in April… 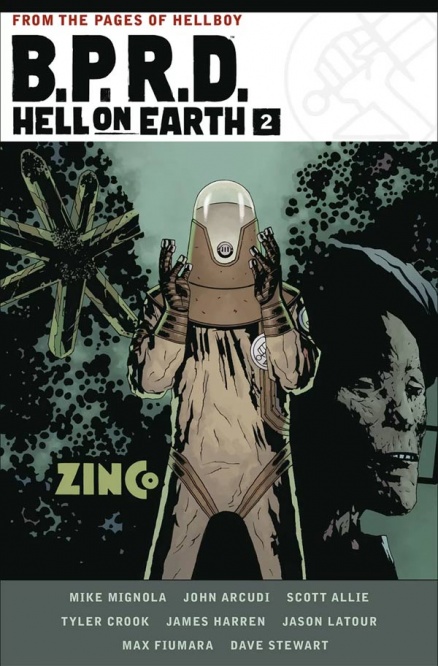 America’s monster problem explodes, society crumbles, and Liz Sherman rejoins the fight, as Nazis seek to bring Rasputin back to finish what he started when he first conjured Hellboy! This deluxe hardcover edition collects B.P.R.D. Hell on Earth volumes 4–6, plus an expanded sketchbook section.

“Picking up objects in the Mignolaverse can cause horrific problems. Thankfully, picking up this book will only elicit thrills.” —SciFiPulse

And now the news… 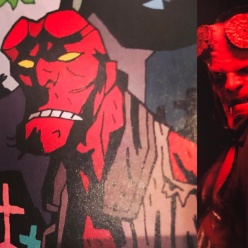 • Deadline reports on further casting announcements: Sophie Okonedo (Hotel Rwanda) will play Lady Hatton, one seventh of the Osiris Club (most recently appeared in “B.P.R.D. The Devil You Know” #3); Alistair Petrie (Rogue One: A Star Wars Story) will be playing Lord Adam Glaren, in the comics a member of the Heliopic Brotherhood of Ra (see “B.P.R.D.: Garden of Souls” and “Witchinfder: Lost and Gone Forever”), but in the film another member of the Osiris Club; and Brian Gleeson (Love/Hate) will play Merlin (see “Hellboy: The Storm and the Fury”).

• Injustice 2 is adding Hellboy to the roster… 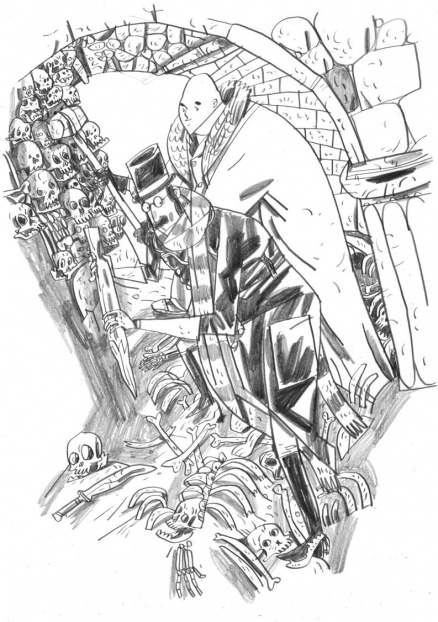 • “Hellboy and the B.P.R.D.” artist Paola Rivera has been sharing his process on his covers for “Occult Intelligence” #2 and #2 on his blog. It really is fantastic stuff (and I sure hope a bunch of it ends up in the trade collection).

• Patric Reynolds has finished work on “Joe Golem, Occult Detective: Flesh and Stone,” his last arc on the title. He always posts excellent stuff on his Twitter and Instagram. He also put up a bunch of commissions recently, including these two: 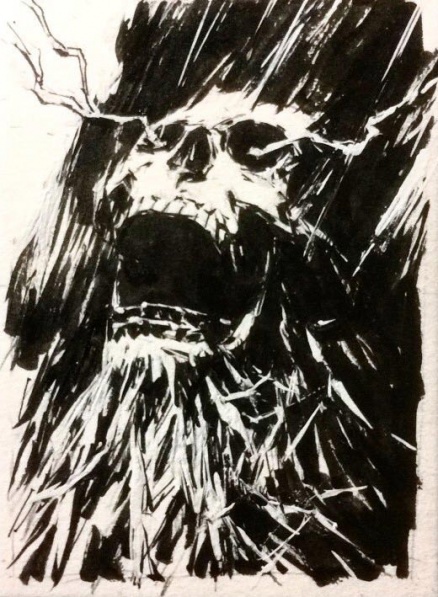 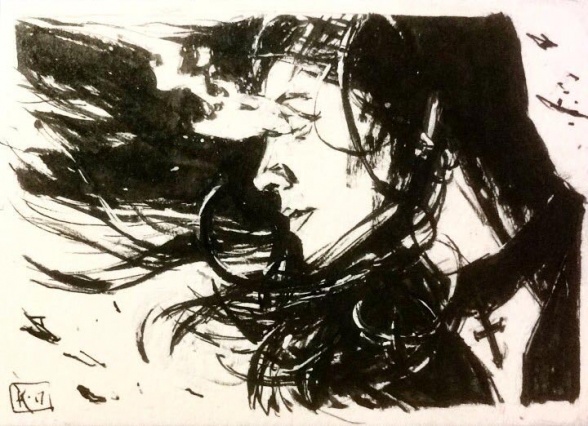 • “Lobster Johnson” and “Hellboy and the B.P.R.D.” artist Stephen Green has been sharing some cool commissions too. 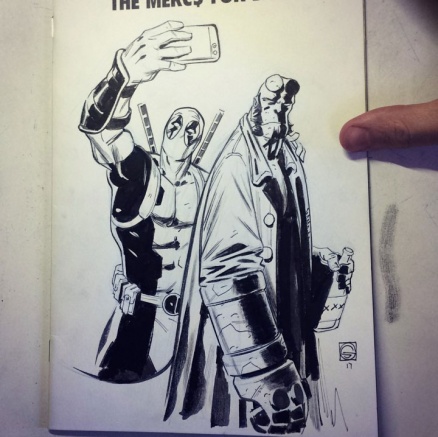 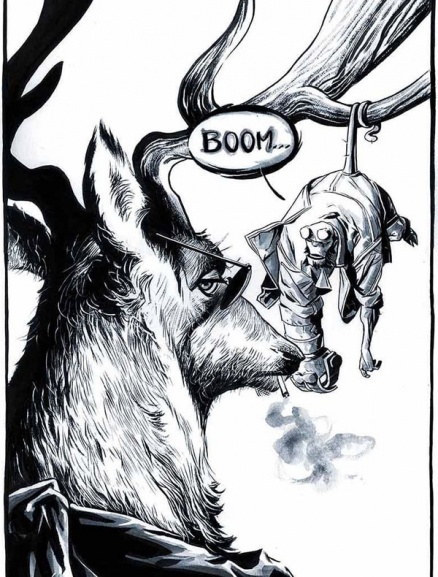 • And here’s a Hellboy from Duncan Fegredo. 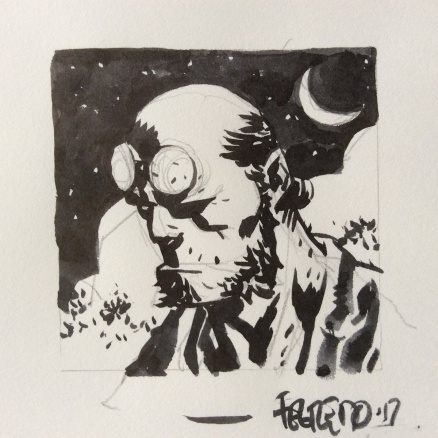 • Until November 30, Ben Stenbeck is doing 20% off his pages and covers. Stenbeck also had a chat to Previews World about the upcoming “Koshchei the Deathless” miniseries. 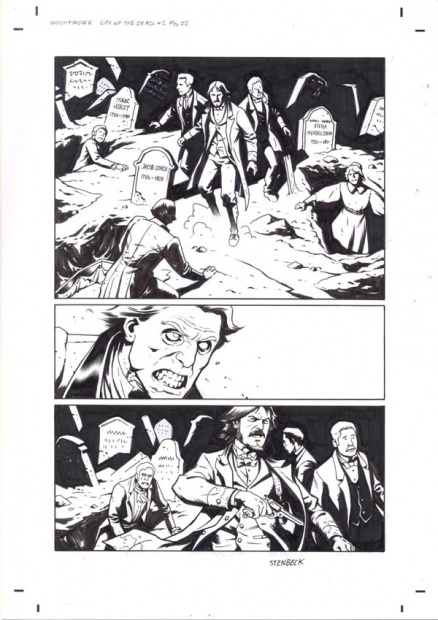 • And finally, Laurence Campbell has been sharing a look at his inked “B.P.R.D. The Devil You Know” pages on Twitter. 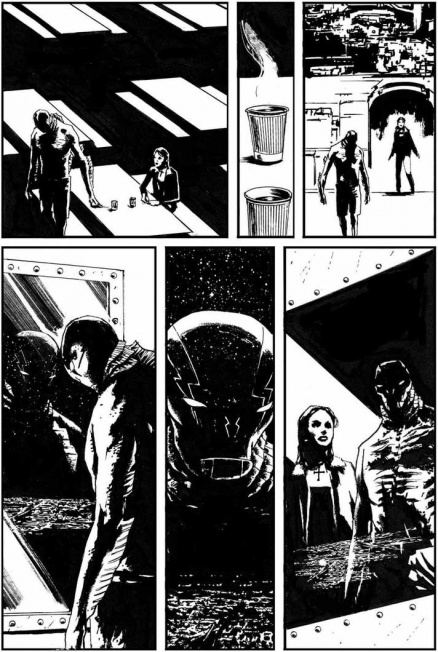