Welcome to Mignolaversity News Update, your monthly recap of Mignolaverse-related news. Given the big surge of news and the following recap articles, there wasn’t much point in doing a November News Update last month, so this month I’ll be doing a double batch of solicitations…

Lord Baltimore is missing. The Red King—evil incarnate—is taking over the world. Baltimore’s team has been driven apart, with some of them dying on the frontlines while others are in hiding.

Since the day he set out for revenge on the vampire who killed his family, Baltimore’s fight has gotten bigger than he’d ever imagined, but what role will he take as evil finally threatens to consume the world?

Protected by his armies marching on Rome, the Red King seems invulnerable as he takes his place at the Vatican for his coronation. How can the resistance hope to get close enough to confront him in human form?

Hellboy hunts ancient Chinese demons in the Walled City of Hong Kong when an old friend of Bruttenholm’s calls in a favor.

A heavily researched look into the early days of the British spy network in the Far East, combined with Mignola’s unique brand of supernatural adventure.

• Brian Churilla (The Secret History of D. B. Cooper) joins the Mignolaverse!

In 1944 Hellboy was conjured in a ceremony meant to give Hitler the ultimate occult weapon. Fortunately, Professor Trevor Bruttenholm was there to witness, and to guide Hellboy to become the greatest paranormal detective in the world. But Bruttenholm wasn’t the only witness to Hellboy’s arrival. A visitor was there, sent to kill the Beast that had been prophesied to kill us all. What the visitor saw, and why he stayed his hand, leads to the most mysterious Hellboy spinoff yet …

The Visitor continues to monitor Hellboy from afar while attempting to navigate American society as an alien in the 1960s.

The New York Harbor Patrol are in over their heads when a ghostly pirate ship appears on the Hudson River, and the Lobster’s hunt for a major mob boss may have something to do with it.

“In a world currently obsessed with Capes and Cowls, it’s refreshing to have a pulp sci-fi book where the hero isn’t perfect, and doesn’t always win.” —Big Comic Page

And there’s a few trade paperbacks and an OGN as well.

Witchfinder – Volume 4: City of the Dead

Flesheating corpses and an ancient temple discovered beneath London lead authorities to call upon Edward Grey, Queen Victoria’s official occult investigator. But the sinister Heliopic Brotherhood of Ra also has interests in the underground ruins. When they ask for Grey’s help, he has to wonder if the threat is great enough to team up with a secret society he’s sworn to destroy. Collects Witchfinder: City of the Dead #1–5.

Hellboy: Into the Silent Sea

The Rise of the Black Flame

The BPRD’s greatest foe was not always a man …

Little English girls are going missing, and the trail leads to a bloodthirsty cult wielding an ancient power of evil—the Cult of the Black Flame.

No villain in the history of Mike Mignola’s line of books has caused as much death and destruction as the Black Flame. See what it was like when that power belonged to a secret order of priests hidden in the jungles of Siam. Collects issues #1–5 of the series.

“Mignola has a knack for blending action, adventure, and horror into one cohesive, entertaining story.” —ComicWow! TV

And that’s it for solicitations. On to the news! 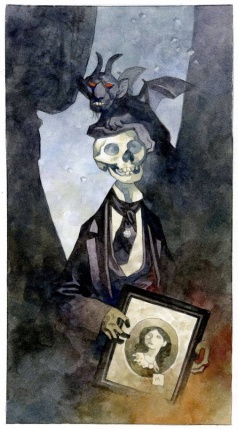 • Mike Mignola posted another painting. (I love these. Can’t get enough of ’em.)

• John Arcudi’s run on “B.P.R.D.” ended last month. Mike Romeo did an incredible pair of interviews with Arcudi about his work (Part 1 / Part 2), the whole Mignolaversity team picked a bunch of our favorite moments from his run, and Arcudi’s co-creators talked about his work.

• Previews World spoke to Chris Roberson about “The Visitor: How and Why He Stayed”.

• Hollywood Reporter gave us our first look at “Baltimore: The Red Kingdom.”

• Geof Darrow has drawn a pair of covers for the “Hellboy Winter Special 2017.”

• Stephen Green’s artwork from “Black Sun” is now up on Felix Comic Art. Check it out.

• And Duncan Fegredo has some new brush and ink drawings for sale on his site.

• Patric Reynolds has been sharing his process again, this time from “The Unreasoning Beast”. It’s awesome that he does this. 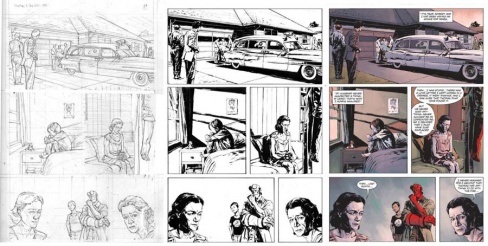 • Max Fiumara also shared some of his process work. And he did a real nice Liz commission. 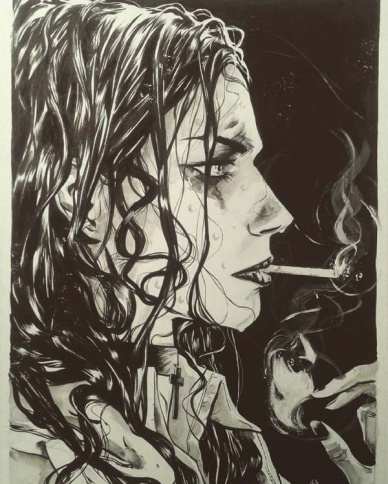 • Julián Totino Tedesco’s been showing off his concept covers for “Witchfinder: City of the Dead”. 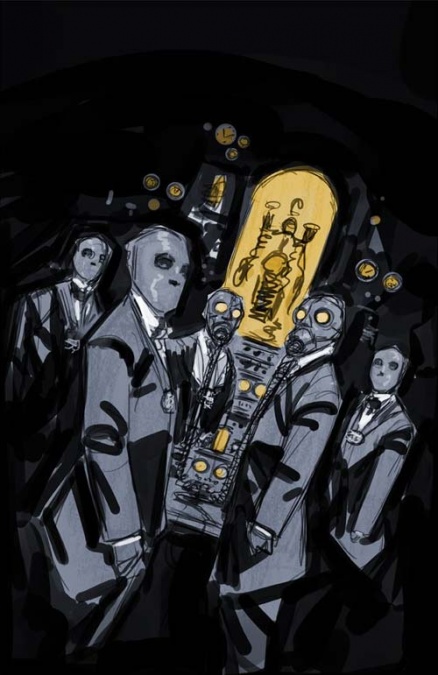 • Meanwhile Christopher Mitten’s been sharing some of his inked pages from “Rise of the Black Flame” #1. 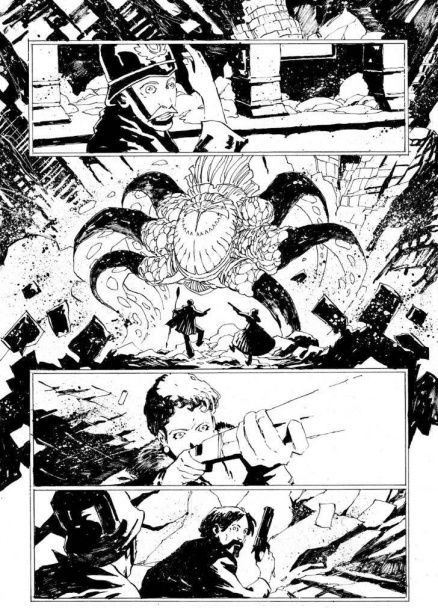 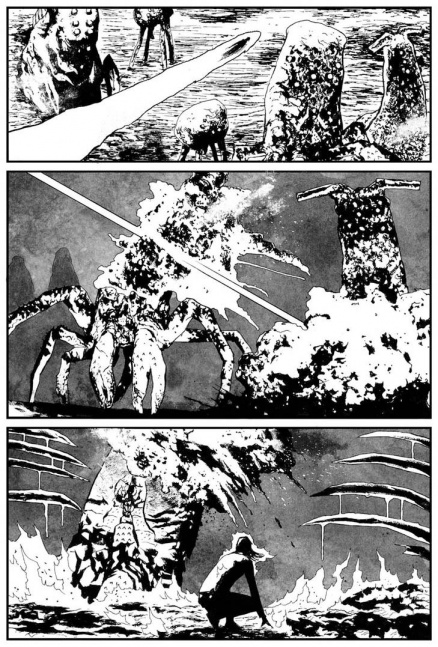 • And I’ll leave you with this glimpse of “Lobster Johnson: The Pirate’s Ghost.”