Welcome to Mignolaversity News Update, your monthly recap of all the Mignolaverse-related news from the past month. But first, the August solicitations of Mike Mignola’s titles (from Newsarama)… 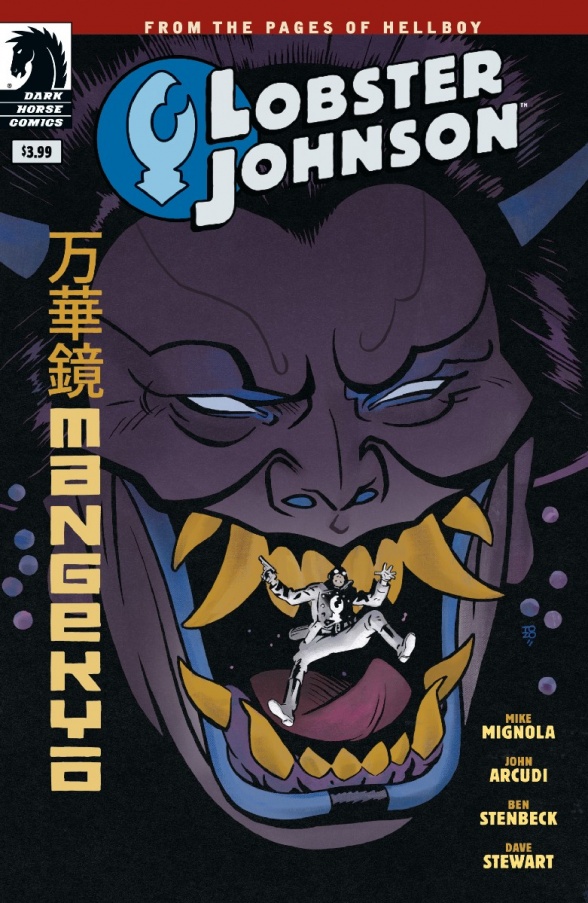 The Lobster foils an attempted prison break, but must answer to the person behind it—the assassin, witch, and longtime enemy the Crimson Lotus, one of the most enigmatic villains of the Hellboy world. 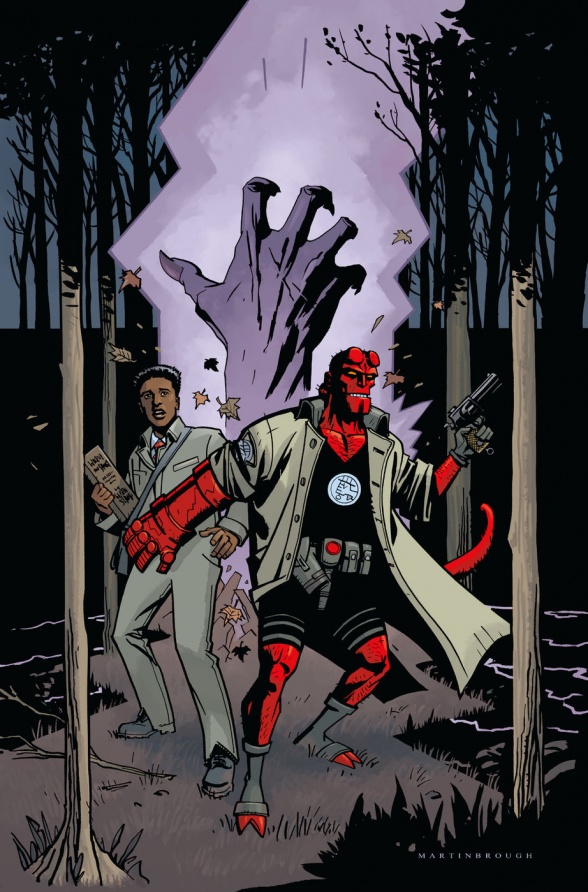 A missing group of teens in Oregon’s backwoods leads Hellboy to confront a cryptozoological horror with origins similar to his own! 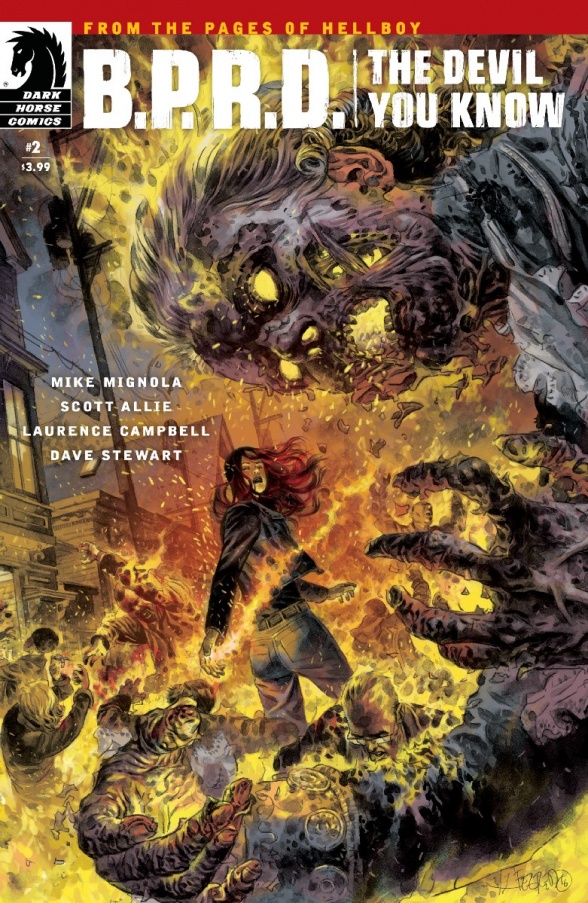 With the apocalypse narrowly averted, the cults that sprang up in response to the worldwide crisis are left with idle hands.

And there are a heap of books coming in October… 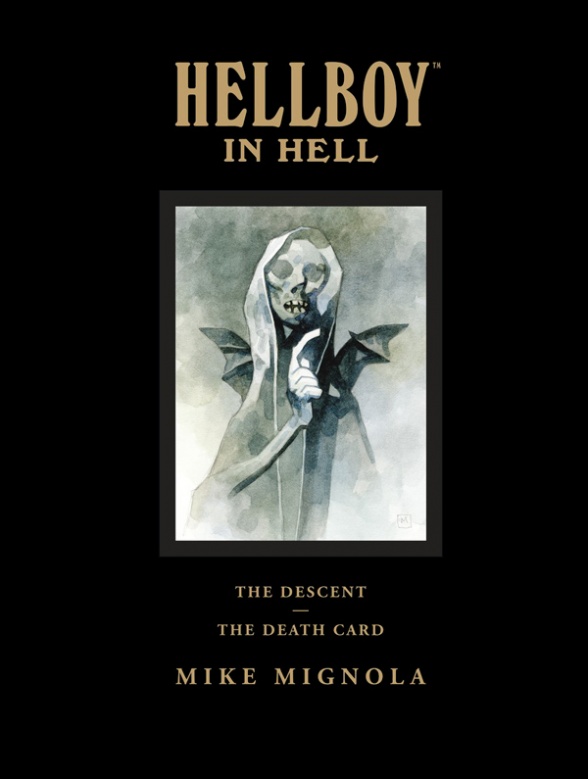 Written and Illustrated by Mike Mignola
Color by Dave Stewart

After sacrificing himself to save the world, this epic conclusion of Hellboy’s story follows him on a journey through Hell, where he once again faces off against the Vampire of Prague, pleads his case when accused of murder, and fulfills his destiny by destroying Pandemonium itself.

This deluxe, oversized hardcover edition collects Hellboy in Hell: The Descent and The Death Card, plus an expanded sketchbook section.

“This is a masterpiece.” —Multiversity Comics

THE VISITOR
HOW AND WHY HESTAYED 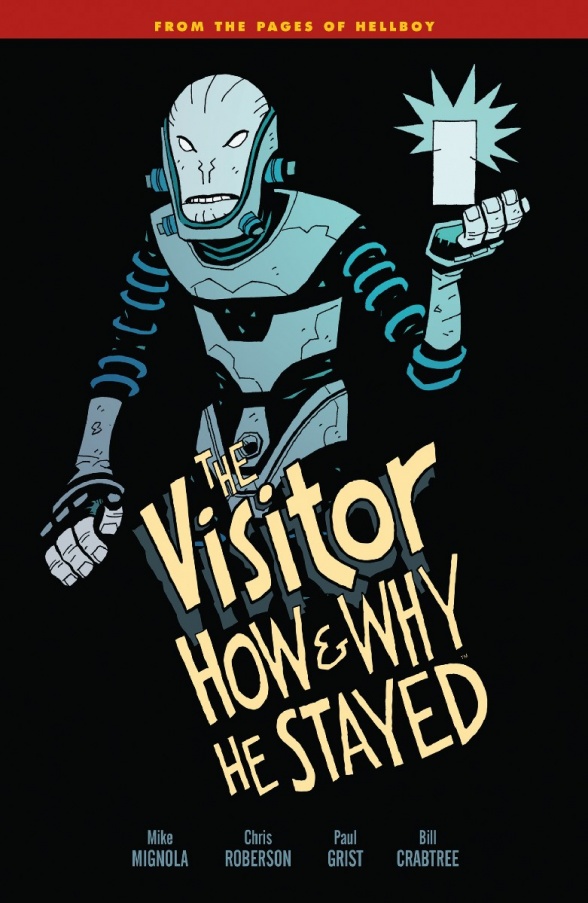 In 1944 Hellboy was conjured in a ceremony meant to give Hitler the ultimate occult weapon. Fortunately, Professor Trevor Bruttenholm was there to witness and to guide Hellboy to become the world’s greatest paranormal detective. 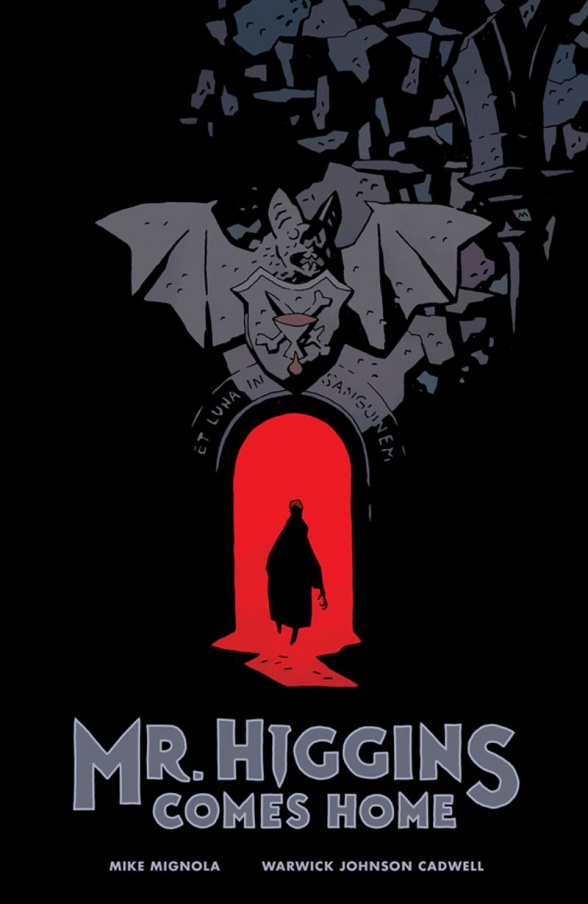 Preparations begin at Castle Golga for the annual festival of the undead, as a pair of fearless vampire killers question a man hidden away in a monastery on the Baltic Sea. The mysterious Mr. Higgins wants nothing more than to avoid the scene of his wife’s death, and the truth about what happened to him in that castle. However, these heroic men sworn to rid the world of the vampire scourge inspire Higgins to venture out and to end the only suffering he really cares about—his own. 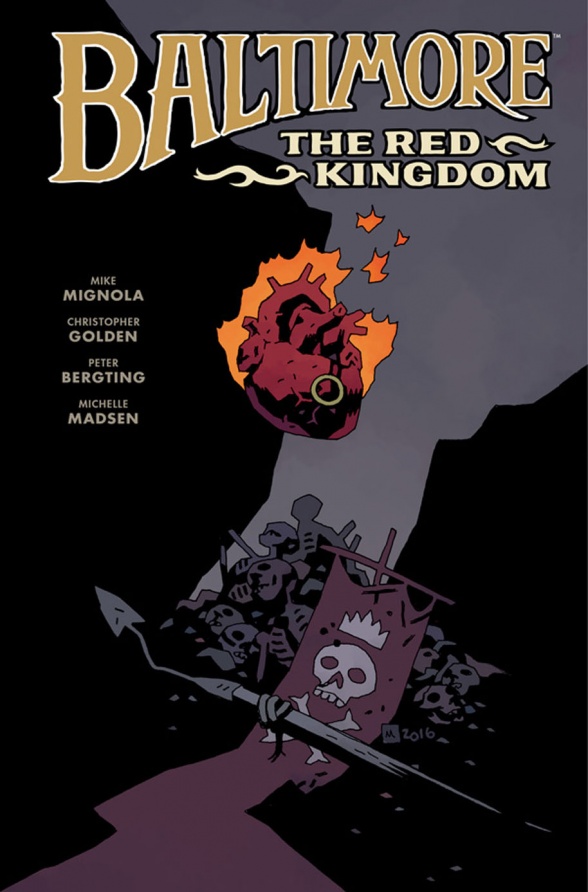 The Red King amasses power on his way to the Vatican coronation while his armies sweep across Europe in an unholy war. Lord Baltimore is missing and his allies are scattered across the continent. Is there any chance left for the resistance to stem the oncoming tide before the world is drowned in blood?

• The final arc of Baltimore! 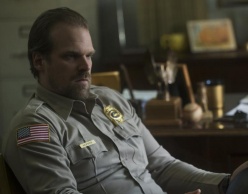 • By now you’ve probably already heard there’s a new Hellboy movie in the works. It’s not Hellboy III though, as Guillermo del Toro already said back in February. This new film, with the working title Hellboy: Rise of the Blood Queen, will reboot the franchise. The reboot will be helmed by director Neil Marshall (who previously directed The Descent, plus a few episodes of Game of Thrones), produced by Larry Gordon, Lloyd Levin, and Mike Richardson, with a script by Andrew Cosby, Christopher Golden, and this guy called Mike Mignola.

Obviously this is awesome news.

In talks to play the lead role is David Harbour… y’know, Jim Hopper from Stranger Things. Honestly, I think that’s damn near perfect casting. Also worth noting, this new reboot is going to be R rated… or at least, no one’s trying to force it to be PG-13. Co-screenwriter Andrew Cosby spoke to a little about the rating, saying “…this is a darker, more gruesome version of Hellboy. Neil said from the very beginning that he wanted to walk a razor’s edge between horror and comic book movie, which was music to my ears, because that’s what I was shooting for in the script, and precisely what Mignola does so well with the comics.”

So don’t expect Hellboy to start dropping F-bombs all over the place. This is about freeing up the director to pursue the most appropriate tone for the film.

David Harbour certainly seems excited about the film, sharing this picture on Twitter. The panel is from “Hellboy: The Wild Hunt” in which Hellboy goes up against Nimue, the Queen of Blood. Probably a good thing for him to be reading since he’ll be going up against the Blood Queen himself sooner or later. 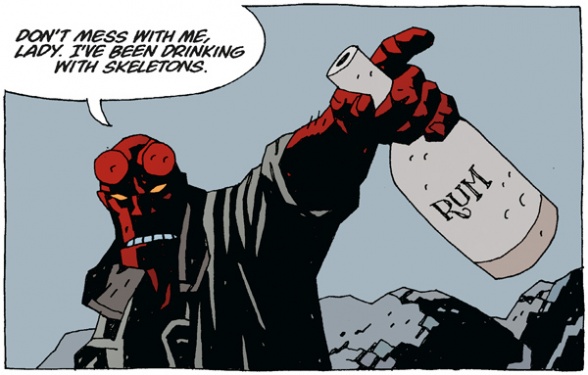 • As you saw in the solicitations above, there’s a new original graphic novel coming from Mike Mignola in October, “Mr. Higgins Comes Home,” with Warwick Johnson Cadwell (“Helena Crash”) on art duties. Just last week Nerdist ran a preview of it. I’ve avoided the previews for myself (I want to read the book in one go), but I’ve heard good things from those that have taken a peek.

• “Hellboy and the B.P.R.D.: 1955” kicks off in August with the one-shot “Secret Nature.” Writer Chris Roberson and artist Shawn Martinbrough (“Thief of Thieves”) spoke to Newsarama about it recently.

• Writer Scott Allie spoke to PreviewsWorld about the upcoming “B.P.R.D. The Devil You Know” which kicks off in July. It sounds like he plans to hit the ground running.

• Close on the heels of last month’s announcement that “B.P.R.D. Hell on Earth” would start coming out in omnibus editions in December was more omnibus news. “Abe Sapien: Dark and Terrible” is getting the hardcover treatment as well, with the arc split over two volumes. The first arrives in November and the second some time in 2018.

• “Hellboy: Into the Silent Sea” came out last month, and with it a bunch of interviews with co-writer and artist Gary Gianni. If you only read one, make it the 13th Dimension one. It’s a great piece with a spectacular look at Gianni’s work. The others are from Entertainment Weekly, Horror News Network, The Beat, Outer Places, and Daily Dead.

• In art news, Tonci Zonjic is showing off his inks for “Lobster Johnson: The Pirate’s Ghost.”

• And Ben Stenbeck shared this little teaser of the Lobster from “Mangekyō.” 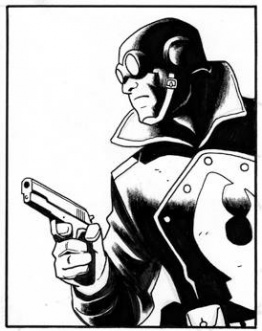