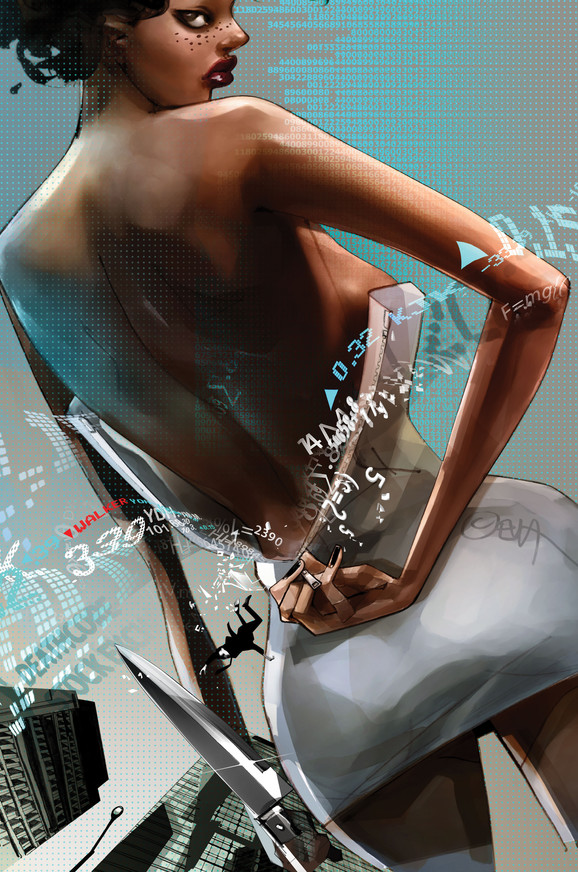 Naturally, on the heels of my piece yesterday lamenting Vertigo’s fallen state, DC/Vertigo announced a brand new title from writer Peter Milligan and artist Leandro Fernandez, titled “The Names.” Described as a mash-up of “The Wolf of Wall Street” and “Kill Bill”, my immediate inclination was to think that this was Milligan’s “The Discipline” retitled, but that is in fact not the case: that book is now officially delayed.

The book focuses on a woman named Katya Walker as she tries to break into the world of the 1%, as the men who pull the strings financially for the nation had something to do with the death of her husband, and Milligan goes further in explaining the story:

“She was married to a banker twice her age. The opening scene in the book is someone coming in and seeing this banker — her husband — and telling him, ‘Now you’ve got to jump out of your window.’ He persuades him for reasons we don’t know yet to jump out of this 20-story high window. Katya gets news that her husband has committed suicide. She doesn’t believe for one minute that her husband’s committed suicide. The story becomes her search for the truth: who killed him and why did they kill him.”

“The Names” is in reference to a secret organization that controls the financial game, and it is a group that falls under the target of Walker.

It’s an interesting sounding title from an OG Vertigo creator and an artist who has long impressed, but certainly fits more into the scheme of titles with a very small audience like “Hinterkind” and “Coffin Hill” that have come from Vertigo recently. We’ll see what happens with it, but I find the timing of this to be endlessly amusing.