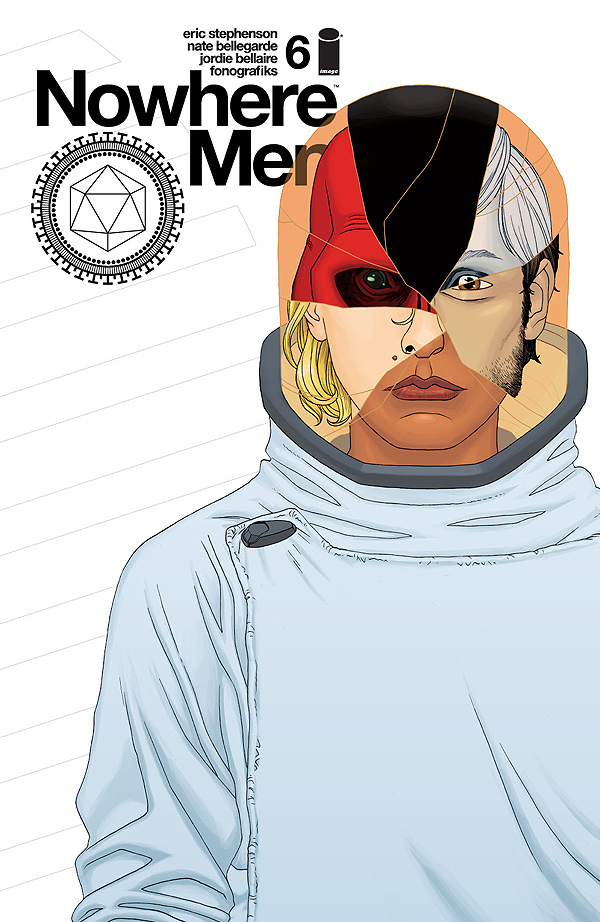 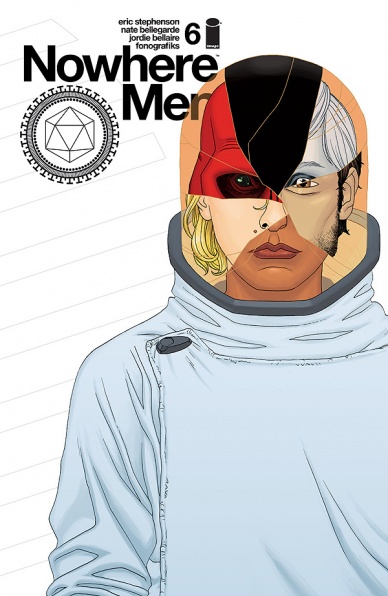 It’s been a question that we’ve all been generally asking: whatever happened to “Nowhere Men”? A pretty big hit right out of the gate, Eric Stephenson and Nate Bellegarde’s incredibly fun science comic picked up 2014 Eisner noms for Best Continuing Series, Best Writer and Best Penciller/Inker, with colorist Jordie Bellaire picking up an Eisner nom for her work as well. There’s also great “Science is the New Rock and Roll” t-shirts.

But the book has been missing for some time now. There was a tremendous delay between the last issue (#6, October 16th, 2013) and the one that came before it (#5, May 22nd, 2013). Several issues of the book were even solicited beyond that point, with artists Emi Lenox and Moritat both mentioned in the solicits, but all of them were cancelled. The book simply disappeared, and neither Stephenson nor Bellegarde talked much about it.

Well, today Bellegarde has opened up about the book’s disappearance in a very long essay entitled “Where are the Nowhere Men?” It’s a very long read, but in it Nate attributes all delays to himself in concurrence with the Boston Marathon bombing (Nate’s based in Boston) as well as family issues, living situation issues, relationship issues and more. Not only that, but Nate explains that depression played a big part in it, depression and other disorders that had been undiagnosed for a long time, and that despite planning for a break from the book to allow for smooth sailing, things fell apart.

Nate mentions on his tumblr that he’s fine with people copy/pasting the entire essay, but we’ll refrain. I’d encourage you to read the entire post if you’re interested, but I think this snippet is probably the most poignant of the whole thing, in which Nate sums it all up:

So where am I at now? Now I am on two different antidepressants, still seeing a therapist every few weeks. I still haven’t finished Nowhere Men #7, though my foremost concern has been getting better. I do still work on it but when I do, I’ve been letting myself dive too hard and too deep into elaborate and excessive designs and redrawing everything I deem unfit for publication. There is a lot of unconscious and unintentional stammering and stalling, and I think it’s because I am worried about what will happen if I do actually finish. Namely, that nothing will happen, that there won’t be anyone left who cares or wants it anymore. I am still figuring things out but I need to start acting on these new understandings. ADHD and ASD both have their drawbacks, ADHD forces me to pursue every thought that comes into my head regardless of what I’m already doing, and ASD makes it hard for me to multitask and prioritize what is important. But they both have helped me in many ways, my mind is constantly being filled with new ideas and because I am detail-oriented and would rather spend time in my own head than in reality, world-building is perfect and enthralling. Nowhere Men is the ideal outlet for me. My entire life I have been struggling against my natural inclinations instead of using them to my advantage, turning my weaknesses into strengths. I just have to find my square hole.

“Nowhere Men” #7 may not see print for some time, but we do wish Nate the best and also luck to the book and its creative team at the Eisners. Even with the delays and the unfortunate situation Nate found himself dealing with all at once, it’s a very great book, and one well deserving of the accolades.

We look forward to its eventual return.