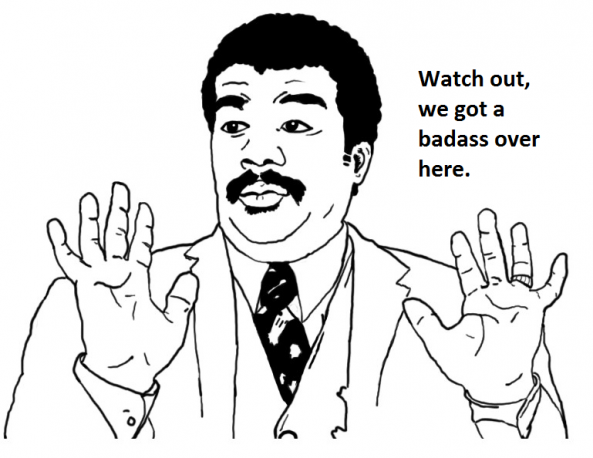 It looks like we really do have a badass over here. Okay, get this: Krypton’s a real place. Like, an actual, real place in our universe. Crazy, right? Well, the New York Post is reporting that resident badass astrophysicist Neil deGrasse Tyson has found a location in our universe for Superman’s home planet Krypton after consulting on this month’s “Action Comics” #14.

Am I the only one a little bit giddy?

The issue will feature Superman’s ‘Mission To Mars’ and will have Clark look to the skies to see a glimpse of his home planet, Krypton. That’s where Tyson comes in as he found a place where Krypton could be.

The “real” Krypton is in the Corvus constellation, about 27.1 light years from Earth, orbiting the red dwarf star LHS 2520, Tyson determined.

So, if you’re lucky, you could get a glimpse of Krypton. I know I’ll be looking for it. And, for an added bonus, Corvus is the genus Crows belong to; Clark Kent played for the Smallville Crows.