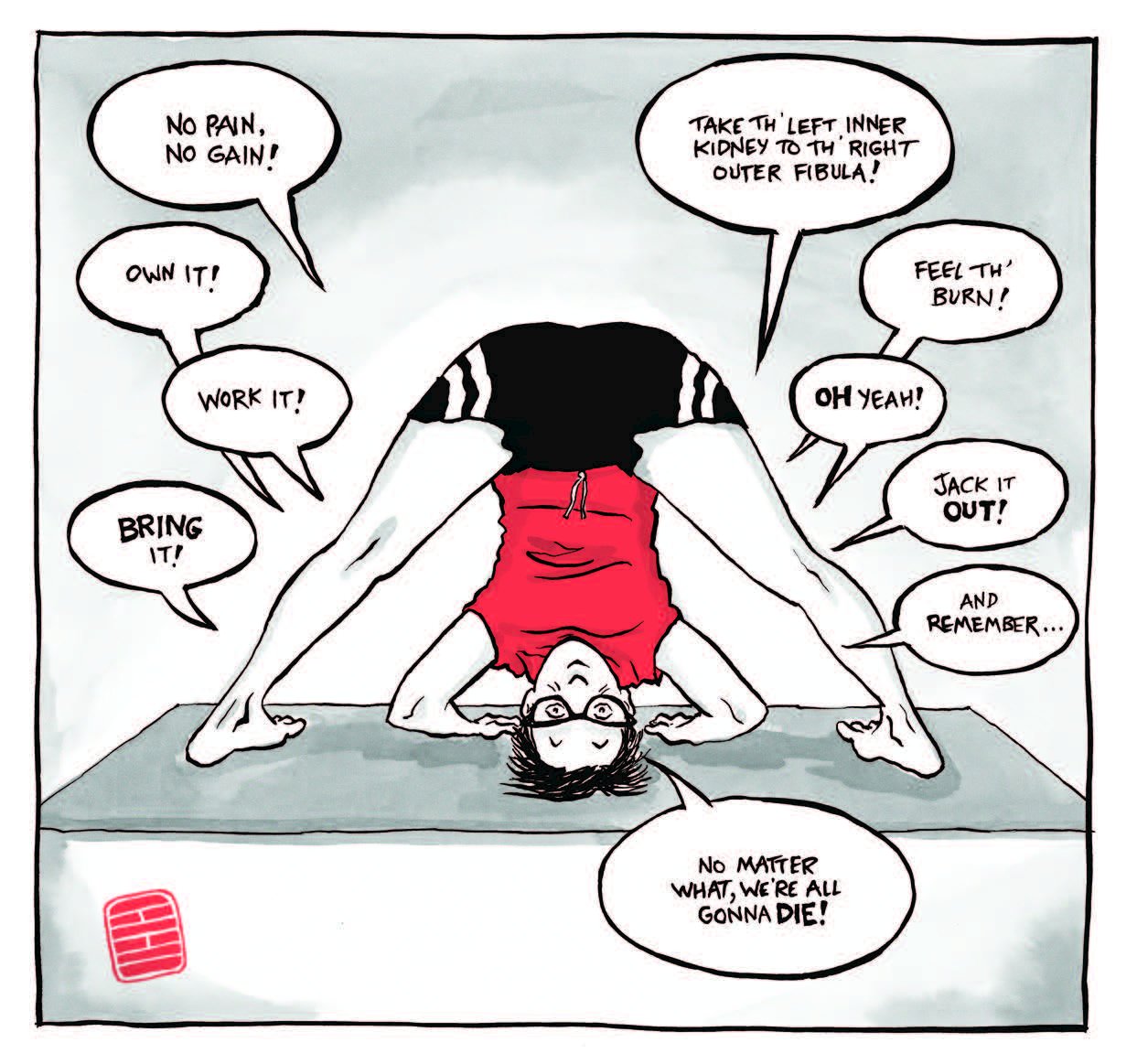 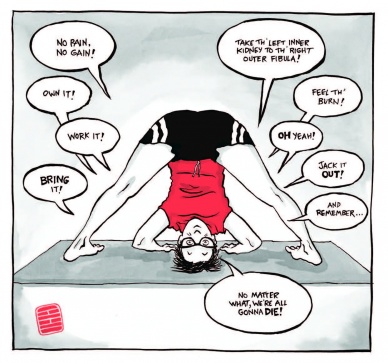 No sooner was it announced that Alison Bechdel had won a MacArthur “Genius” Grant, but now we have the announcement for Bechdel’s next book: “The Secret to Superhuman Strength.”

As revealed in the New York Times Bechdel’s latest book and third memoir will follow her obsession with “fitness and exercise fads, including downhill skiing, uphill skiing, rollerblading, martial arts, running, hiking, weight lifting and home workout videos and currently, yoga,” as perhaps a bit obvious in the above image, the only visual we have from the book so far. The NY Times also reports that the book will explore the history of fitness fads in general, and will relate how Bechdel uses exercise for inspiration with her work.

All said, it’s a pretty interesting premise for a book. I do like the idea of exploring fitness fads in America considering the general American stereotype is someone overweight, so insight into this topic could certainly be interesting in comic form. That, and if this book matches Bechdel’s proclivity for dark and somewhat uncomfortable but very human personal insights, it is perhaps safe to assume that the genius grant is being put to use quite well.

The book is currently set for publication in 2017 from Houghton Mifflin Harcourt. Keep this one in your radar.