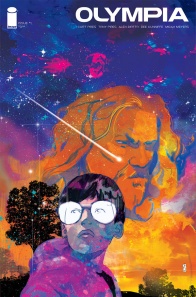 Cover B by Christian Ward

Image Comics has announced “Olympia,” a new miniseries from writer Curt Pires (“Wyrd,” “POP”), co-written with his father, Tony Pires, and artist Alex Diotto (with whom Curt previously collaborated with on “Mayday”). The story centers on a young comic book reader named Elon whose favorite superhero, Olympian, steps out of the panels and into Elon’s reality. As Elon tends to the injured superhero, the duo must soon face something evil that followed Olympian into Elon’s world.

The heartfelt and comedic story was conceived three years ago as a project Curt and his father could work on together, while the elder Pires underwent cancer treatment. After Tony’s passing, the first issue of the story that the father and son team wrote will be released on November 20th. The book is described by Curt as “a love letter to the Spielberg movies we loved so much smashed against the cosmic epicness of the Jack Kirby joints that laid the foundation of our modern entertainment landscape. These are the most personal and raw comics I’ve been a part of, and I hope you’ll join us.”

“Olympia” #1 will hit stores on Wednesday, November 20: it will come in Cover A by Alex Diotto and Dee Cunniffe (Diamond Code SEP190047), and Cover B by Christian Ward (Diamond Code SEP190048). It can be pre-ordered with your local comic shop or purchased across many digital platforms, including the official Image Comics iOS app, Amazon Kindle, Apple Books, comiXology, and Google Play. 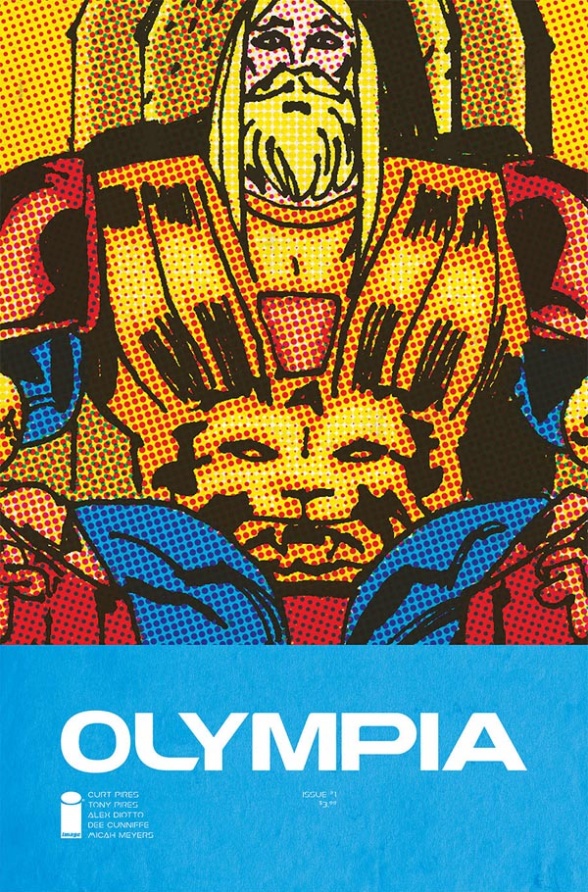 Cover A by Alex Diotto and Dee Cunniffe