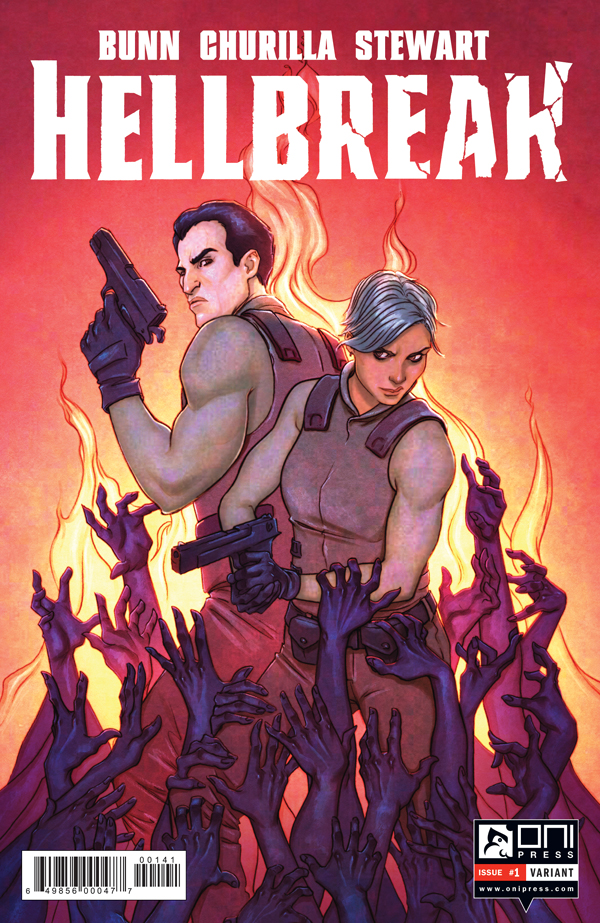 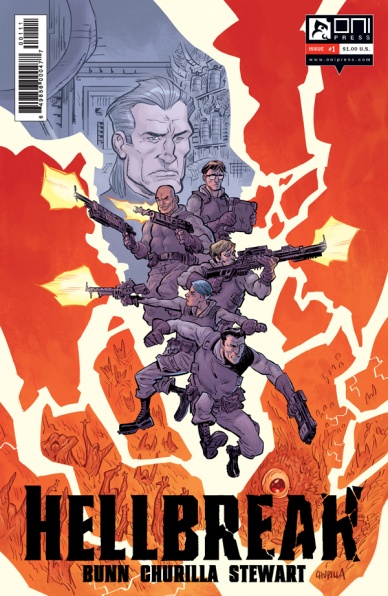 Originally announced back in March of this year and pushed back as Jordie Bellaire left the team, “Hellbreak” from Cullen Bunn, Brian Churilla, and Dave Stewart is finally coming to comic shops in March of 2015. For the unfamiliar, “Hellbreak” is something Oni Editor Charlie Chu described as, “kind of like Cullen Bunn writing ‘BPRD’ meets Inception with Brian Churilla channeling Alex Toth and Moebius with a big dose of David Cronenberg.” It’s about a mercenary team that ventures into Hell to retrieve souls, only there are a multitude of Hells, each different than the last and just as dangerous as the one before, if not more so.

As someone who’s already read the first issue, let me tell you, this is something you’re going to want to be on board with. Even better? Churilla’s cover to “Hellbreak” #1 is just $1. I doubt you’ll be able to beat that cost-to-quality ratio come its release in March.

We can look at “Hellbreak” as Bunn’s big followup series to “Sixth Gun”, his Eisner and Harvey nominated series with artist Brian Hurtt that will be ending next year, and with that in mind, Oni is rightly making a big deal out of this. With the launch in March, “Hellbreak” is going to be sporting some fantastic incentive variants from some great artists, and if you frequent Bleeding Cool, then you’ve already seen Dave Johnson’s variant. That beauty is available to retailers who order at least 150 copies of Churilla’s cover.

Now, it’s our turn for an exclusive. Feast your eyes on the Jenny Frison – Multiversity’s runner up for cover artist of the year – variant for the first issue, available to those shops that order at least 50 copies of Churilla’s cover, and man, it is a beauty. 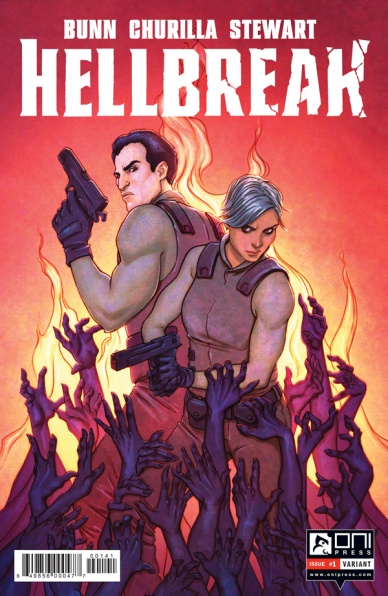 The only catch is this variant – like the Johnson one – is $3.99, but regardless, this is something to get excited about. It’s an all-star creative team working with a fantastic concept, a great publisher, and it’s all just $1 for the first issue if you go with the standard cover. How could you miss it?

Charlie Chu knows you can’t, and he sums the book up pretty well. “Hell, weird monsters, and people wrestling with their inner and outer demons,” he shared, before adding, “With lots and lots of explosions.” Who doesn’t want that? No one, that’s who. So, go ahead and get on the “Hellbreak” hype train. It starts right here folks.