Sad news, everyone: that comic you’ve been wishing for has been temporarily put on hold.

In a site update today by writer Kieron Gillen, Kieron notes that “Phonogram: The Immaterial Girl” will not in fact be happening this year. While it had been originally announced to come out towards the end of 2012, this is no longer the case due to life happening and other scheduling issues. Kieron, for instance, has this new fancy “Iron Man” comic coming out from Marvel, and Jamie was working on the finale of “the Defenders” with Matt Fraction. So, because of this and perhaps more, no “Phonogram 3” just yet.

On the plus side. we get the first look at a page! 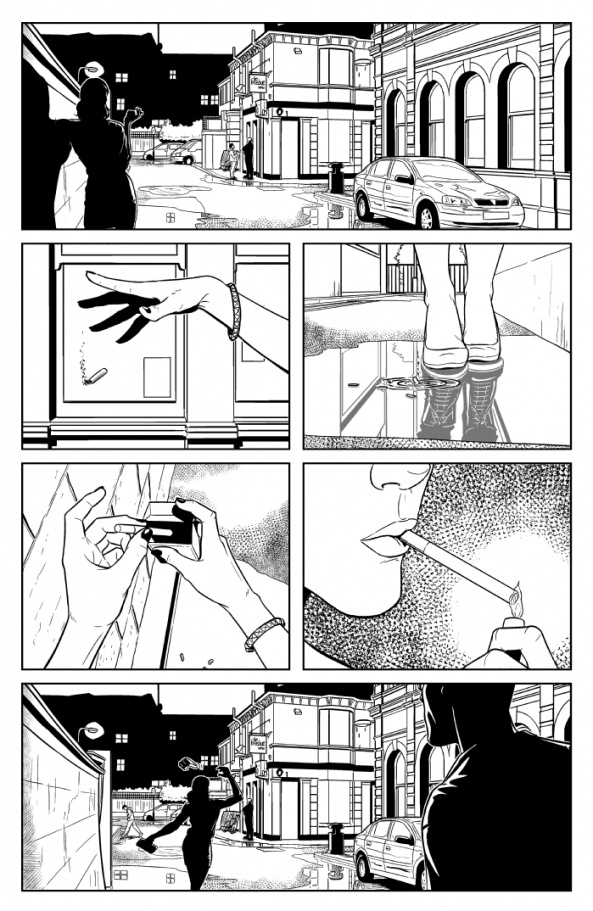 What is that Emily up to now? And I spy with my little eye something neat about that third panel there.

Of course, there is the aforementioned silver lining. In the same update Kieron makes note of that upcoming “Marvel NOW! Point One” collaboration between himself and McKelvie on what we’ve speculated/been told is a “Young Avengers” title starring Kid Loki and friends. We’d assumed that it was just for the short, but if “Phonogram” is on hold, perhaps Kieron and Jame will be going all out and launching a “Young Avengers” ongoing? You’d like that, wouldn’t you? We know we would.

So, no “Phonogram” in 2012, perhaps in 2013 — but Kieron and Jamie will be working together on a comic that we will probably love just the same, if not more. Certainly not less. One door closes, but a window is opened with a cool breeze (and other metaphors). We’ll keep you updated on whatever comes next.