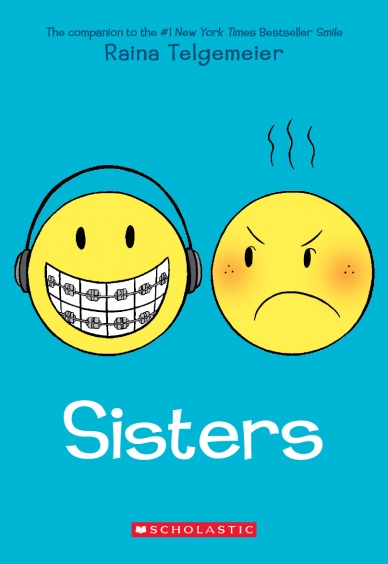 In an industry that often struggles to find success stories, lamenting dwindling print runs and books that lack crossover appeal, Raina Telgemeier’s success going under-the-radar continues to be rather on the surprising side. After all, her book “Smile” has been a smash hit, dominating sales charts with over 1 million copies now in print. Those types of successes are increasingly rare, and typically when they’re seen in America, they’re all-ages titles like “Smile” was, which is even more exciting because it means that kids – KIDS! – are reading comics, and good ones at that.

Now, the Wall Street Journal has shared (via Comics Reporter through ICv2 – whew!) that her late summer release – titled “Sisters” – is launching with an enormous 200,000 copy print run, putting it on track to be one of the big comic book success stories of 2014. As Tom Spurgeon notes at CR, Telgemeier is undoubtedly an enormous star at this point, with “Sisters” just being the next salvo in that move. She’ll be touring with fellow all-ages giant Kazu Kibuishi (“Amulet” Volume 6, coming soon!) to support the book, and best of luck to Raina as she continues to see her star rise. It’s fantastic news for both her, and for the industry in general.