This September will see the launch of the fourth installment of Steve Parkhouse and Peter Hogan’s “Resident Alien.” One of the best new series to spin out of the last few years of “Dark Horse Presents,” “Resident Alien” is the story of an extraterrestrial who finds himself stranded on earth. The titular alien, who we come to know as Harry, possess the ability to cloak himself, so he’s able to present as an aged human doctor. Harry’s an interesting guy, with an affinity for mystery novels and the drama of human life.

While the premise may sound like a set up for your stereotypical E.T. pastiche, what Parkhouse and Hogan have created here couldn’t be further from that. “Resident Alien” lends itself more to a mystery series, as Harry finds himself taking ‘cases’ with equal parts reluctance and enthusiasm. Sure, there are some government spooks who’re trying to track him down, but so far that’s something that’s only lingering in the background.

Check out the solicit for issue one, as well as an exclusive first look at Parkhouse’s cover!

Resident Alien: The Man with No Name #1 (of 4)
Written by Peter Hogan
Illustrated by Steve Parkhouse
On sale Sept 14
FC, 32 pages
$3.99
Miniseries
A stranded alien hides in plain sight, posing as a doctor in Patience, Washington. After he accidentally exposes himself to federal investigators who are on his trail, a mysterious arsonist and a stubborn agent arrive in town to heat things up! Peter Hogan (2000 AD, Tom Strong) and Steve Parkhouse (Milkman Murders, Doctor Who) continue their unique, acclaimed science-fiction/murder-mystery series!
• Another standalone murder mystery from a critically acclaimed comics team! 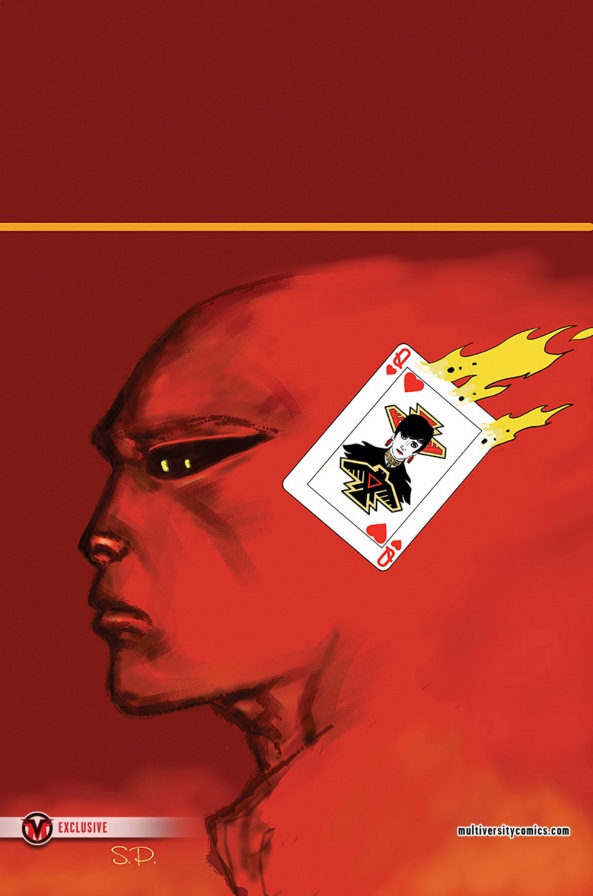 As we close out Dark Horse Month here at Multiversity, I thought it would be fun to chat with two of the men who have been with the company since the beginning. If Daniel Chabon is on one end of the seniority spectrum of Dark Horse editors, these two gentlemen are at the other. As […]

Alice Creed would be everyone’s favorite Princeton professor, that is if she ever bothered to show up for class. Instead, she moonlights as a private detective dealing in supernatural circumstances and monster hunting. Obviously, this really eats into her lecture time. “Semiautomagic” collects the first two stories of the weird investigative serial from Alex De […]

Mike and Greg close out their month of Dark Horse-focused discussions with a free-ranging conversation on the publisher’s history. How did an idea in the back of one comic shop owner’s mind turn into one of the mainstays of the American comics publishing market? What kept Dark Horse afloat when so many other companies launching […]