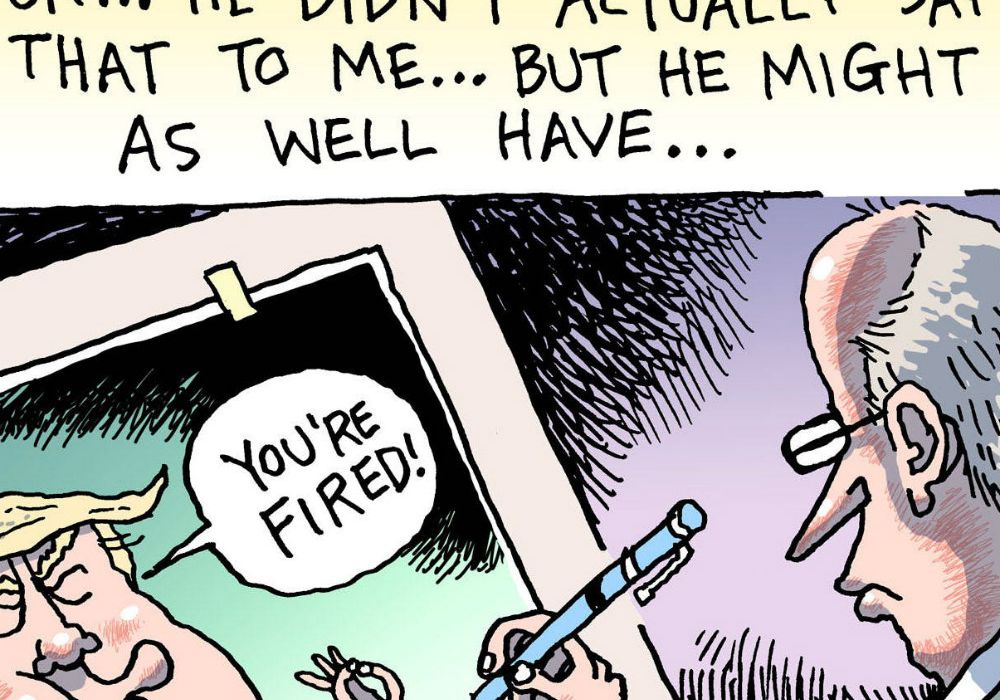 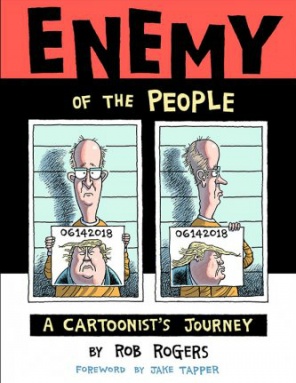 President Trump-criticizing cartoonist Rob Rogers is partnering with IDW:PDX to release “Enemy of the People,” a collection of cartoons, essays, and other material stressing the importance of freedom of speech.

The Hollywood Reporter broke the news on the collection, which will contain a number of cartoons that got Rogers fired from his job at the Pittsburgh Post-Gazette. As we reported earlier this year, Rogers, who worked at the Gazette for 25 years, was fired after turning in several cartoons critical of President Trump and his policies. Many of those cartoons were pulled from the paper in the lead-up to Rogers’s dismissal.

Rogers’s book will contain not only those cartoons, but also essays from fellow political cartoonists, a tutorial on creating political cartoons, and a foreword from CNN’s Jake Tapper. In a statement accompanying the Hollywood Reporter article, Rogers said the ability to continue speaking truth to power is not something to be taken lightly.

“Satire is the ultimate expression of free speech,” said Rogers. “[It] reminds us that we live in a healthy democracy. But we are living in a time like no other in our country’s history, a time when the media is under attack, a time of extreme partisanship. We need satire and editorial cartoons more now than ever.”

“Enemy of the People” is set to release on Dec. 11, with the first 500 pre-orders receiving a Rogers-signed bookmark.